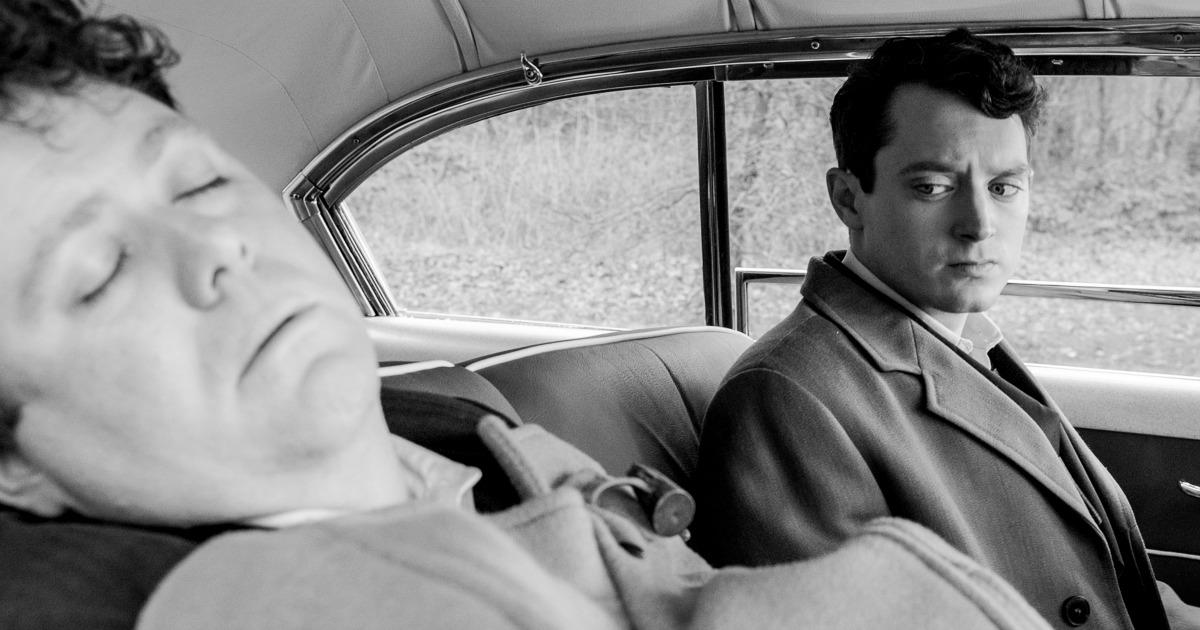 Hero worship can be the damndest thing, just look at the life of John Malcolm Brinnin.

Despite himself being a well known and critically lauded poet, the late writer was best known for his appreciation for the work of legendary Welsh poet Dylan Thomas, and ultimately his attempt to bring him stateside. The first person to do so, he penned a full book about the exploits on that tour, Dylan Thomas In America, and it couldn’t be a greater textual example to the negatives of hero worship.

However, it’s also a far more nuanced subject, and thankful the filmic take on this very time period is awash in nuance.

The debut feature of director Andy Goddard, Set Fire To The Stars not only takes its name from the most famous of all Dylan Thomas poems, but looks directly at this moment in history, when the legendary and troubled Irish-born icon jumped stateside. Elijah Wood stars here as John, a newly tenured academic who decides that it is high time the celebrity poet, Dylan Thomas, comes to the US to enlighten the intelligensia. Co-writer Celyn Jones plays the troubled scribe, and when the two find that their time together in Manhattan may not pan out as one previously thought, John ostensibly kidnaps Thomas, taking him to a hidden and reclusive family cabin with the hopes of getting him in shape for the rest of the tour. At times a kinetic look at a troubled creative genius, at others a melancholic tone poem about the dangers of having idols, Goddard’s debut is a muted black and white beauty that both lacks narrative propulsion, and yet is elevated by both gorgeous photography as well as two superb lead performances.

The inherent issues here lie with the handling of the material. Despite two great lead performances from Wood and Jones, the film’s real emotional heart never gets the life put into it. With stylish black and white and some fantastic costuming, the period is sold relatively well, but despite all the hero worship at the film’s center, the emotional drama never finds much lyricism. The second act, once the lead pair arrive at a quaint cabin, thrives here as we actually begin learning a little about Thomas, but come the final act it all feels a bit too superficial, with the edges sadly softened. Thomas was a troubled genius, and Jones’ performance brings that across in its own way, but never to an extent to where the viewer emotionally connects with him or the man who finds his work so enlightening.

That being said, the film does feature two noteworthy performances. Wood is great here as our quiet lead, and his subdued emotional state really plays well cinematically with Jones’ Thomas, a rambunctious riot of a man. Jones has a certain way with Thomas’ poetry that brings fire and vitality to the all too few readings the film shoots, and his physicality in the interchanges between he and Wood’s lead is a real highlight here. Not quite adhering to a standard three act structure, the narrative is relatively engaging and yet one can’t help but think that the discussion of Thomas is quietly surface-level, never willing to get the film’s hands dirty with any emotionally dense character work.

Goddard’s direction is superb, however. With gorgeous, contrast heavy black and white and some solid costume work really helping to embed the viewer in both the era and the type of cinema this narrative is directly influenced by, the camera is a loving one, and yet one that does help add an ounce or two more emotional gravitas to the picture. Willing to linger on any charater at his weakest moment, much of the all too rare emotional resonance comes from Goddard’s direction. Ostensibly two character studies in opposition of one another, the film attempts to follow the trend of biopics set around a moment in one person’s life, but is unable to mine either of these men’s lives deeply as it attempts to do both concurrently. A solid, if emotionally cold, look at the dangerous, and yet purely human, vice known as hero worship, Set Fire To The Stars is a good debut film that will leave the viewer craving so very much more, having learned not quite enough.