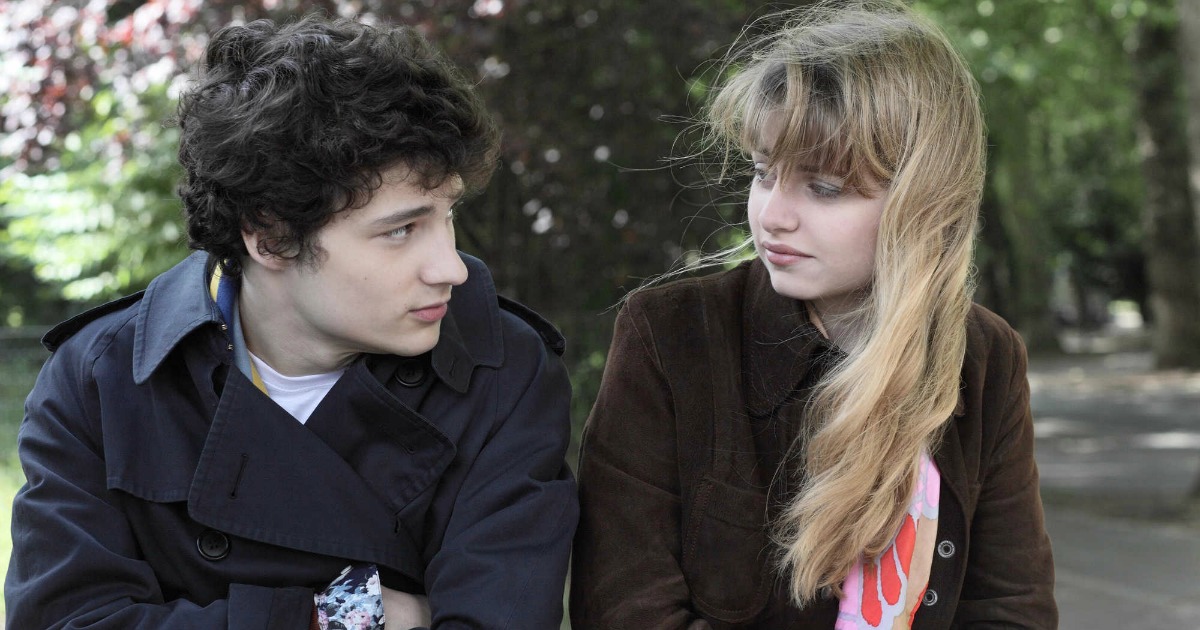 When one thinks of directors behind burgeoning franchises, the last name one would come up with is Arnaud Desplechin, and yet, here we are. Now, that lede is a tad bit misleading, but with the director’s latest, and possibly greatest, work, entitled My Golden Days, he’s not only returning to his roots but the very lead character of his third film My Sex Life…Or How I Got Into An Argument.

Once again we meet Paul Dedalus, an anthropologist played by Mathieu Amalric, as he prepares to leave his latest home, Tajikistan. Told in ostensibly three vignettes with the final narrative taking up a majority of the runtime here, we watch as Paul looks back on his life including his childhood dealing with a broken home, a trip to Russia which led to the proverbial birth of a second Paul Dedalus, and finally his time in college and in the throes of a love affair with a beautiful young woman named Esther.

For the most part, the first two chunks of the story here are intriguing, but it’s the final storyline that is the film’s strongest thread. In this flashback, which spans a great number of years, we see Paul (played here by Quentin Dolmaire) as he returns home for a break from school to spend time with his sister and the ever-evolving groups of friends that they ostensibly share, only to have things completely upended when he falls head over heels for the beautiful Esther (Lou Roy-Lecollinet). The two begin what is ultimately a deeply passionate love affair spread out over various weekends the two share, a striking (if not entirely original) take on the coming of age drama that is synonymous with French cinema. It’s a deeply affecting series of moments, with the performances here (particularly Roy-Lecollinet, who is absolutely going to be the “next big thing”) played in the same heightened key as the film’s direction. Dolmaire is a perfect fit here, as he brings a sense of energy to the role of Paul that seems logical given all that we’ve seen from the character. There’s a romanticism to his performance that is quite beautiful, and it pairs perfectly opposite Roy-Lecollinet. Roy-Lecollinet is not only a beautiful actress that has all the magnetism one imagines in their first true love, but there’s a vulnerability to her that is rare in this type of faux-manic pixie dream girl. These are two performances that are shockingly nuanced, and will hopefully spark lengthy careers for both parties.

This is decidedly a Desplechin film through and through. Be it simply his return to a character he started his career with, or more specifically the heightened sense of style he brings to the proceedings, this is as much an auteurist statement as we’ve seen yet from him. One’s eye will particularly be drawn to the numerous bursts of energy he gives to the film, ranging from his use of music to the blocking off of frames within a frame for a montage or even the numerous times he uses an iris shot, with the final story thread giving us a handful of fourth-wall-shattering moments where both our leads directly address the camera narrating their various love letters to one another. The photography here is quite gorgeous, particularly as it evolves from story to story. There’s a coldness to the Russian set piece, and there’s a real warmth and vitality to the central vignette, for example. While on the surface, the idea of yet another coming of age picture may induce some rolling of the eyes, Desplechin is not only able to get at some deep truths about the heightened nature of first loves but gives the film a sense of style that is entirely his. It also ultimately makes the film’s final few sequences, inherently about the lasting nature of this first love which concludes in a confrontation one won’t soon forget, utterly devastating.