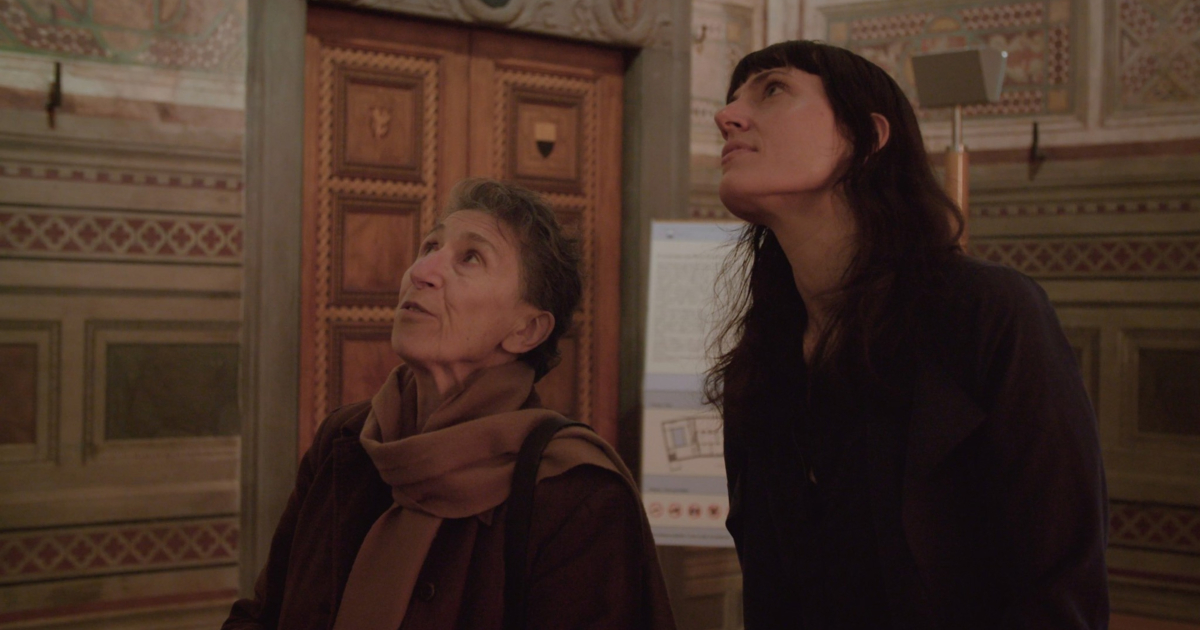 Despite being centuries into this experiment known as Democracy, humanity’s own foundational understanding of what this political structure truly is as amorphous as every. One of the great questions and great political crises of our time, “what is democracy” is the very central debate raging across countries and cultures throughout the world.

Taking viewers right into the heart of this very issue is the latest film from director Astra Taylor (Zizek!), an essay-type documentary entitled What Is Democracy?.

Over the span of roughly 110 minutes, Taylor dives head first into everything from the routes of democracy to the collapsing democracies seen from Greece to these United States, attempting to use new interviews with some of today’s great intellectuals as well as some with regular every day citizens with the hopes of bringing about an active discussion about the systemic issues pertaining to this political structure.

That’s what makes this film the special piece of work it is. Without ever veering into the world of populist pandering or anti-democracy propaganda, Taylor’s film is a genuinely nuanced and thrillingly dense attempt to break down, brick by brick, this political structure that has forever changed the world. Taking real-world examples like its formulation in Greece to the economic collapse centuries later in that very same country, Taylor talks to surgeons, factory workers, intellectuals like Cornel West and Wendy Brown and politicians like Zoe Konstantopoulou all in an attempt to spark some sort of dialogue about ruling bodies in today’s society.

But again, to call this academic would be to miss the point. Despite being relatively rudimentary in its construction and actual aesthetics, Taylor weaves an occasionally meandering discussion that never takes the viewer’s intelligence for granted while also not being too stuffy as to seem like a college dissertation. Maybe it’s simply the charisma of some speakers like Angela Davis or former North Carolina representative Henry M. Michaux Jr., but Taylor’s film is an energetic work that is styled as a run-of-the-mill talking head issue picture, but has a depth of knowledge and willingness to leave questions unanswered that’s refreshing and intellectually quite energizing. And even there, to call it aimless is also a bit slanderous. Primarily focusing on the 2009 economic crisis in Greece, Taylor’s main focus is on the connective tissue between democracy and democratic bodies and the capitalistic economic structures that seem to govern every decision made by leaders across the world. Some points verge on the predictable and well-worn like racism in Trump’s America, but the looseness with which Taylor jumps from one subject to another keeps the pace propulsive without feeling too shapeless.

Stylistically, the film leaves a bit to be desired. As mentioned before Taylor mainly blends simple interview sequences with source footage, only rarely breaking this mold. The film’s at its most interesting when it goes out into the “real world,” interviewing everyday men and women in the workforce or on the front lines of activism or those seeking asylum. These interviews are quietly the film’s most stimulating moments because while discussing the structural issues pertaining to democracy is intriguing, but hearing how the system is lived in by those who do the living is incredibly enticing. Co-released by Kino Lorber and Zeitgeist Films, What Is Democracy? is the first great documentary of 2019, and will hopefully find an audience as it slowly makes its way into theaters and onto streaming services where it will likely spark much debate for those who take a shot on it.