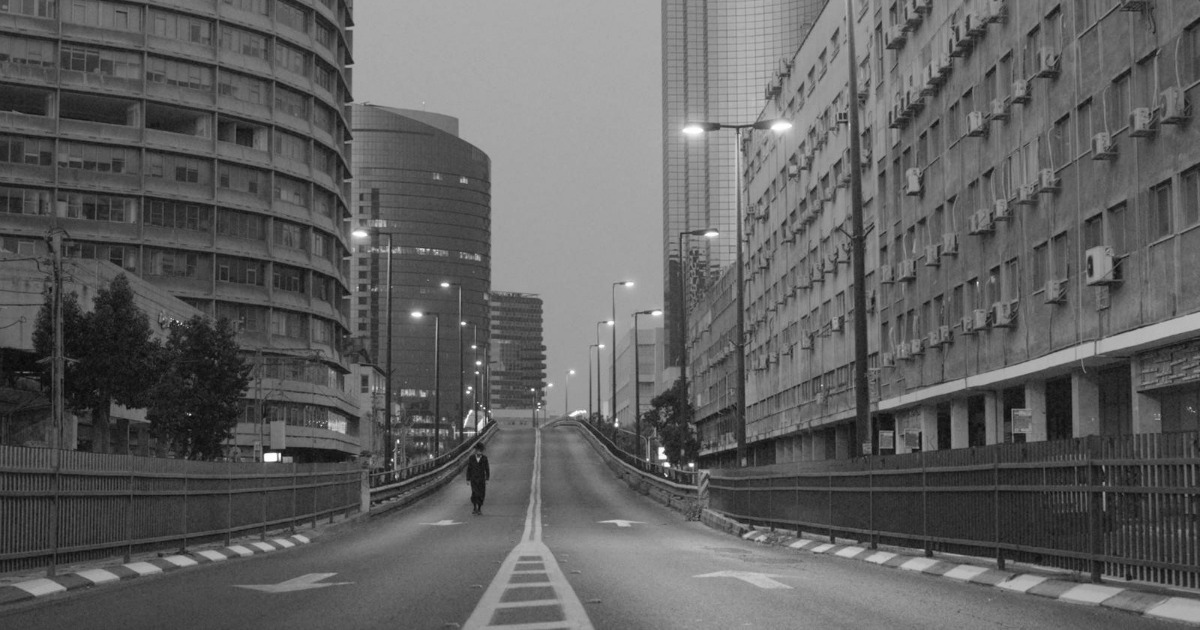 Saying something is “like a David Lynch film” or calling something “Lynchian” is often not only lazy and cliche but also in many ways meaningless. When you have people calling films ranging from Alejandro Amenabar Open Your Eyes to Southland Tales as “Lynchian,” the descriptor not only loses much of its meaning but also becomes amorphous in a way that Lynch’s films absolutely are not.

But then there is a film like Tikkun. A hit on the festival circuit with runs at festivals ranging from Locarno to New Directors/New Films, this film comes from director Avishai Sivan and while it lacks the humor and energy of Lynch’s best work it owes a great deal aesthetically to the legendary wild-haired auteur.

Tikkun introduces us to Haim-Aaron, a son of an incredibly religious butcher. Haim-Aaron himself being a Yeshiva student, his own battle with faith is the center of the picture after a freak accident in the shower involving a sudden bit of sexual arousal that leads him to actually be pronounced dead. However, after being given life by his father in a sequence that’s as heart-stopping as it is brazenly quiet, the film only heightens it’s already dream-like aesthetic to become a deeply powerful and haunting meditation on one’s battle with faith.

The third film from director Sivan, this is a startling aesthetic achievement. The latest film to draw the “Lynchian” tag, this film in many ways defies the history of that descriptor, living up to it. Despite lacking the humor and odd liveliness that permeates a film like Eraserhead, there are numerous tableaus that are directly referencing Lynch’s early feature, with Sivan’s film seeming to be just as interested in world building and a character’s relation to space as Lynch. Less inky in its photography, this black and white cinematography is no less powerful and percussive, with grotesques popping up like the nightmarish images that hint at the descent into lunacy that both films’ leads fall into.

Despite the influence, this film stands on its own two legs thanks to a very singular voice. There are lengthy silent sequences that play throughout the film, particularly the last act which is almost entirely visual storytelling, a series of events that are as genuinely unsettling as they are breathlessly alluring. The performances throughout this film are uniformly great, which itself is an achievement. A cast of primarily non-professional actors, the film is led by Aharon Traitel, an actor who must portray a man not only in a crisis of faith, but one that must decide if his near death experience was either his father defying God’s will or God giving him a sign that he’s in need of redemption following his brief sexual arousal. It, as the film as a whole is, is a deeply quiet performance, a performance fitting of a character who himself is embarking on a nightmarish religious odyssey. It’s a powerful and nuanced take on a character that we don’t get to see very often.

While the label of “Lynchian” means about as much as the eye rolls it induces in any film aficionado, Tikkun is the rare film that seems to be directly influenced by the work of that legendary auteur. Despite being a touch overlong and admittedly not the most propulsive of narratives, Sivan’s film is one of the year’s most beautiful films, and it is also one of the most intellectually stimulating.