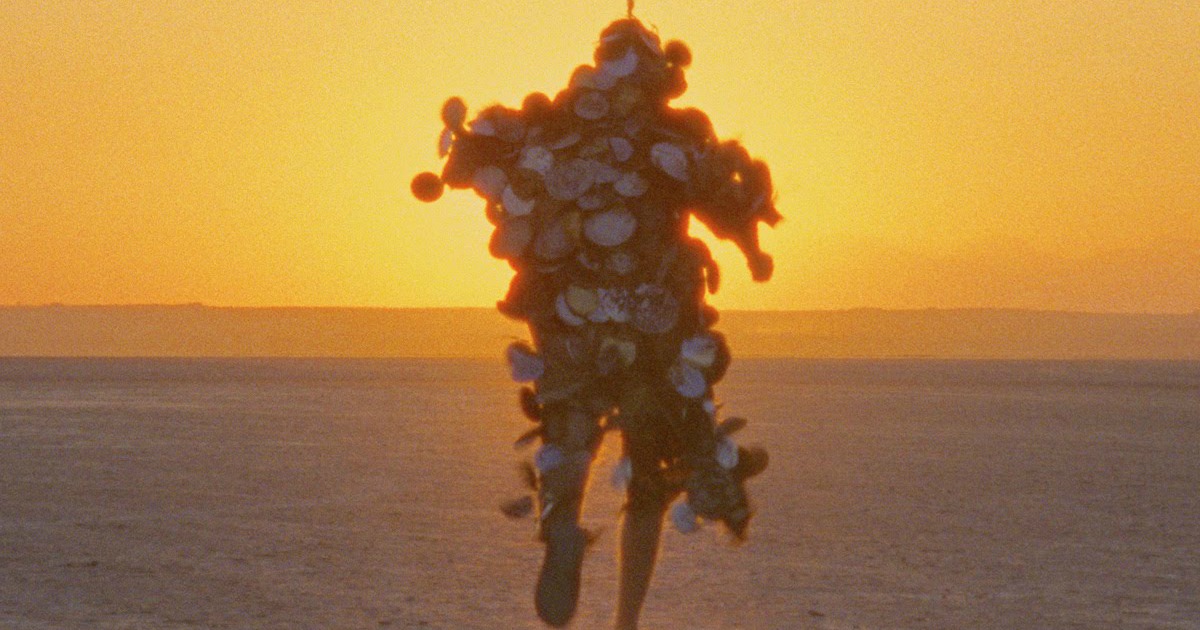 What’s in a name? Well, if you’re the latest film from director Ben Rivers, it could be a whole hell of a lot. Rivers returns with his latest epic-sounding piece of visual art entitled The Sky Trembles and The Earth is Afraid and the Two Eyes Are Not Brothers, or TSTATEIAATTEANB for short.

Despite sounding like the type of self important, pretentious piece of faux-avant garde filmmaking independent cinema has been charged with promoting, Rivers’ picture is one of cinema’s most beautiful achievements of the last handful of years, despite also being one of its most obtuse and frustratingly dense. Drawing the title from a short story from writer Paul Bowles, the film finds its narrative in the Sahara desert, specifically the segment of it found in Morocco. Starring fellow filmmaker Oliver Laxe, The Sky Trembles tells the story of Laxe as he begins shooting a new film with a cast and crew of locals. Similarly to Miguel Gomes’ epic Arabian Nights (although this action takes place roughly half way through the film instead of in the opening moments), the director is kidnapped by a wandering gang, thus setting off the second segment of this experimental feature.

Thematically, the film is all over the place. Set up in part thanks to the Artangel collective, the film is billed as “part documentary, part fable,” and it is this dichotomy that plays as the picture’s central concept. At its best, The Sky Trembles toys with the viewer’s expectations, blurring the line between fact and fiction, until it clearly becomes some sort of absurdist fever dream. The film opens on gorgeous compositions setting the beauty of the desert against the harsh metal of speeding cars, and from these opening tableaus the film devolves into what could be mistaken for the loose ramblings of a man who has gone fully and completely mad. It’s a captivating film to decipher, with its discussions of reality, chaos and modernity’s interaction with tradition, but it’s an even more captivating piece of art to actually experience.

Shot in 16mm, Rivers has created a film of rarely seen beauty. The photography here is top notch, with each frame seemingly ripped out of a museum. From the use of lighting to the bewildering use of wide lenses and a static camera, the film is aesthetically not much more than a series of still images that ultimately culminate in a demented fable unlike any we’ve seen on screen in some time. Despite a narrative that doesn’t have quite the emotional connection one would hope for, a viewer will be hard pressed to take his or her eyes off of the screen, as this is truly a profound, cinematic achievement.

That being said, the prospects for this picture seem slim. Despite being one of the best films of the last handful of years, a run in even the most niche of arthouse circles seems unlikely, with its home likely ending up being the various museums willing to throw it in as part of their gallery. Where as a director like Peter Greenaway continues to push away narrative cinema in ways that make his films not only lifeless but superficial, Rivers has made a film of loose threads that ultimately hangs together with the same strength as any tightly told yarn. This is a true achievement.