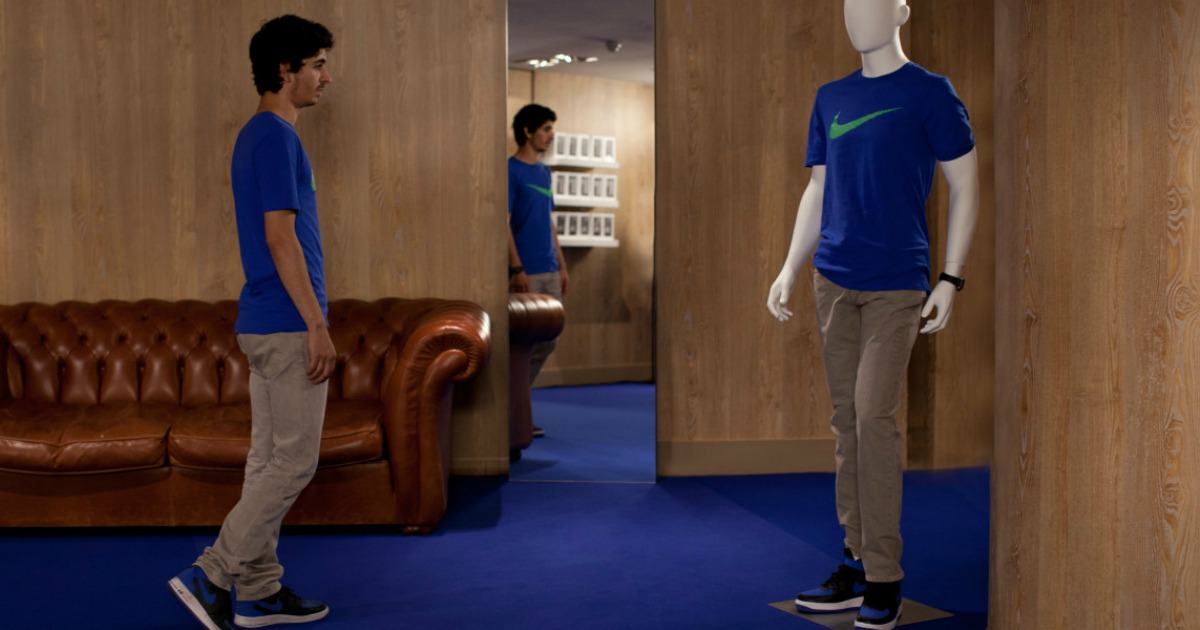 There are few filmmakers working this very day that are more exciting than Bertrand Bonello. A career spanning now over 20 years, Bonello has become synonymous with surreal, painterly films, films that are as expertly crafted and framed as they are intellectually stimulating. Be it the superb Jean Pierre-Leaud-led The Pornographer or the baroque House Of Tolerance, Bonello is a captivating voice in world cinema.

His latest marks no change in that.

Nocturama tells the story of a group of youths as they make their way through the streets of Paris. As the opening sequences begin to unfold, we the viewer become privy to the bombing plot that they are attempting to hatch. These almost Bressonian moments of procedure and impending dread are marked by the finalization of their bombing, and ultimately the fleeing of these young men and women into a nearby shopping mall. Surrounded by the consumerist culture they so viscerally loathe, Bonello’s youths begin to lose themselves within these cultural artifacts (in some ways quite literally). Think Godard’s children of Marx and Coca-Cola but this time their fueled by Chief Keef and cognac.

But it’s not so much Godard that Bonello is riffing on here (although something like La Chinoise doesn’t seem to be too far from his mind here, despite the Godard being exponentially more experimental in aesthetic). As hinted at by the opening sequences, Bonello seems deeply connected to the works of Bresson (he’s gone on record saying The Devil, Probably was a formative film in the formation of this picture), particularly with regards to the distance the entirety of the film appears to be left at. The frame itself is often slightly distant (seemingly opposed to Bresson’s claustrophobic close-ups, but the affectlessness of the camera feels like a modern variation on the same idea), and the performances here very rarely have a pulse. Or at least a pulse that’s above resting.

And it’s all for good reason, as Bonello’s film feels entirely interested not with the act of a political bombing or the machinations therein, instead his eye appears to be tuned to something more primal. Nocturama is at its best when it, like Godard or Bresson on their best days, dives inward. A profound meditation on the malaise found within modern youth culture, a culture that spouts often socialist rhetoric while embracing much of consumerist society, there’s a distancing from the surroundings that the characters feel that is completely palpable. Puts me in mind of a lyric from the aforementioned Chief Keef song played during the film. “Fake Gucci, that’s that shit I don’t like.” Within this almost punk-like anthem, a formative force within the evolution of hip hop into modern punk music waxes poetic about his disdain for fake high end clothing. It’s a small concept, but Bonello seems deeply fascinated by what it means to be young within this very moment. A perfect fit on a double bill with a film like All These Sleepless Nights, Bonello’s film takes a far quieter approach, yet mines the same intellectual territory, this time with explosive results.

It also helps that the film is just drop dead gorgeous. Shot by the great Leo Hinstin (L’amour fou still sticks with anyone who has seen it), the film is glossy and icy cold, and yet composed within an inch of its life. There’s an inherent distance at which the viewer is left at across the board, especially in the use of the camera, and yet there are moments that are entirely of the magical realist tradition that shake the viewers expectations straight to the core. Be it a certain crying sequence in House of Tolerance or here one of our characters rubbing a statue with oil only to have the statue itself appear to cry the very same oil, Bonello is a master scenarist and a director who may be more intellectual than emotional but one who creates sumptuous and captivating worlds of isolation and discontent.

The performances here are uniformly fine, but again, that’s not entirely Bonello’s intent here. I’ve talked a lot about Bresson here not for some pretentious showing off conceit, but because the comparisons are striking. While Bonello may not be nearly as interested in the theology of his characters or their cosmic plight, the frigid affectlessness of his performances and anti-capitalist ideology make the pair kindred spirits. Nocturama is a startling meditation on the leftism of modern youth culture. Cold and intellectual, sure, but Nocturama is a film you won’t be able to forget.