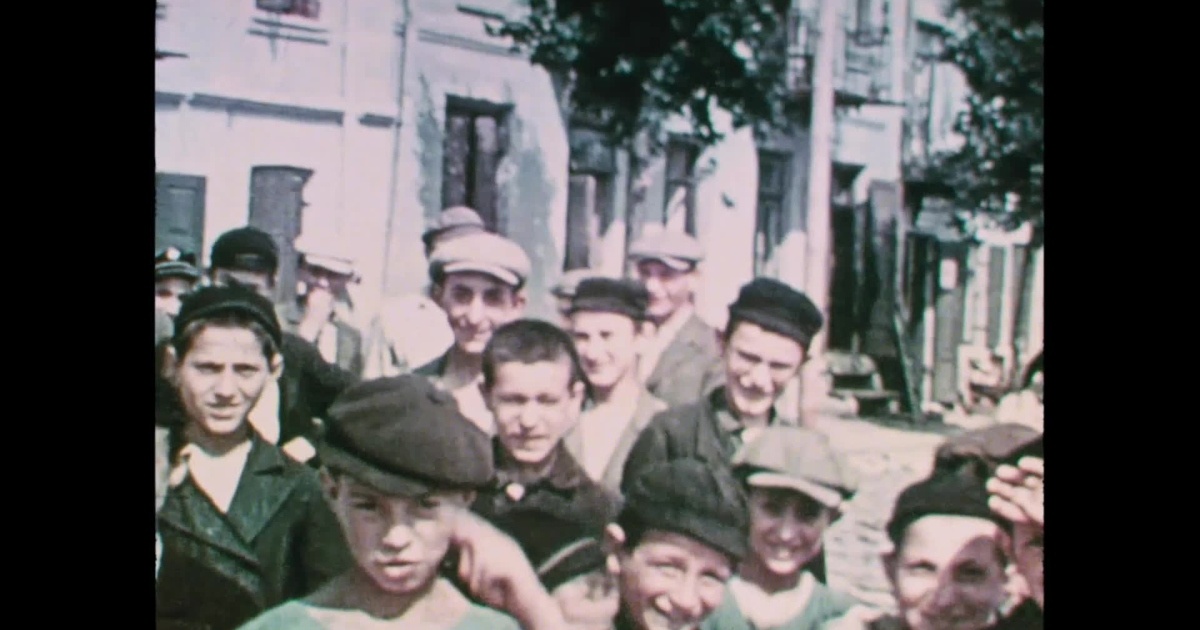 What can one uncover from three minutes of video footage? What lives can be captured and cemented for all time with just around 180 seconds of film?

If the astonishing new documentary Three Minutes: A Lengthening is any indicator, a whole Hell of a lot apparently.

From director Bianca Stigter comes Three Minutes, a brilliant new experiment in non-fiction storytelling. Structured around one collection of footage, Stigter’s film takes three minutes of footage shot by David Kurtz in 1938 and unravels the lives of those Jewish inhabitants of Nasielsk, Poland, right before the Holocaust began. Ostensibly the only material still in existence from this place at this time, this collection of images play as the only visual material shown during this 71-minute long feature, itself evolving into an essential text standing as the sole visual record of life in this community before the majority of its 3000 Jewish citizens were taken away and executed.

Narrated by Helena Bonham Carter, Three Minutes: A Lengthening attempts to bring life to these images, often altering them in ways that see Stigter do things like slow it down or stop it entirely to highlight a face in the crowd, birds flying up above the heads of a group collected in the streets or some strange, or an unknown item hanging above everyone’s doors. It’s in these quiet moments of contemplation, recollection and remembrance that the film finds its heart. Pair that experiment in cultural memory with interviews (only sound as the three minute clip is all the on screen footage shown here) with people who were there, knew someone there or have experience in the history of Poland at this moment in time, and you have a film of profound maturity and insight.

That’s not to say there’s not real artistry as well here. While Stigter only uses this three minute piece of footage, her manipulation of it envelopes the user in a strangely sensorial experience. By the time the film’s final scenes roll around the pictures here have seemingly shape shifted into something more resembling painting, leaving in its wake a surreal energy. That said, those same final scenes bring about the haunting realization here of what is the ultimate fate of these men, women and children. It’s a harrowing conclusion that is made literal by the final montage of faces we’ve met throughout this film.

There’s a humanity in that finale that’s truly unlike anything seen in recent non-fiction cinema, born out of a film that’s fascinated with even the most minute of details. One of the more engrossing sequences in the film involves Glenn Kurtz, grandson of the man who shot the three minute clip, becoming obsessed with the name on a sign above a building. Deciphering the letters turns into a fools errand as we watch them distort, ultimately leaving the question without an answer. Many questions are lacking answers here and not for lack of interest or trying, but for the sheer fact that this community, as seen in the clip, is on the brink of utter destruction. It’s a fascinating, devastating picture that rides that line with startling confidence.