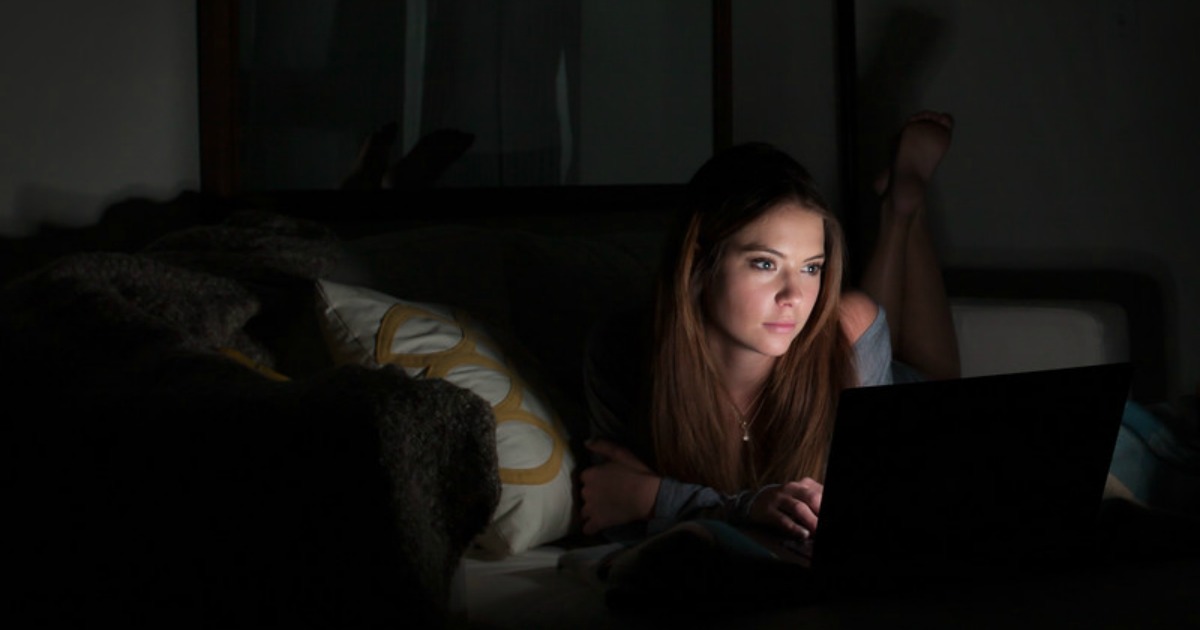 If cinema, over the last half decade or so, has been interested in any two things, it has been man’s relationship with technology, and the idea of the “found footage” aesthetic. Be it the rise of the latter in the world of horror cinema, or the former’s place on the mind of many of today’s most interesting filmmakers, these two concepts have become fodder for some genuinely fantastic pieces of work. And some that aren’t so memorable as well.

Starring Ashley Benson, the film tells the story of Emma, a young and beautiful student who is trying to start a new chapter in her life in her new home of New York. A child of the internet age, she’s constantly at arm’s reach from anything with a screen and a web connection, be it a phone, a laptop or tablet, and so far it has been relatively danger-free. That is until her computer is hacked by a RAT, or a piece of malware that allows its hacker to take total control of the other person’s computer, including the webcam. When things begin to get more and more troubling, the film escalates and ultimately becomes a tale of the dangers of living within a world where connection is omnipresent.

Benson is solid here as Emma, a performance that is ultimately undone by a script and an overall film that doesn’t go in any real groundbreaking direction. Given little to do than fall victim to a hacker, Benson’s performance, including her burgeoning relationship with a fellow student, gives enough depth and heart to make for a more compelling film that it truly has any right to be. Her face is the primary focus of just about every shot of the film so there’s not much of a supporting cast, but thankfully Benson does an above par job giving energy and vitality to this rather standard thriller.

It’s Kramer’s directing that is the most noteworthy aspect here, however. Despite being an overblown aesthetic in today’s film landscape, Kramer’s camera is both startlingly unsettling and also really quite lively. The use of each of Emma’s different screens and cameras is intriguing, and it gives the film a different look and feel as opposed to other found footage films of its ilk. The final act leaves a lot to be desired, particularly in its disturbingly cliche-ridden conclusion, but Kramer’s filmmaking allows the film to have quite a bit of tension and vitality. Clocking in at 80 minutes, pacing isn’t an issue here either, as the slow burn style of storytelling, over the brisk 80 minute runtime, really engages the viewer without ever ruining the suspense or pacing.

Overall, while the two central conceits are over done and cliched tropes, this is a found footage picture that is both tense at moments, and really does give an interesting, if not groundbreaking or exciting, look at the dangers of a connected society. A perfect VOD pick up, hopefully this will find an audience whenever it arrives in theaters or on VOD.