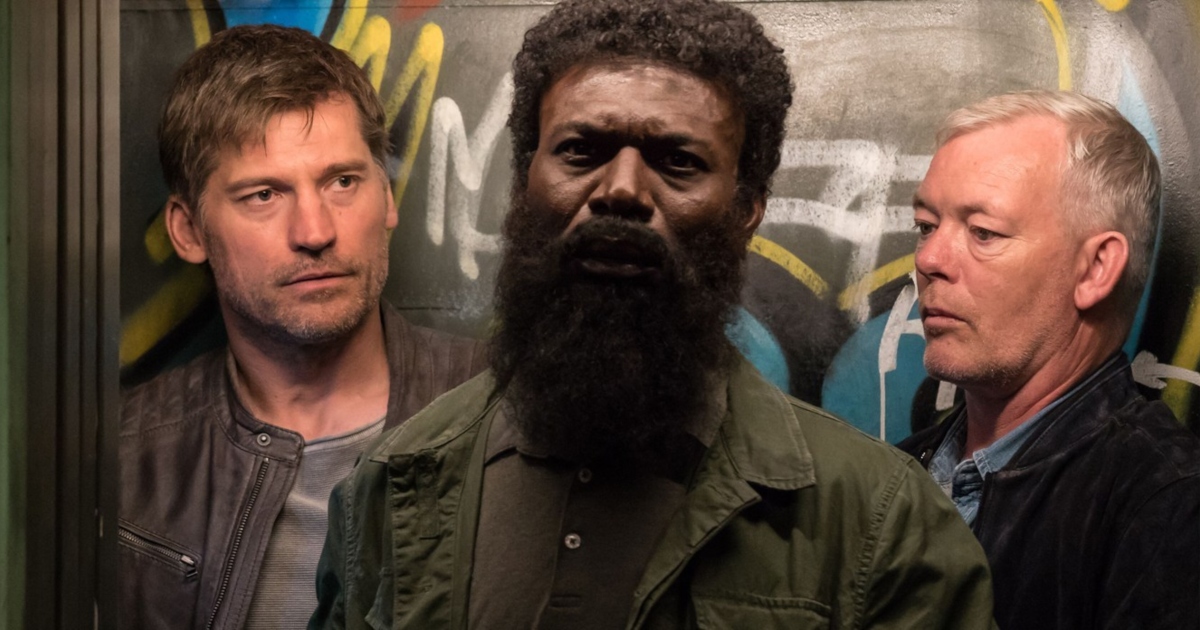 Much like his generational contemporaries, director Brian De Palma has seen that despite his films becoming more and more influential for young filmmakers who envision him as some sort of god-like genre magician, getting to realize his clear vision on screen is becoming increasingly difficult. Directors like Coppola, Schrader and even Scorsese are not only finding it harder and harder to come across money for their films, but studios or financiers willing to give them some form of creative control.

Therein lies the creation of De Palma’s latest film, the endlessly strange and shapeless Domino. Described by its director as nothing short of a disastrous production, Domino sees De Palma heading into the world of global terrorism, as seen through the eyes of a vengeful Copenhagen police officer.

The film stars Game of Thrones stud-muffin Nikolaj Coster-Waldau as Christian, the above mentioned copper who, after an attempted arrest goes wrong (due in no small part to the fact that he left his gun in his apartment after waking from a slumber next to a paramore, as De Palma shows us in one of the film’s more bravura sequences), seeks justice for the partner he watched die at the hands of a member of an increasingly aggressive ISIS cell. When the CIA becomes involved, things become truly knotty as motives are blurred and what once seemed like a rather terse and run-of-the-mill terrorism thriller into an amorphous meditation on voyeurism, media and violence. It’s not one of De Palma’s great films, but it is very much one of his most curious.

Still clearly working through his affliction for the works of Hitchcock, Domino doesn’t change that tune much. Feeling in many ways like De Palma’s Twixt or Dying Of The Light (just to keep the conversation going between contemporaries of De Palma), there does feel to be something going on below the surface of the film that what results is something so entrancing that it’s partly like watching a car crash and yet also like watching a painter beat out a self portrait with a spray can instead of a brush. The narrative is perfectly compelling if increasingly slight and worn, feeling more or less a decade too early and an hour too short. Coster-Waldau’s Christian is a compelling enough presence to make the barely 90-minute long thriller a breezy enough watch, but even his rather understated performance can’t elevate a cliche-filled storyline. Petter Skavlan’s script does De Palma no real service here, but even then narrative threads seem to come and go as they please that there’s no real emotional center to grip on to.

And yet, it’s still absolutely captivating to watch De Palma work, even if he’ll tell you it was under duress. All of his staples are here, turning this into a truly strange viewing experience. At once clearly not an auteurist statement given its production history and yet entirely fitting of this filmmaker at this moment in time and space, some of De Palma’s greatest tropes are distilled down to their near-primordial state, specifically his use of split screen. Instead of simply using this device as stylistic window dressing, it becomes an actual plot device of sorts, playing into one of the director’s most unsettling and awe-inspiring sequences yet in his career. To describe it in much detail would be to spoil one of the great shocks of 2019, so little shall be said about it, but to watch as a heinous act of violence takes place on both the bodies of those being harmed as well as the one acting out the violence is one of the more unsettling and ambitious set pieces seen from De Palma in quite some time. Clearly beating out ideas on surveillance and modern violence, Domino is a haunting, strange and deeply frustrating film that may not be great, or even good, but an absolute must-see curio from a master.