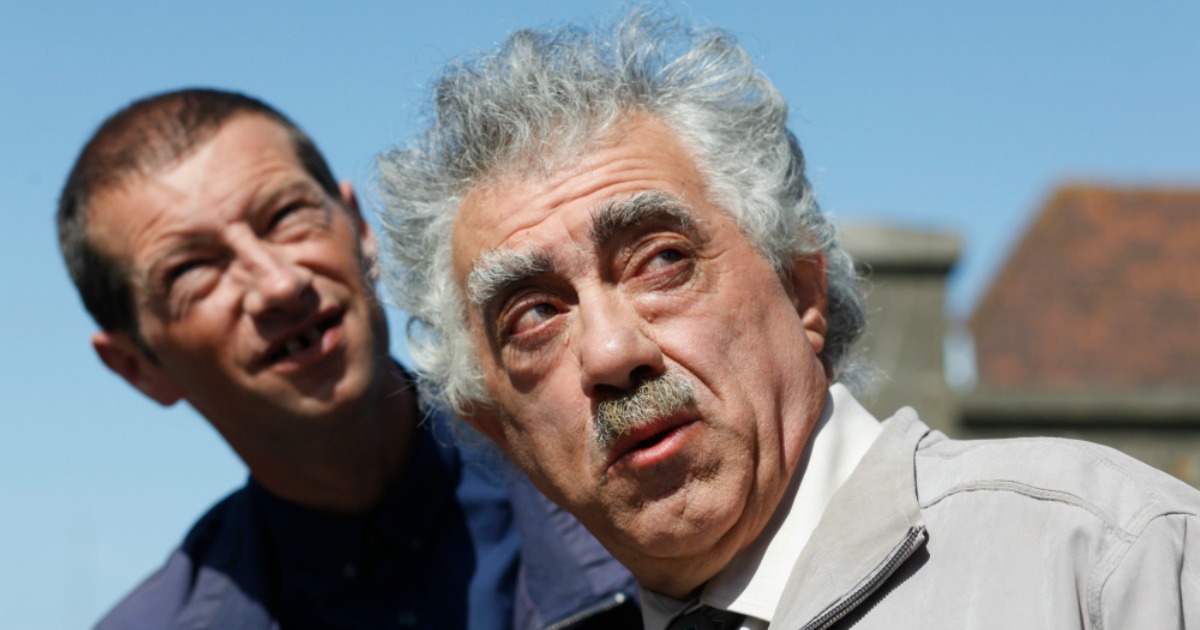 As we start this new year, we arrive at another January and another month of prestige picture, Oscar hopeful hold overs and various studio pictures that executives don’t find a spot for during the summer or fall blockbuster seasons. Often times the dumping ground for films that will be fodder for a person’s year-end list, but the bottom half instead of the “best of” variety, it’s rare for cinephiles to find a film that will stick with them long after the screening. However, thankfully the world gave us Bruno Dumont, who himself has given us a film that made one prestigious top 10 list from 2014, and with its debut domestically starting off this year, will likely make many top 10 lists this very year.

After hitting the top of Cahiers du Cinema’s Best Of 2014 list, the film world took major note of Dumont’s latest film, the epic black comedy crime tale, Li’l Quinquin. Itself a remake of sorts of Dumont’s fantastic Humanite, Quinquin has been released as both a four-part miniseries (currently available in this form on Fandor here stateside) as well as a roughly 190 minute feature that tells the story of a small channel town taken aback by a bizarre series of murders. When a cow is found dead, with the remains of a human stuffed inside its corpse, a detective and his second in command go on the hunt for the person responsible. Now, the title is drawn from the name of the film’s primary lead, a young prankster by the name of Quinquin who is the first person we meet from this world. We meet him as he’s trying to make waves with his girlfriend, trying to impress her by toying with a rodent on a farm, only to run into the very murder investigation that is our film’s main narrative thrust.

When the detective (played by the wonderfully off beat Bernard Pruvost) finds the kid (a magnetic Alane Delhaye) and his crew saunter over to the scene of the crime, their paths begin to cross, as do their stories. A tragic comedy noir of many colors, this is one of the many great films to come from the hand of one of world cinema’s great auteurs.

One of the film’s many charms is director Dumont’s handle not only with his camera, but (as he’s the film’s writer as well) the tone and mood. Balancing genuine deadpan comedic moments with some chills thanks to a crime narrative that is as haunting as it is supremely bizarre, Dumont shows a lighter side, or more potently put, a lighter shade of black. Not one for gut-busting chuckles, this more stayed, quiet comedy is a welcome change of pace. Using his patented cast of relative unknowns, he gives us a three-hour-plus look into life in a small town, when big time darkness and evil is thrust into its soul.

Leading the way performance wise are the aforementioned duo of Pruvost and Delhaye, both being a welcome addition to the film. Pruvost plays the lead detective and while his temperament never gets above, say, grumpily jostled, there is something truly magnetic about the performance. Maybe it is his constantly moving face or stormy white hair, but Pruvost’s detective breaths into the film much of its comedy and a solid dose of its more dark moments. Delhaye not only has an entrancing look to him but his rough youthfulness brings a great deal of energy and humanity to the picture. His relationship with his girlfriend is engaging and relatable, and the portrait of small town life, of which he is the main primary color, allows for a fantastic entry point for the viewer.

Aesthetically, the film is breathtaking. While never opting for bombastic tour de force sequences, Dumont takes to the smaller scale narrative and longer, serialized storytelling mode, like a real auteur. Intimate and breathlessly static, Dumont’s camera never breaks much of a sweat, instead opting for a slower burn aesthetic to match with its lushly told narrative. Taking the verdant photography and widescreen camerawork, Quinquin becomes a quietly told crime epic that shines both a light on various influences Dumont has to moments that reference the auteur’s own canon. Surreal moments arise thanks to a handful of bizarrely enthralling musical numbers and some truly grizzly crime scenes, proving that while it may be as dry as day old bread, there is quite a beating heart behind the stoic eyes of Dumont’s latest minor masterpiece.

Overall, while the run time may leave a few viewers struggling through this film’s quaint and offbeat absurdity, those willing to take this ride will be rewarded with one of the best comedies to come down the cinematic pipeline in ages. Driven by two fantastic performances and director at the height of his powers while experimenting in long form narrative storytelling, this is yet another bit of proof that when it comes to a truly great auteur, be it TV or cinema, the medium truly doesn’t matter. One more name to add to the ever growing list of genuine artists jumping from the big to small screen, Li’l Quinquin may be the best piece of experimentation yet. It’s at least the most beautiful and genuinely unshakable. And most unmissable.