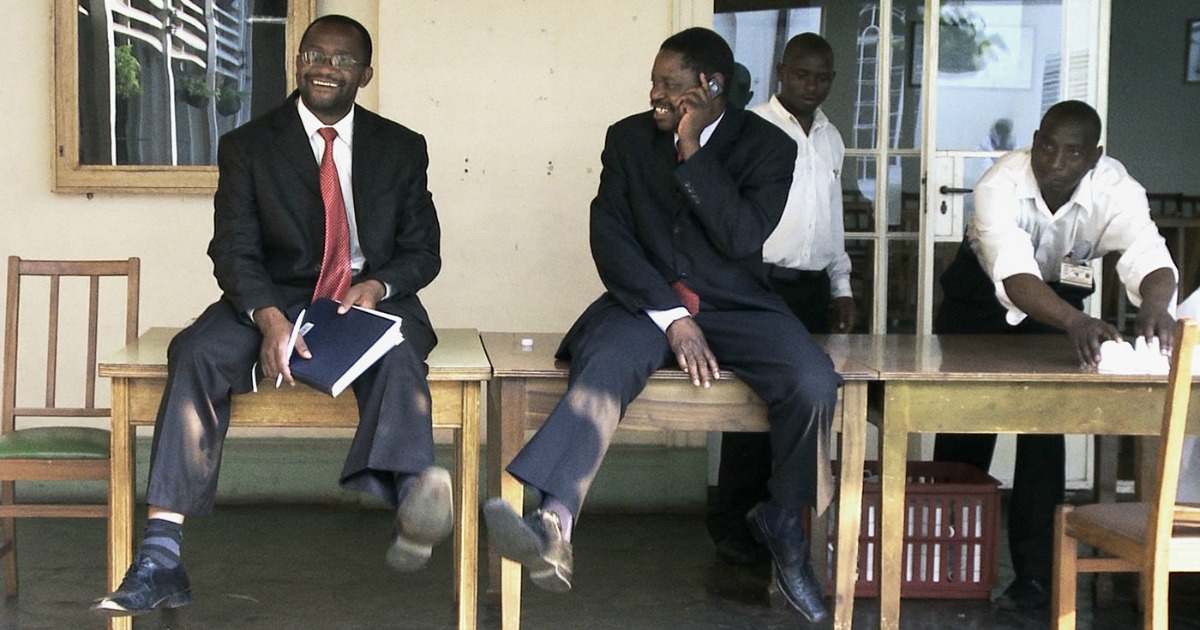 Democracy, at least here in the states, is more often than not taken for granted by a vast majority of citizens as something that is not only the rule of the land, but more resembling a right of humanity. However, throughout the world, there are nations under tyrannical rule that not only deserve democratic rule, but when they get a shot at forming a democratic government, find that the road is a far rockier one than previously expected.

Take the subjects of the new documentary Democrats, for example. With this new film, director Camilla Nielsson introduces us to two men, on two different sides of the political aisle in the nation of Zimbabwe. Under the rule of the dictator Robert Mugabe since 1980, Zimbabwe is a land of great beauty, even greater cultural import and almost complete and utter political unrest. Over the decades of Mugabe’s control, numerous sanctions were placed upon them not only due to Mugabe’s despicable human rights abuses but also numerous cases of tampering with what were allegedly “democratic” elections, an issue the country still faces to this day. And yet, they are still trying, as seen in this look the formation of the country’s first democratic constitution.

Democrats introduces the viewer to Paul Mangwana, a member of the ruling party ZANU-PF, who is opposite a human rights lawyer who finds his allegiance in the opposition party named Douglas Mwonzora. Clocking in at just a pinch over 90 minutes, this verite documentary follows for more than three years these two men and their collaborators as they attempt to finally bring some form of transparent, fully formed democracy to a nation on the brink of implosion. At its very best, the film is a breathtaking portrait of the democratic journey. The narrative itself is one full of dramatic shifts in mood, particularly as the actual formation of the constitution begins, however, unlike modern American democracy, this film shows both the struggle and the beauty of democracy in its earliest state. There are moments in the film’s final act where tensions run high as men are arrested, groups of people riot and a president who is as power hungry as they come continues to crave the iron grip he has held for over 30 years, but we also see that these men are united in their fight to save their beautiful nation. Inherently about the democratic process, this powerful meditation on the importance of compromise in the hopes of reaching a greater good is one of the year’s most important pieces of political demonstration.

Aesthetically, the film is a relatively standard bit of verite filmmaking. The photography here is top notch, and the drama inherent to this type of almost thriller-esque documentary keeps the film’s pace at a relatively high clip. Less interested in directorial flights of fancy than clear-headed documentation of a nation on the verge of implosion, director Camilla Nielsson allows her camera to linger on some of what would become the year’s most tense sequences. It’s a relatively simplistic picture aesthetically, but what it may lack in stylistic flourish this film more than makes up for with some of the most intellectually stimulating discussions on democracy we’ve ever seen in cinema.