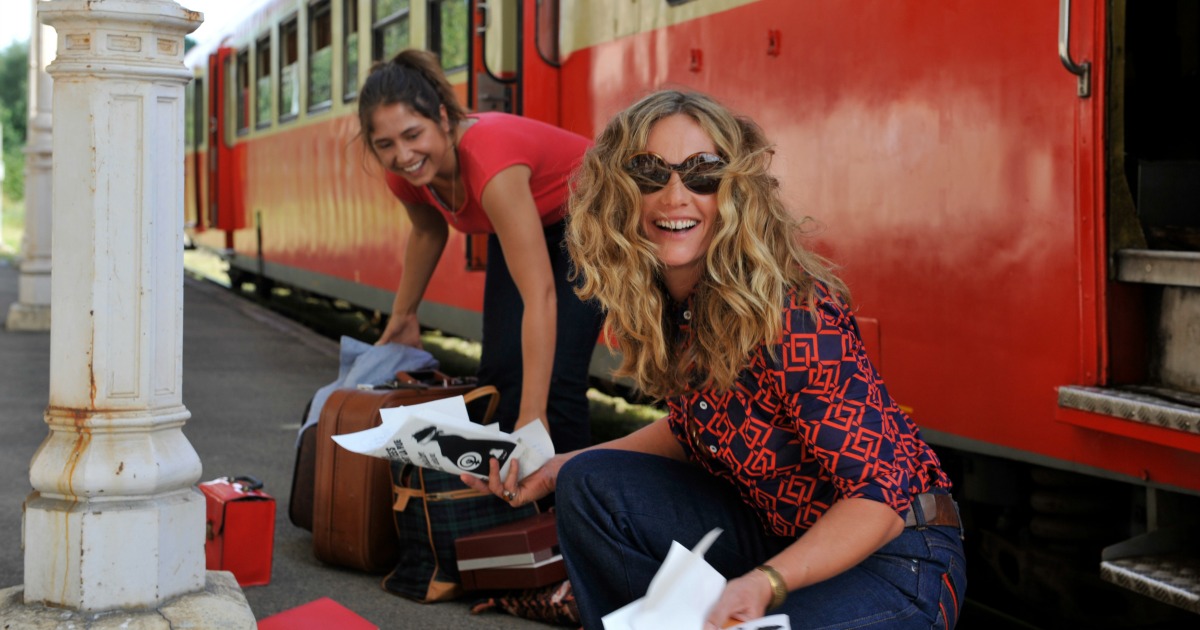 There are few actresses quite like Cecile de France.

Best known for her work in films like The Kid with a Bike, de France has become one of the mainstays of French cinema, with mainstream US audiences getting to know the great actress through a range of performances in films such as High Tension to the Clint Eastwood-helmed Hereafter. De France has captivated audiences with her stunning beauty and magnetic screen presence and physicality, and her latest picture shines a distinct light on both of those things.

Entitled Summertime, de France stars opposite Izia Higelin, in what is one of the year’s most touching tales of romance. Higelin is the picture’s lead, starring as a young farm girl named Delphine who leaves the strict confines of her parents’ farm to move to Paris with the hopes of growing personally and economically. When she comes across a group of feminists, she meets Carole (de France), and the two subsequently fall in love. The romance seems to be blossoming, but when a family member becomes ill, Delphine heads back to her family home near Limoges, and Carole stays by her side only to see the relationship begin to dissolve. A quiet, sexy, touching picture, this sun-soaked drama features two superb performances and some cinematography that turns this relatively quiet romance into something truly great.

The performances here are the film’s greatest attribute but don’t sell director Catherine Corsini short. A relatively unknown name here stateside, the French filmmaker proves to be someone to both keep an eye on going forward and whose filmography is in need of a deep appraisal. Classically composed, the sun-drenched photography invites the viewer into this world of revolution and ultimately romance. It’s a warm film, a film that plays like a period melodrama just in a lower register. Emotions are high, stakes are high, but the performances and direction surrounding them feel natural and of this time. Sexuality is also a centerpiece here, and the sex scenes are as erotic as they are beautiful and evocative, with Corsini interested more in the passion between the lovers than the act of sex between them. Unflinching but never objectifying, Corsini’s frame is lush and full of vitality but is decidedly and delightfully feminine.

Performance wise, the film is a true two hander. De France may draw much of the attention, but it is the relatively unknown Higelin who runs away with the film. A woman sure in herself but lacking the confidence to truly come out to the world, there is an incredible amount of humanity to her character and her performance is layered and wide-ranging. The arc of Delphine is a relatively cliched one in its broadest strokes, but the performance has heart to it, with Higelin having a distinct presence. De France is, per usual, superb as well. The chemistry between the two is nuclear, and while the blocks that the two hit feel small, the themes at play here really elevate the drama. The final act is also a bit stilted, as the drama feels ripped out of every other romance picture, but the uncertainty in one’s self in youth is a palpable theme at the very center of the film. It’s a relatable theme and the performances sell the low-key melodrama rather well.

Running at just a touch over 100 minutes, the film may feel a bit overlong, particularly in that final act, but Summertime is a lovely and textured piece of work, a film about love and youth that is wonderfully composed and supremely acted.