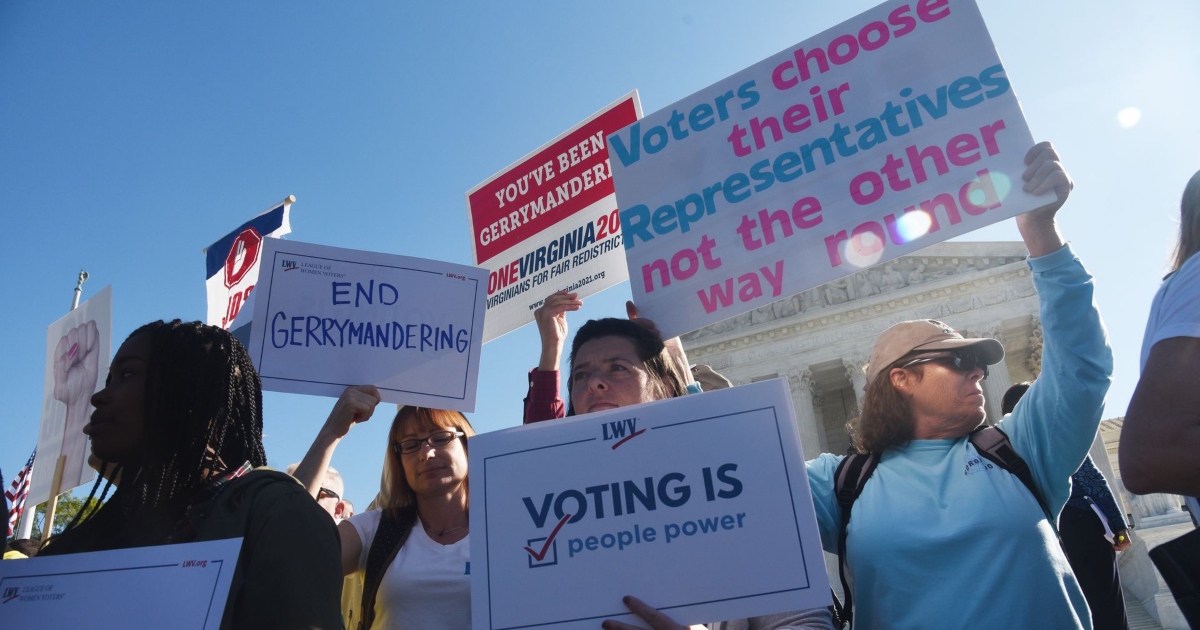 While in the age of COVID-19 a problem like gerrymandering may not only seem minute but also relatively inconsequential, few problems facing the American electoral system are more important and timely than this. As over a dozen states here in the US take up this issue on a judicial level, gerrymandering may seem like a heady topic left solely for the political “wonks” among us, it’s also the basis of one of Spring 2020’s more informative and urgent documentaries.

Entitled Slay The Dragon, directors Chris Durrance and Barak Goodman (the latter of whom was last seen behind the documentary Woodstock: Three Days That Defined A Generation) take a look at both the history and theory behind gerrymandering and it’s increased importance within American politics. Dropping at what is the peak of this argument, Slay the Dragon highlights states like Michigan and Wisconsin, states where this battle is boiling over into genuine political activism.

In Michigan, for example, the film introduces viewers to an activist named Katie Fahey, and her grass-roots group Voters Not Politicians. This group’s battle highlights a greater issue within this argument, as through them we chronicle the battles that these sort of groups encounter attempting to get their initiatives on their state’s respective ballots in the first place. The second arena we focus on here is in Wisconsin, where a lawsuit calling into question the legitimacy of a redistricting map makes its way, ultimately, to the Supreme Court.

That’s ostensibly what this entire argument is about. Every ten years (every time a zero ends the year’s number) the US not only has an election, but a Census. With that comes the drawing of new maps noting each and every political district within a state. Who draws these lines, you may be asking? The entire idea of gerrymandering is, more or less, the politicizing of district maps, with the elected politicians getting the right to lead the new drawing of the new maps. Through packing (putting opposition voters into a few, large groups spread out across the map) or cracking (putting them in smaller numbers throughout the map), politicians are able to more or less structure districts in such a way as to maintain power electorally.

All of this information is made crystal clear in Durrance and Goodman’s film, a film that’s incredibly classical in its form and yet so propulsive as to be engrossing. Told through a collection of stimulating talking head interviews and some first hand looks at the ground-level battle against this issue, Slay The Dragon is a captivating issue documentary. The interview segments are, as most are in the age of the democratization of documentary, incredibly flat. The information is given in a dry manner, with facts coming with incredible speed and little hand holding. That said, the fact that Goodman and Durrance give the viewer enough credit as to believe they will keep up allows the film to maintain a pace that never seems to drag. What makes this film special however, is the focus on the first hand battles fought at ground level. Through the eyes of people like Fahey, we watch numerous people passionately fight for not just their freedom but a freedom of voters around the country who are being manipulated by politicians with the hopes of defying changing demographics in order to maintain an almost institutional-style power structure. The filmmaking may be a bit flat, but it’s in the service of a film that’s utterly engrossing.

Find VOD information and more about the film