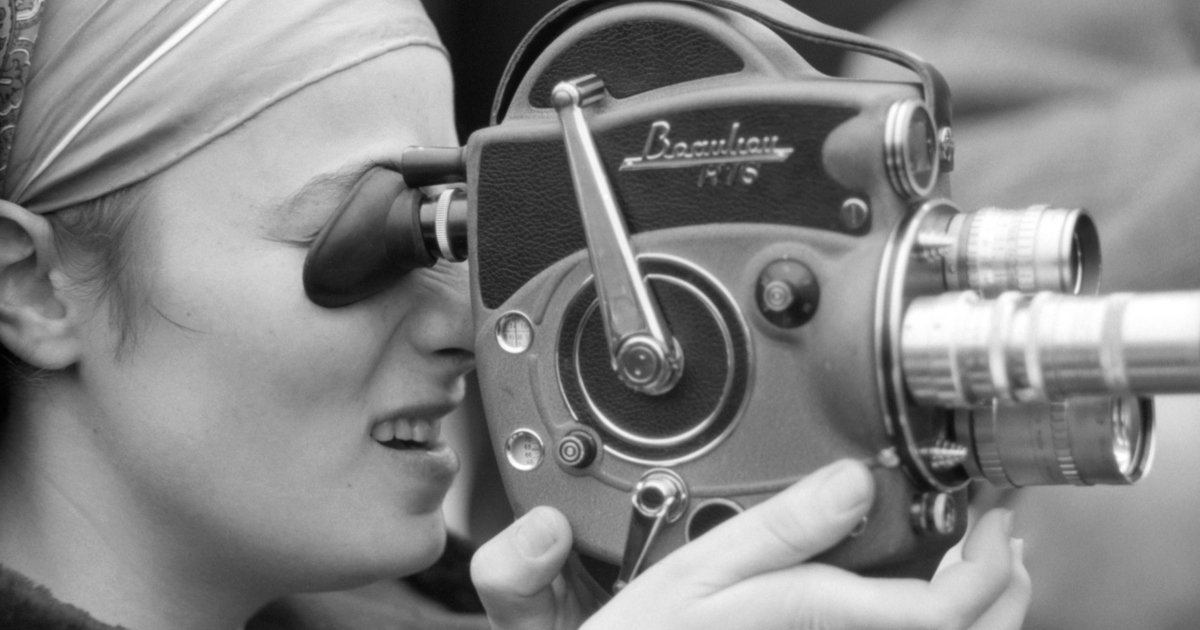 In this age of democratized cinema, the world of experimental art film has seen something of a renaissance. At least with regards to historical perspective and scholarship.

Filmmakers like the late Jonas Menkas and Kenneth Anger have become iconic artists for a new generation of cinephiles screaming out for something boundary pushing and thought-provoking, and boutique home video labels and restoration houses like Lobster Films and Flicker Alley have made it their stock and trade to elevate voices both new and old that have shaped the idea of what cinema could and should be.

And then there are filmmakers like Barbara Rubin. The focus of a new documentary entitled Barbara Rubin And The Exploding New York Underground, Rubin was a multi-hyphenate artist/mystic that lived as enthralling a life as one could imagine. Traversing circles opposite icons like Bob Dylan, Andy Warhol and Allen Ginsberg, Rubin has been described as a sort of “Zelig” for the Beat/Factory generation, a generation of artists that saw taboos as something to be shattered and deconstructed, with the same attitude going to the form of the art they make as well. As an actress, she would become best known for her work with Warhol, but her truest calling card would be the wildly influential and endlessly controversial Christmas On Earth, a film that threw sex and politics in the viewers face both literally and figuratively to an extent rarely seen even to this day. Ultimately ending in tragedy after dying shortly after giving birth to her fifth child following a move to France and into the world of Hasidic Judaism, Rubin’s life is one of incredible import, and now finally getting its just due in the form of this new, expertly made documentary.

A film that will surely be catnip for fans of art cinema or those interested in the works of female filmmakers, Barbara Rubin is a truly impressive, if maybe too short, look at a filmmaker unlike any before or after. Directed by Chuck Smith, Rubin mark’s the director’s feature debut and it’s quite an exciting one. Incredibly energetic and full of the same verve and kinetic vitality that’s seen both in Rubin’s work as well as in herself, the film is a bit too brisk at just 78 minutes. Particularly as it digs into her later life period, the film screams for more breadth, seeming to rush to a conclusion that begs for much more inspection. That said, this is as compelling and lively a documentary as one has seen yet this year, seeming to take the type of propulsion that made Rubin’s films so compelling to heart.

The interviews are also absolutely essential. Featuring interviews with people like the aforementioned Mekas, J. Hoberman and Amy Taubin, Smith is able to get a concise look at Rubin as both a person and an artist, one that isn’t afraid to ruminate on her conflicted search for faith and meaning while also intellectually dissecting both her work as a filmmaker as well as the time in which she worked. At not even 80 minutes in length, this feature is shockingly dense, giving a portrait of an artist that begs to be deepened with regards to the circumstances in which her life came to a close, but one that doesn’t feel incomplete or lazy. Instead, it’s a well rounded, thoughtful and intensely personal look at an iconic figure of American independent film.

However, it’s the footage shot by and of Rubin that’s the truly essential aspect of this documentary. We get to be privy to not just Rubin working, but also the world in which she did. Bob Dylan figures into the film heavily, as does everyone from Ginsburg to The Velvet Underground, giving us a rich and textured look at the 60s American art scene in all of its excitement and energy. Footage from films Rubin directed and starred in is shown here as well, which makes this film a wonderfully layered documentary for both those new to Rubin’s filmography and those looking to learn more about a favorite artist of theirs. It may be much too short, but pound for pound, minute for minute, there are few biographical documentaries more impressive than this.