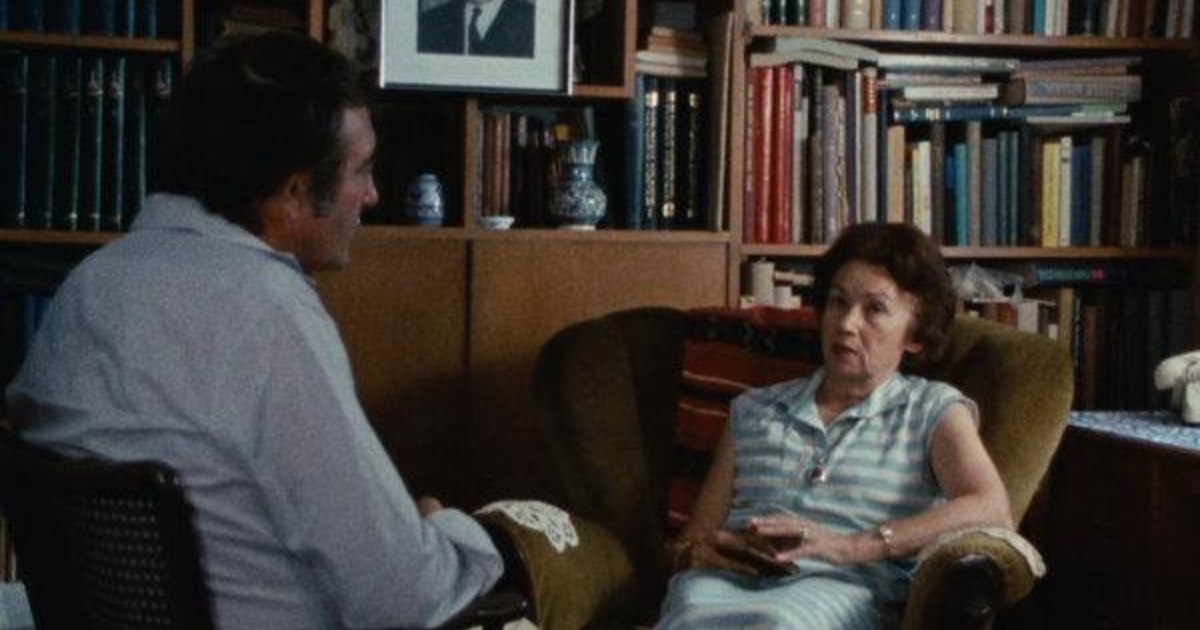 On July 5, 2018, cinema and the world writ large lost one of its very best and most important anthropologists, Claude Lanzmann. Best known for his mammoth, groundbreaking epic recounting of the Holocaust, Shoah, Lanzmann spent the majority of his career chronicling this great atrocity in the utmost detail, with an eye to telling the story from all possible sides. A truly heartbreaking loss, film fans have been given yet another chance to take in this legendary filmmakers work as both a handful of his films are making the rounds in New York, all in honor of both the man and his final film which is now finally seeing the light of day.

Entitled Shoah: Four Sisters, this title is both somewhat misleading and also incredibly moving. Despite not being connected by blood or marriage to one another, the four subjects of this “new” documentary are helping to shine light yet again on the events of the Holocaust through Lanzmann’s ever intimate lens. Originally shot during Lanzmann’s Shoah shoot, these four lengthy interviews were ultimately cut from the finished masterpiece, only now arriving in a newly edited 4 ½ hour long feature film that is both densely packed and yet emotionally devastating throughout its auspicious runtime.

First Lanzmann sits down with Ruth Elias, a Czech Jew who at eight months pregnant, was shipped from Theresienstadt to Auschwitz, only to narrowly make it to Hamburg only to end up falling back into the camp where she was forced to make the ultimate choice. The inspiration for the section’s title The Hippocratic Oath, a doctor offered her the chance to either kill her baby with a shot of morphine or give birth dooming both of their chances of survival, a chance that Lanzmann dissects as both tender and human as well as unfathomable and inhumane. It’s the film’s lengthiest segment and for good reason, each detail painting a portrait as terrifying as it is unbelievably dehumanizing. Itself one of the great feature-length films of 2018, this roughly 90-minute section of the film is as compelling and moving a feature as you’ll see all year and fits perfectly within the broader Lanzmann project perfectly.

Next, the film introduces us to Ada Lichtman in the segment entitled The Merry Flea (the film is more or less edited into four single segments that stand all on their own but have been released as one feature and should truly be seen as such for the full emotional impact) which gives the viewer a glimpse into life working within a concentration camp. Lichtman had the awful responsibility of fixing up and cleaning trinkets that would ultimately be taken from Jews within the camps and turned into gifts that Germans would give to their children. It’s a harrowing roughly 90 minutes that has a specificity to the details given that it becomes at times genuinely captivating and at others so intimate that it feels like something you shouldn’t be seeing. Lanzmann’s camera here, and throughout the film with only a few notable exceptions, is static and in close up on his subjects, letting neither the viewer nor the subject off the hook emotionally or narratively. This unflinching sense of style can be seen as almost anti-cinema, yet Lanzmann’s questioning and eye for storytelling allows him to not just embed the viewer emotionally within this narrative, but mine truly thought-provoking ideas out of just about every phrase.

The third segment is entitled Noah’s Ark, and tells the story of Hanna Marton, a Hungarian Jew who, as this section’s title hints at was allowed freedom along with nearly 1700 others thanks to negotiations made between a friend of her husband’s and the monstrous Adolf Eichmann. This “friend,” Rezso Kasztner, was later tried for collusion as these negotiations ultimately left thousands others for dead, laying a level of guilt that we see Marton never quite got past. It’s a haunting segment with a permanent cloud of impending doom laying over each recollection, a segment that’s admittedly a bit more brief than the others, yet packs such a dense discussion of the types of deals people were making to save those they love at whatever cost that it becomes truly impactful.

The most formally interesting segment comes at the film’s close, a section entitled Blauty, which sees Lanzmann take to a beach for a lengthy chat with Paula Biren who herself has a brief inclusion in Shoah proper. A superb capper to yet another anthropological masterpiece from the late Lanzmann, this section sees the director break from his formal rigor without once losing sight of the sense of intimacy and humanism that would make him a titan of the non-fiction form.