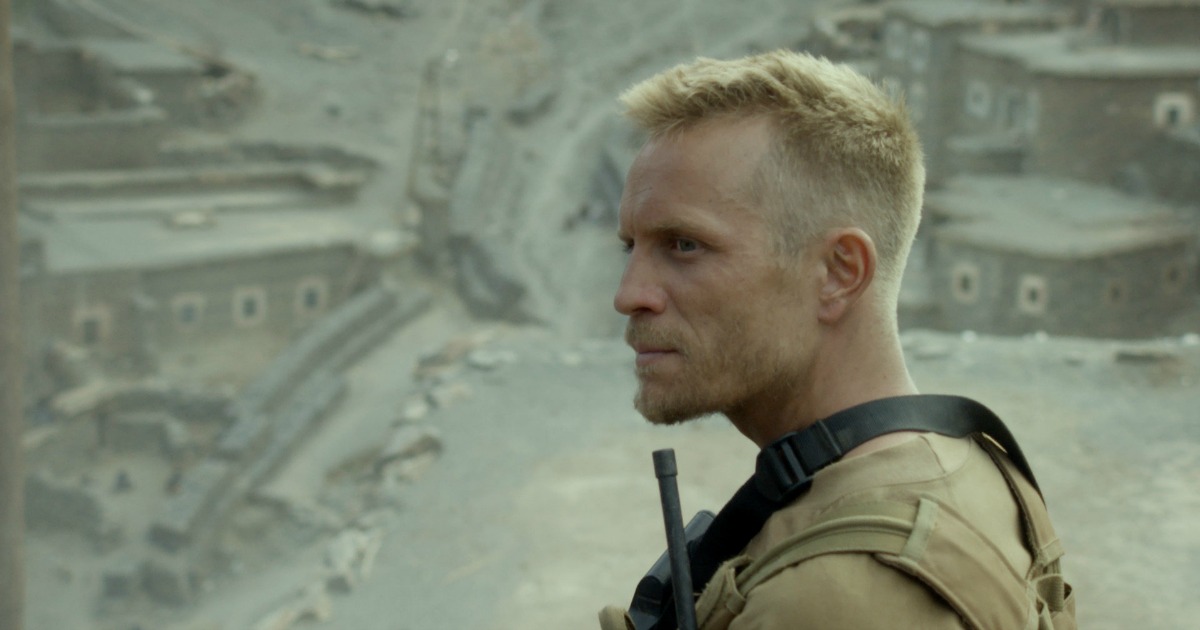 The war film is a genre as old as cinema itself, and it’s a genre whose films flood theaters with a rare consistency. Even this year, only seven months old, theaters have seen films like the Oscar nominee A War and Michael Bay’s 13 Hours. However, director Clement Cogitore has jumped from the world of short film and experimental visual art to give us one of the truly singular looks at man and its relationship to the act of war.

Entitled Neither Heaven Nor Earth, this drama is being billed as a “metaphysical war film,” and while that may sound like a pretentious press release snippet, it’s rare for a self-appointed moniker to fit so perfectly. Set in Afghanistan in 2014, the film introduces us to French Army Captain Antares Bonassieu (Jeremie Renier) as he and his team take stock of a nearby village known as Wakhan. Near the Pakistan border, power is shifting out of the army’s favor, and just as the situation appears to be at its worst, Bonassieu’s men slowly begin disappearing. Starting off as a low-key look at modern warfare, the film evolves into a neo-experimental horror film, a film about the existential terror found deep within war, where safety is threatened by enemies both seen and, as beautifully rendered in a terrifying final act, unseen.

Cogitore’s feature debut is one of 2016’s most assured first films. As a visual artist, Cogitore has been working for over a decade, so while one may be skeptical as to the power of a feature film debut, this is more so a culmination of over 10 years of experimental work. Each camera move here is deeply assured, be it a rare static tableau or one of the many haunting tracking shots, or more particularly the use of technology within the confines of the camp. Occasionally the film will jump to the perspective of a person behind the scope of a rifle or the lens of a pair of binoculars, giving the film a sense of voyeurism that is rooted deep within its DNA. These pair so poignantly with the film’s use of handheld camera, turning the viewer into a specter that seemingly haunts the hills surrounding our leads, itself becoming a sort of purgatory as hinted at in the film’s title.

Impressionistically shot on digital video, Cogitore’s film is as much a horror film as it is a war picture, with the battalion’s psyche coming under as much attack as their physical bodies. As Bonassieu’s men begin disappearing, the terror becomes existential, with blame being first placed on the Taliban, and then the local villagers, only to look to an even higher power as the ultimate culprit. However, that’s not where the twists end, with Bonassieu himself taking on a role that he’s been fearful of himself this entire film. It’s a devastatingly quiet film, a film of moods and tones, with the fog of war throwing a haze over the proceedings.

Performances here are uniformly good. Renier is superb here, despite having a character that could come off as being a one note terror. Bonassieu is a conflicted character, a character driven to the edge of sanity (only to into the abyss in ways rarely seen on screen) and ultimately undone by his own mind. Cogitore’s greatest skill here is not so much creating a tactile world that seems almost documentary-like in its realism, but it’s his uncanny ability to give the viewer a deep insight into the unraveling psyche of a character without devolving into melodrama or campy aesthetics. The film never loses sight of its neo-realist influences, with the bursts of new age technology offering insights into not only the life of a soldier, but the type of existential terror that runs throughout those very lives. Renier’s gradual unhinging feels true and his performance gives the viewer an entrancing center.

Clocking in at just over 100 minutes, Neither Heaven Nor Earth is another great surprise from 2016, and having garnered much acclaim out of this year’s New Directors/New Films, this will hopefully not be the last of Clement Cogitore. A director far beyond his years, Cogitore’s debut (as well as his genuinely stunning visual art pieces) firmly plants him as one of the most interesting filmmakers working today.