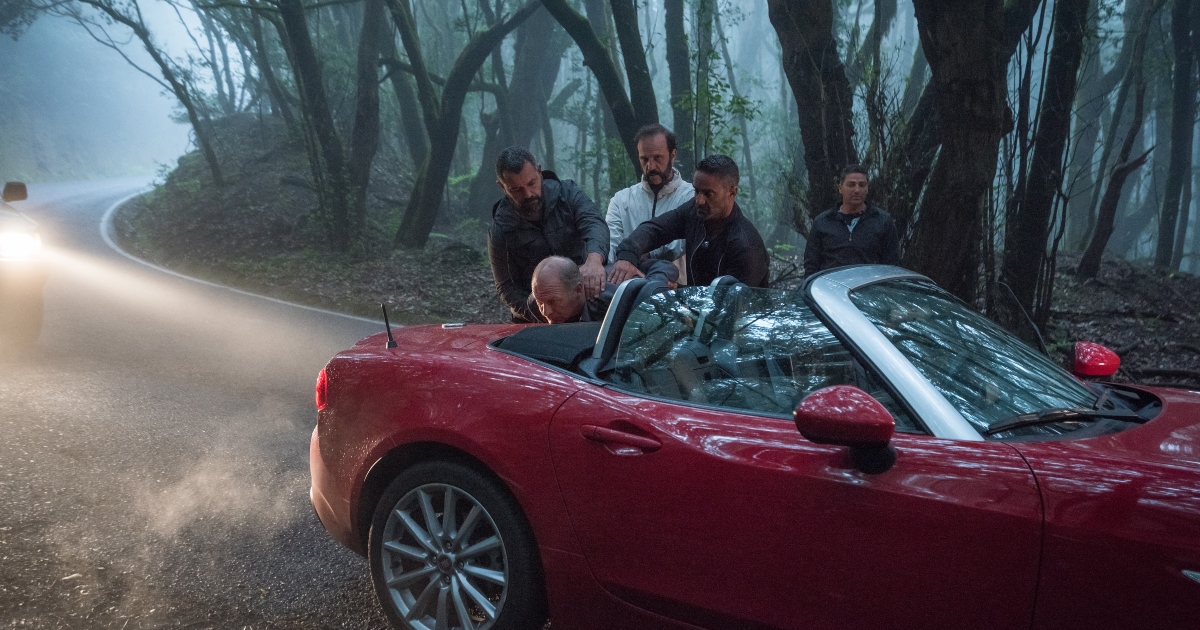 When one thinks of Romanian cinema, words that don’t instantly pop up to mind are clever or referential. The Romanian New Wave has, over the last handful of decades, become synonymous with thought-provoking, frigid character dramas more interested in political and, in some cases, spiritual corruption. In other words, being compared to “airplane thriller novels” isn’t quite their speed.

And then there’s The Whistlers. The latest film from Romanian master Corneliu Porumboiu, The Whistlers is a thrilling neo-noir that feels more closely related to pulpy crime novels than politically provocative social-realist dramas.

The film introduces viewers to a prototypical schlub of a corrupt detective, Cristi (Vlad Ivanov), as he enters an incredibly specific criminal underworld. As Iggy Pop’s “The Passenger” blares in the background, Cristi lands on La Gomera, a part of the Canary Islands, with hopes of making a quick buck while assisting a group of criminals elude the police that have begun following them and spying on their conversations. How does he hope to do this? Well by learning a new language, of course, and not one of words. No, this is a language built entirely on whistles, specific whistles that carry messages within them with anyone not familiar with the dialect(?) simply assuming they’re surrounded by some rather chatty birds.

Viewers are never made entirely privy to what the criminals are after, and in typical film noir fashion the plot devolves into almost laughable incoherence. Or maybe incoherence is the wrong word, as given the film’s reference-laiden narrative, Porumboiu is aware and intentional with his elliptical and strangely misshapen narrative. The references even come across in character names as the film’s femme fatale (played brilliantly by the almost laughably beautiful Catrinel Marlon) Gilda begins leading our main character through the underground he must quickly become accustomed to. Viewers are also introduced to various tertiary players through almost blindingly colorful title cards, ranging from the mob boss Paso (Agusi Villaronga) to the police chief hot on Cristi’s tail Magda (Rodica Lazar). Not every character here has much of a backstory, as Porumboiu feels fare more interested in enacting an almost dream-like atmosphere than giving viewers anything truly concrete to hold on to, and yet each scene feels utterly captivating, with viewers unable to take their eyes off the screen.

Each of these performances are some variance of good-to-great, with the two leads holding much of the weight. Ivanov is incredible here as Cristi, a stone-faced detective who bumbles his way through a world of equally stone-faced brutes. His attempts to learn the whistling language are often hilarious, his finger in his mouth like a fish caught on a hook. It’s an inelegant code to learn, and his frumpy frame makes for a perfect vessel to do so. Opposite him is Marlon, an actress who seems put on this planet for the sole reason of playing the femme fatale in film noirs. Born over a half century too late, Marlon’s performance is truly breathtaking, having a powerful presence on screen that’s more than just her superficial beauty.