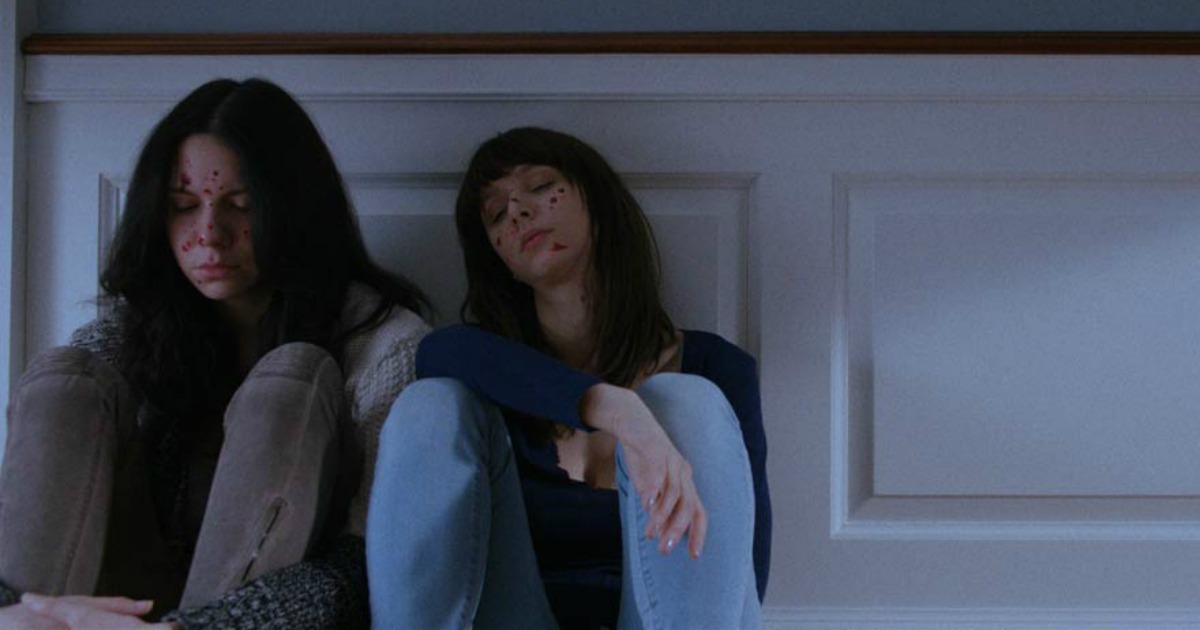 There are few names as synonymous with modern day American independent genre cinema as one Larry Fessenden. Be it his work as a producer on mainstays of the modern genre scene like Stake Land and The House Of The Devil or his own work on various low budget features as either an actor or a director, his name being attached to any given project will instantly shine a light on that film that it may otherwise not receive.

One of the low budget pictures that has received the Fessenden stamp of approval has seen its debut at this year’s Slamdance Film Fetstival, and it’s a brisk, if paint-by-numbers, exercise in genre experimentation that’s more than worth the roughly 80 minute commitment.

Entitled Body, Fessenden takes a back seat to a cast led by three relative newcomers. The film tells the story of three young friends Holly, Cali and Mel (Helen Rogers, Alexandra Turshen and Lauren Molina respectively) who decide to break into a house one night. Seemingly just another night in the lives of these three women, when a groundskeeper enters the fray (Fessenden), startling them into taking drastic measures to save their own skin, the film devolves into a thriller that is both well made and your typical look at what evil lays dormant in the core of every person.

While all four actors here are rather superb, directors Dan Berk and Robert Olsen steal the show. Ostensibly a standard look at the human spirit in the face of pending danger and doom, the film is gorgeously crafted, and the pace here is fantastic. The opening sequence is a perfect introduction into the trio of characters we focus on here, giving the viewer a glimpse as to these three women and their relationship at home with family, and particularly with one another. The sequences at home lounging together give a great introduction to these three and their dynamics with one another. It’s a superb choice on the part of the two filmmakers, allowing for the final acts falling action to really pack a punch.

Structurally, the final act here is a difficult nut to crack conceptually. At once a playful bit of experimentation that plays on storytelling tropes and viewer expectation, and yet still oddly cold and poorly executed, the film ends on a note that will either leave fans gasping or be a lightning rod for detractors saying that modern genre cinema has officially started spinning its wheels. Despite being beautifully made, this is an esoteric choice that may polarize a great deal of the picture’s potential demographic.

All three actresses here are top notch. Rogers, Turshen and Molina all give the film a brisk sense of naturalism that makes the dynamic shifts in the second and third acts all the more potent. Fessenden is a welcome addition here as the groundskeeper, but he’s not given all that much of note to do beside be a narrative device for the start of the second act. The film relies heavily on the three leading ladies mentioned above and thankfully they are more than capable of carrying the load. Despite being a standard and arguably cliche-ridden attempt to play on genre tropes and convention, this is a festival darling that will likely make a home on VOD. And that couldn’t be a better home for a brisk horror film like this.