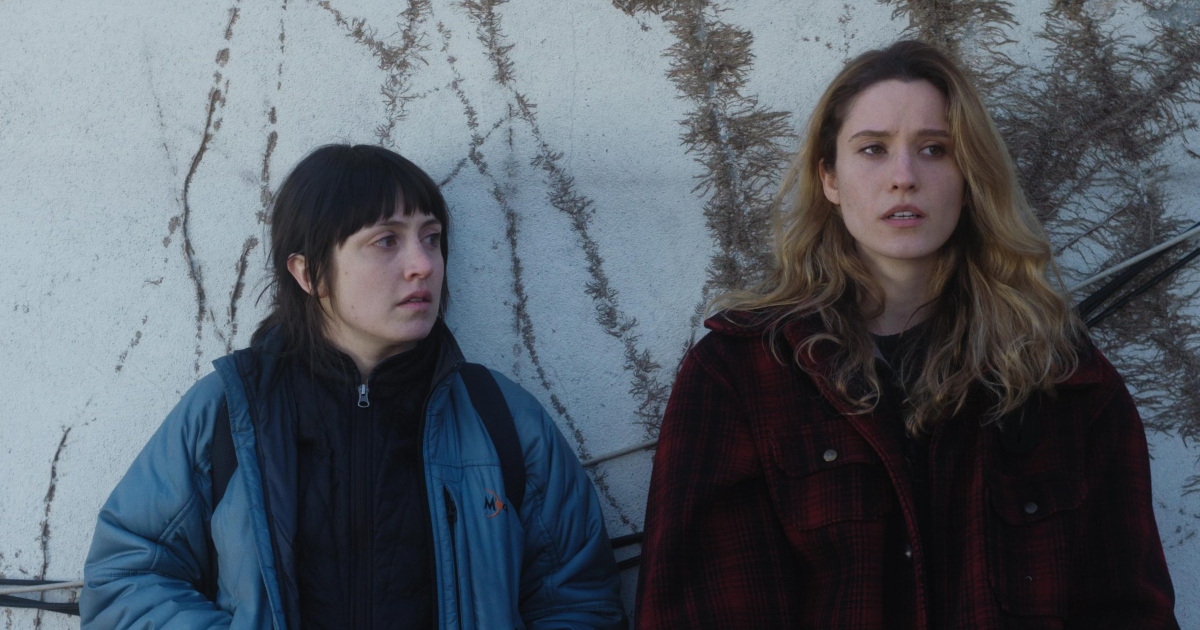 As the world continues to be ravaged by the ongoing COVID-19 pandemic, the act of seeing a new film has been, and potentially forever will be, changed. With more and more studios deciding that, instead of shifting release dates, simply debuting a major motion picture on any various streaming platform may be the best way to save face in this crisis, it’s also becoming increasingly easy to find smaller releases through the ever-growing number of distributors turning to “virtual cinemas” hoping to make a splash with a population caught in their homes.

Yet, without the same type of news cycle, it’s often a bit difficult to find out just when and where a film’s available to be seen at home. Despite the quality of the film, discussions around new release films have seemingly stalled, which is truly a shame as so far, 2020 has been a relatively superb year for cinema.

One such film making 2020 memorable is the latest film from cult filmmaker Dan Sallitt. Entitled Fourteen, Sallitt’s latest tells the story of Mara and Jo, friends since childhood who, now in their twenties when we first meet them, are at a fork in their proverbial roads. Jo, the more extroverted of the two, is a social worker seemingly incapable of maintaining a long term relationship with anyone other than Mara, and even then the connection is full of love, but quite fraught. Mara, a more reserved and cautious being, makes her way as a teacher aide while trying to make it in the world of fiction writing. Not afraid of making new connections herself, Mara begins to create some semblance of a home with a young software engineer who she begins dating shortly after viewers are introduced to her. Over the next decade or so, Sallitt follows these women as the traverse relationships both new and old, and all the happiness and heartache that come it.

Director of five feature films, Dan Sallitt has garnered an almost cult-like following among a certain set of cinephiles, with his brand of neo-realism garnering him top tier notices at film festivals the world over. One of the more talked about films among the film festival scene in 2019, Fourteen is finally available to stream through select virtual theaters, and it’s been well worth the wait. Continuing in the director’s tradition of quiet, thoughtful and thought-provoking character studies, Sallitt’s Fourteen is beautifully written film that finds its beauty not in large, maudlin moments of melodrama. Instead, the film builds its texture upon brief glimpses into these lives, lived in moments of humanity drawn out into vignettes woven together in a manner where time is as fluid as the relationships we find these women in.

The passing of time is half the point here, honestly. Structured in a way as to completely jar the viewer out of any preconceived notion of this strain of fiction storytelling, Fourteen feels almost like a collection of journal or diary entries, moments in these lives that will flash forward at the drop of a hat. One moment viewers discover that a character is with child, and with a cut the child is now not only in this fictional world but well into her young life and the relationship that brought her it has seemingly crumbled. At first this type of matter-of-fact storytelling can be jarring, with the naturalistic performances leaving the viewer needing a moment to get their legs, but come the film’s final act these edits become almost sword-like, slicing into the viewers heart with every new sequence until the final moments that almost feel as though the world has shifted right under you.

Despite this seemingly experimental structure, the direction here is as quiet and reserved as the performances. Drawing many comparisons to directors like Ozu, Sallitt’s films are often performance-focused and static in their shot composition, with this being almost a boiled down version of that ideal. Whenever the camera does move, it does so with profound beauty and emotion, with ease subtle gesture made by the camera opening up not just the world these women live in but the emotions they are feeling as well. Gorgeously shot with an almost still-life type eye, the film feels very much in conversation with a specific type of East Coast American independent cinema, a cinema that’s both interested in character and form in a way that feels rightly post-modern. Much less interested in the melodrama of everyday life, instead finding resonance in the way these young people interact with the places they find themselves, Sallitt’s direction is never heavy handed, instead using his camera to allow each performance to feel fully realized and of a piece.

And thankfully, his two lead performances do just that. Norma Kuhling as Jo has the showiest of the two performances, but never revels in it. Instead, there’s a heartbreaking truth to her weariness that progressively leads to self implosion. Her eyes speak volumes, with such profound sadness coming across in the smallest of glances or gestures. Tallie Medel, however, is the real show stealer here as her performance in the role of Mara is a sight to behold. Ostensibly the film’s lead, much of the film’s emotional weight lies on the shoulders of Medel’s Mara, and particularly as her relationship with Jo begins to not just unravel but completely self destruct, there’s a heartache behind her gestures that feels completely universal. Easily spotted by anyone with any connection to someone who couldn’t just get out of their own way, Mara’s sadness around her disconnecting from Jo is made emotionally tactile by a superb lead performance.

As we continue to find ways in this age of quarantine to embrace digital and home video streaming, it’s increasingly important to support films that are attempting to push boundaries, be it formally or narratively. Fourteen is very much in the former camp, and as one of the best films released yet in 2020 it’s an absolute must watch.