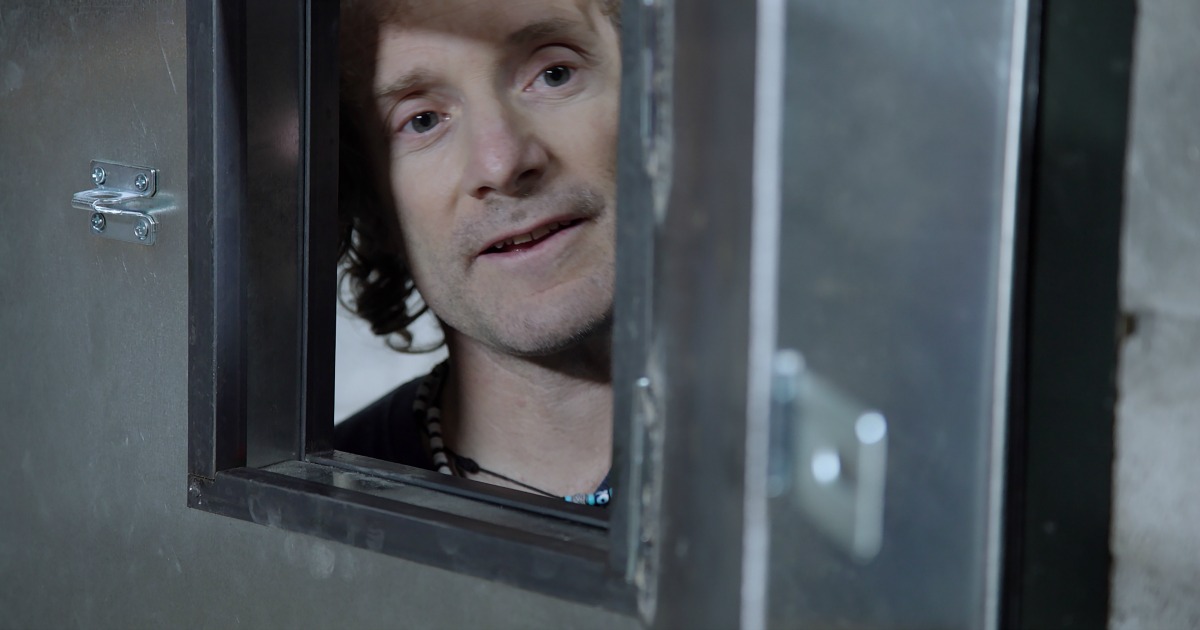 To most people, the name Theo Padnos doesn’t mean very much. With few journalists finding themselves in the spotlight, Padnos’ career to many people is one that has had little to no real impact. However, his story is one that’s both harrowing and almost too disturbing to truly be believed.

The subject of a new documentary from filmmaker David Schisgall entitled Theo Who Lived, Padnos was a self described struggling journalist until things took a dramatic and drastic turn after slipping into Syria to cover that nation’s civil war. Kidnapped the the Syrian branch of al-Qaeda, the Nusra Front, and believed to be working for the CIA due to his fluent handle of the Arabic language, Padnos was held captive for almost two full years. During his 22-month capture he was tortured mercilessly, yet he also used his handle of the language and his own personal strength to find empathy with those who captured him, ultimately finding him at the right hand of the group’s top leader.

And that’s where this documentary comes into play. Finding Padnos once again in the Middle East, the film attempts to retrace his journey and truly engross the viewer in the same universe Padnos found himself in. More or less a piece of monologue performance art, the film is at its very best when it allows Padnos to not only discuss his time in capture, but ultimately give the viewer as best a first hand account as one possibly could. Be it his describing and acting out a certain type of torture (most notably a brief discussion of a torture involving a tire and a bit of rebar) or of his describing of what an attempted escape felt like itself accompanied by a break into first hand shaky camera photography. It’s in these moments that we not only see and feel the stark sense of dread and impending doom that Padnos felt, but also the otherworldliness that is so clear within this man’s headspace. He’s a man of profound depths, particularly empathy, a theme that’s crystal clear throughout this film. Padnos understands the nature of the Syrian nation that could have spawned groups like the ones that held him captive, and feels deeply about the instability that birthed them and ultimately his own freedom after 22 months in captivity.

The film itself is quite gorgeous, despite being relatively low-key. The performance-like pieces are deliriously magnetic, and Padnos himself is a figure that demands attention not through a booming voice or anything bombastic. Instead he’s a soft spoken man with a certain something the defies description. There’s a moment in the film where we hear a story about Padnos being held in a “hot box” only to take the greens that would come with the rare orange he was given to eat and turn them into a makeshift garden, a perfect distillation of the type of man he truly is.

The pacing here is off however. Clocking in at just under 90 minutes, the film feels somewhat uneven, particularly when it’s revealed that he was betrayed by a man named Matt Schrier, a photographer who was also held captive with him, only to escape while Padnos was caught after getting stuck in a window during the rush to leave. It’s clear Padnos harbors ill will towards the man, and while this story itself could come off as almost exhausting at even 105 or so minutes, a bit more discussion of the pain he holds from this double cross of sorts would be truly enlightening. He’s a man of such empathy that to see it break, even the slightest, is a startling development to see through.
With Zeitgeist Films behind the theatrical run, a small art house run will likely await this film after it debuts on October 7, but it will be its time on VOD and ultimately streaming services when it finally finds a real audience. This story is one that has to be seen, or told in this case, to truly be believed.