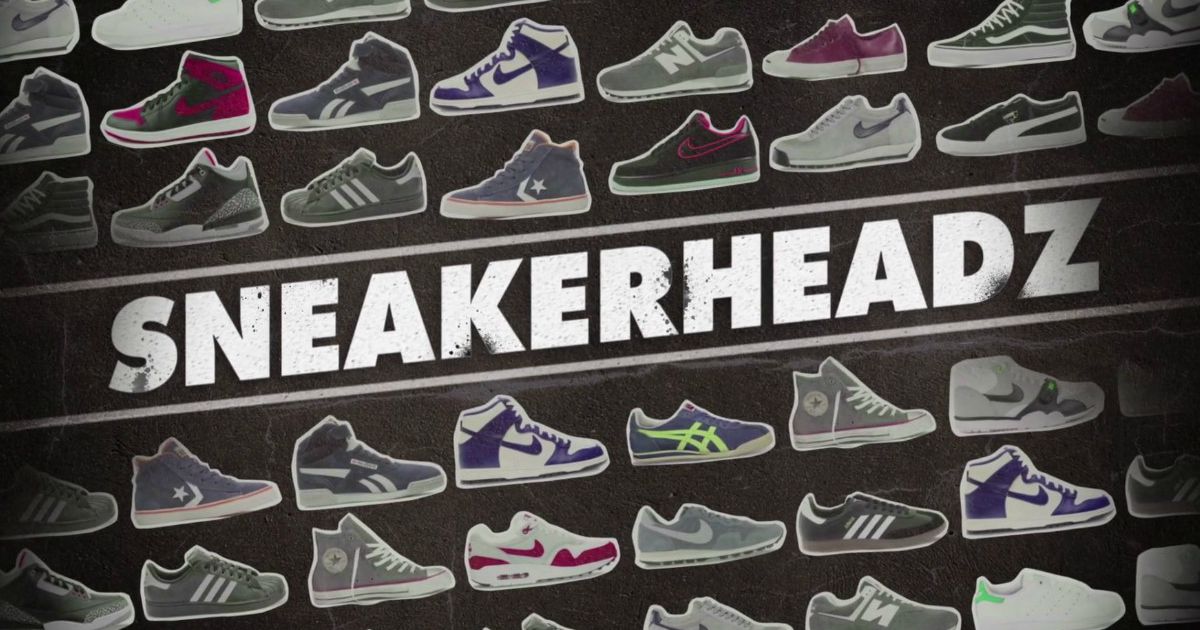 Fashion is something that means a great deal of things, different to each person. To some it’s just stuff to wear as you go about your day, to others it is a way to express one’s self and to others it is a great art form that deserves serious cultural and sociological respect and admiration. And that doesn’t even touch the world of shoes and footwear.

To many, shoes are the ultimate fashion statement. Some may see them as just things to cover your feet during the day, but to many they are art pieces that are more deserving than any of a high price tag. With some shoes reaching into the thousands of dollars and coming from the most respected of designers, who are the people that not only are able to afford these pieces, but dedicate much of their life to collecting them like film fans do Blu-ray releases?

That’s where this new documentary from directors David T. Friendly and Mick Partridge comes into play.

Entitled Sneakerheadz, the filmmakers (one a producer of Little Miss Sunshine and the other a director of great documentaries like Mercy) delve head first into the world of tennis shoes and the people who collect them. From basketball shoes like the legendary Air Jordans that are still being released to this day to thousand dollar shoes from high end designers, shoes are a varied fashion item in just about every way. Getting their start in the early days of professional basketball with Converse, the tennis shoe has become high fashion, reaching into the thousands of dollars for rare, limited qualities and this documentary attempts to paint that story as told through the eyes of various men and women who have dedicated their lives to the art of shoes and shoe collecting.

Very much a companion piece of sorts to the absolutely fantastic Just For Kicks, this is a film that doesn’t dig all that deep into the world and history of tennis shoes, but does tell a surface level narrative in a startlingly entertaining manner. A standard documentary aesthetically, the film is primarily talking heads discussing the history of tennis shoes from sportswear to high fashion, touching on singular groundbreaking moments in that history. Be it the creation of Converse to Run DMC’s “My Adidas” all the way to the rise of brands teaming with actual artists for limited releases, this is a history that is much deeper than is discussed here, but is given the right tone and atmosphere in this film.

This comes to us from Complex Films, a part of Complex Media, which is one of the foremost names in hip hop and street culture, and with that brand, you can definitely expect a lively and energetic vitality here, with a killer soundtrack and some of the biggest names in pop culture waxing poetic about their love for shoes. These interviews are a bit fluffy, but with this subject matter there isn’t much weighty material to discuss. That being said, the film doesn’t shy away from the violence found in the shoe collecting world, and it is in this final act segment, that the film’s respect for the art and the real love for shoes comes to life. It’s the film’s greatest moment, and it is what truly sets it apart from its predecessors.