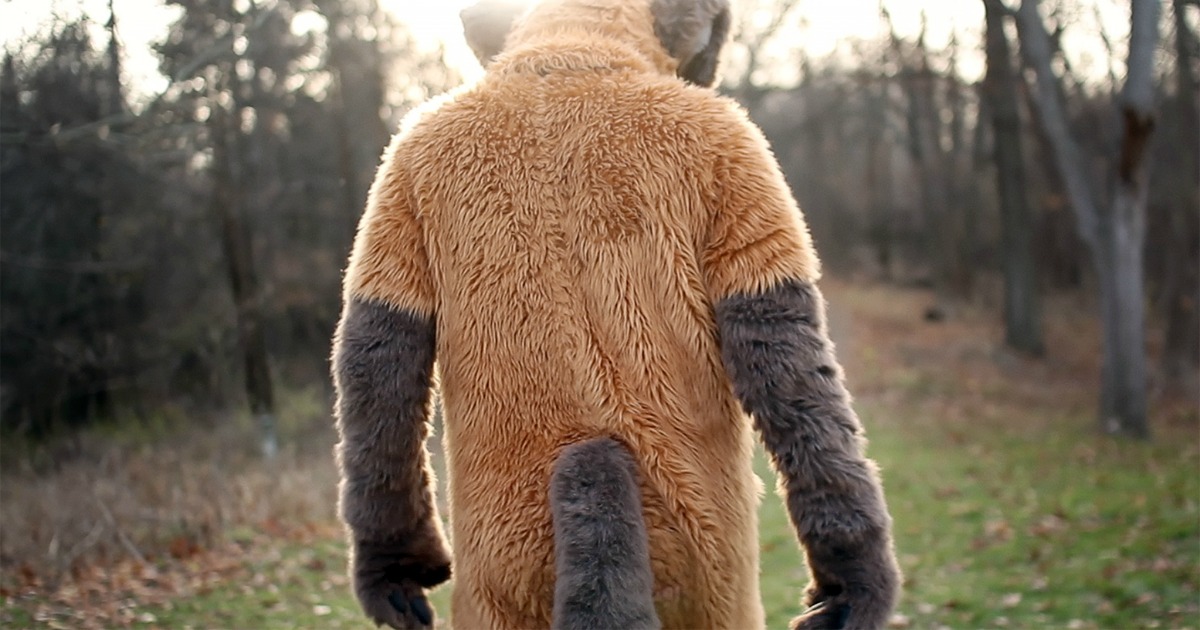 Despite collectively being placed under one reductive banner, “furries” (or men and women who have an affinity for animals to the point where they wear full body costumes and form characters that they believe to be either extensions or manifestations of their own existence) come in all shapes and sizes. More often than not, they are seen as sexual deviants who have sex while wearing the aforementioned anthropomorphic costumes. However, as with any subculture, the truth is far more mundane, with the debut documentary from filmmaker Dominic Rodriguez being a crystal clear exploration of just what makes this subsection of society tick.

Entitled Fursonas, Rodriguez introduces us to a collection of “furries,” ranging from a pirate radio show host who has become the focus of cartoonish news coverage to a leader in the movement known as Uncle Kage (who instead of wearing a furry costume seems to be glued to a campy scientist outfit). With sex toy manufacturers and men and women who simply use this subculture as an outlet to express themselves exemplifying the cavalcade of characters this title covers, Fursonas is a tender and nuanced meditation on a community that’s still trying to find itself in an age of shock “journalism.”

At face value, Fursonas is aesthetically a serviceable film. A relatively standard talking head documentary, there’s not much in the way of a clear directorial hand, with much of the film’s startling assurance coming from Rodriguez’s handling of the storytelling surrounding the film’s narrative. While it’s clear that there is a great deal of love and admiration for the men and women filling this community, the film isn’t without its nuanced arguments. Take the aforementioned Kage for example. At first introduced as a man who loves this community with as much passion as he loves a good (and big) glass of wine, the viewer becomes privy to a darker side, a side that takes a vicious hand when trying to craft a clean and inviting image in broader popular culture. When it comes to the discussing of the kinkier side of furry fandom, there is no place for it in his eyes, and it leads to some really troubling outbursts that make this film’s final act something of a spectacular change of pace.

The other notable segment involves another aforementioned character, Gary Matthews. A pirate radio host, Matthews is introduced as he attempts to get his name legally changed to Boomer, the name of the animal which he believes to be at the very core of his soul. Drawing the ire of much of the community for seemingly portraying the type of campy caricature that makes daytime talk shows scream with joy, he has gone from a spokesperson for the movement to one of its most controversial figures. This narrative is where much of the film’s emotion comes from, and it’s again a deeply touching and shockingly nuanced look at someone who embodies all that’s great about the community and all that’s bad about the coverage surrounding it. Shown opposite a brash woman who opens up on national tv about the impact of furry fandom on her sex life, there’s much to be discussed here with regards to the state of the fandom and how its image is both mismanaged and micromanaged at the same time.

Overall, Fursonas, while being a relatively standard talking head documentary, is elevated both by genuinely love and tenderness for the central subject as well as a sure enough narrative hand to call it to the mat when issues arise. A textured film that gives the men and women at its center the floor, Fursonas is not a remarkable film for anything it does aesthetically, instead it becomes a noteworthy achievement for having the skill and will to let the narrative breath, giving the viewer (as much as the community it focuses on) the chance to work through issues with first hand accounts guiding the way.