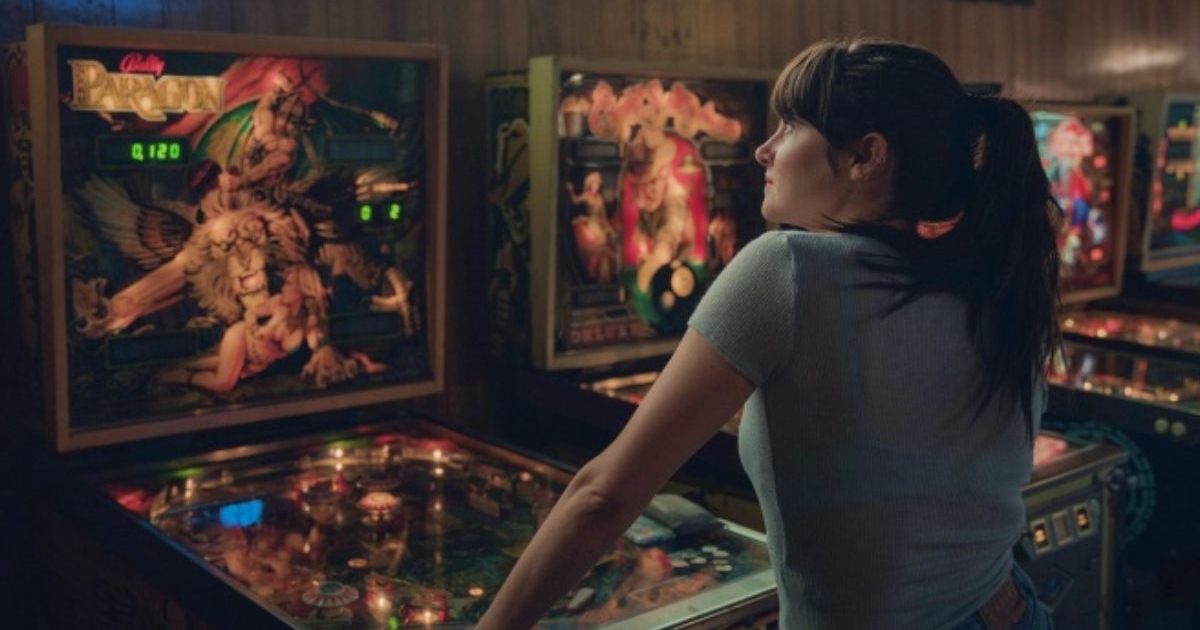 Ever since launching himself into the stratosphere with 2011’s Sundance Grand Jury Prize-winning Like Crazy, writer/director Drake Doremus has become one of the more polarizing figures on the independent American cinema stage. A crafter of detached, decidedly modern melodramas, Doremus has been steadily releasing films to varying degrees of reaction among an increasingly specific target audience.

Starring Shailene Woodley, Endings Beginnings sees Doremus returning to the big screen (or small rather, given the state of things today) and Los Angeles, where he introduces viewers to Daphne (Shailene Woodley), a thirty-something woman who has seemed to have recently broken up with a boyfriend after a series of events that we only see, more or less, in a series of disjointed flashbacks.

After making a home in the pool house of her sister, Daphne begins the process of restarting her life, both personal and professional. Vowing to be free from alcohol for a few months, Daphne begins looking for a job within the LA non-profit art scene, and ultimately runs into Jack (Jamie Dornan) and Frank (Sebastian Stan), two friends who appear to fall in some semblance of love/infatuation with her as soon as they meet her.

Frank catches her eye at first, with Stan’s stubbly face drawing her attention from the very first, lively flirtation over one of the many cigarettes the two will share over this smoke-soaked drama. The two share a night together and even more intimately a playlist, comically titled “Music To Suffer To,” which much like the fashion seen throughout the film feels ripped right out of the Urban Outfitters down at your local mall. However, it’s Jack that keeps Daphne’s attention, with their relationship growing into something more full throated. She’ll eventually bounce back and forth between the friends, with some semblance of freedom coming in the film’s final moments.

While this all may sound like your run-of-the-mill quarter life crisis drama, that’s because frankly it is. Playing as almost some strange prequel to Woodley’s role in Big Little Lies, Endings is a thinly drawn character study about a woman on the verge of either genuine enlightenment or an emotional breakdown in the wake of what appears to be a trauma that’s only hinted at in flashbacks. I only bring this back up because herein lies the film’s major problem. The lives of these characters is drawn in such a thin manner as to express not some larger idea about memory or the way grief grabs hold of one’s life, but instead it comes across as mannered and lazy. Little more than a series of cliches and character tropes, the characterization here is simple and broad, given the performers little to do with the material here.

Not even the usually dependable Woodley can elevate the picture. Her performance is one note and caught up in the same cliches that the film writ-large is. Both Dornan and Stan are, well, fine, particularly Stan whose strange manic energy at least livens up the film a little. The performances are born, at least somewhat, out of improvisation, yet they lack the energy that one believes was intended behind that choice. The chemistry between the three simply isn’t there.

Even more so, Doremus’ direction is in the same boat as well. The film’s told primarily through close ups that vaguely hint at some sense of emotional intimacy within the film, but the hazy photography and use of flashbacks makes everything feel arch in a way that does a disservice to the film’s narrative. The type of melodrama people think of when they hear that word used in a pejorative way, this is a deadingly dull film, a film that tells a simple story through wooden performances that make the film play almost comically. It’s simply a film that feels put together based on some sort of schematic of a modern romantic drama, a film that feels decidedly incomplete where that isn’t so much the point of the film as something born out of a lack of craft.