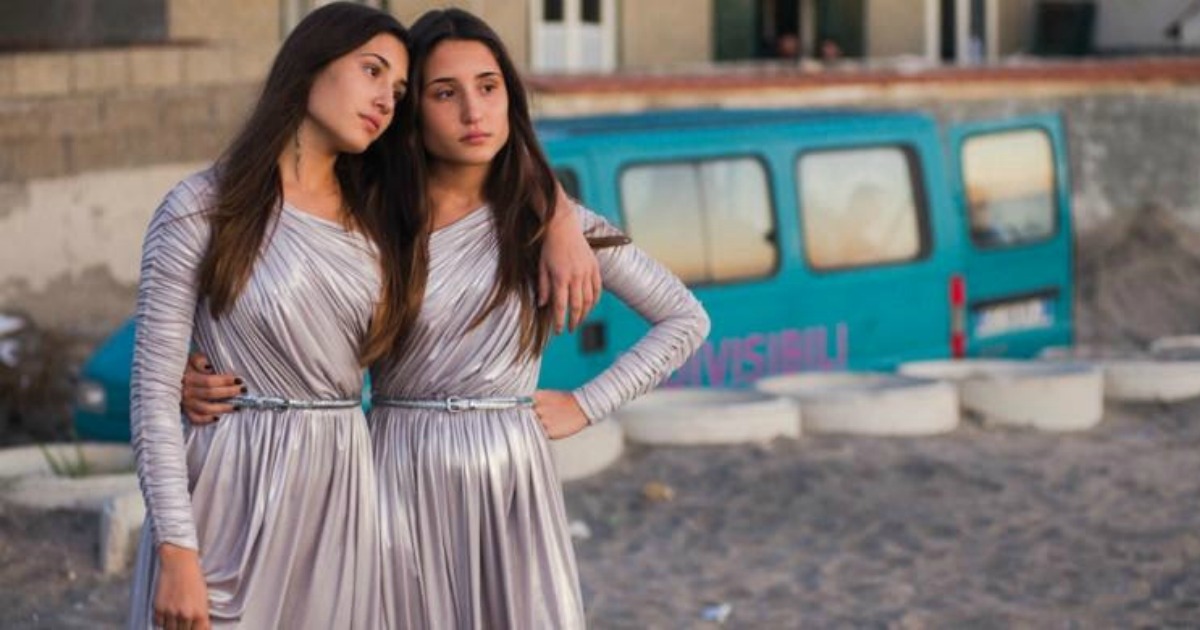 For some films, it just takes a while to find a home.

Originally debuting at the Venice International Film Festival not this year but in 2016, de Angelis’ film introduces us to Dasy and Viola, two gorgeous young women who happen to not only be talented crooners, but also conjoined twins. A hit at various small scale local gatherings, the dynamic duo are ostensibly the primary source of income for their family, including their dickhead of a father who sees them as much as his daughters as he does a collective gimmick to be peddled to families for baptisms or young men to win the heart of a lover.

The pair, however, finds hope (at first) in the promises of not only freedom from their father’s shackles but from the physical connection that binds the two polar opposites to one another. Between the sisters is a relatively time-warn dynamic. After being told by a doctor that a surgery to separate them with relative ease, they also happen to meet a wealthy manager willing to bankroll their surgery if the twins sign with him. What follows is a fable that sees our leads contemplate not only first love, but the first true glimpse of adulthood and the freedom therein.

Despite taking more than a full year to arrive on the scene here stateside following its festival run, Indivisible is a genuinely delightful surprise. Edorardo de Angelis is a relatively unknown entity, even to those with an affinity for world cinema, but what he has crafted here is a slyly surreal meditation on youthful freedom and first love in the type of slightly off manner only the best Gothic-tinged fables truly can. The picture starts is aesthetically quite beautiful, specifically de Angelis’ handling of the tone and atmosphere of the proceedings. Grimms-style fairy tales are the clearest influence here, and there’s an otherworldliness not only to the story line, but also the setting and visuals. The color palette is rich and vivid, specifically as the film nears its conclusion, which itself plays like a dark dream sequence. This final act itself plays in stark contrast aesthetically to what DP Ferran Paredes Rubio is doing earlier on in the film, which is still quite gorgeous but finds its beauty in more muted blues and pastels.

Musical performances run throughout the film, bringing life to an otherwise quiet picture, and these rather startling flights of fancy provide even more proof of the film’s true crowning gems in the form of the two lead performances. The film stars Angela and Marianna Fontana, both of whom are absolute revelations. Identical twins, the two actresses are naturals in these roles, and while the dynamic between them may be cliched (one being the free spirit while the other a devout believer, for example) they themselves bring vivid life to each moment. Both give lived in, lively performances that riff on the broad trappings of fable storytelling and yet thrive in the intimate moments the picture offers up. Particularly the film’s final act, there are profoundly moving moments that punctuate a film that is at once heightened narratively and yet shockingly intimate in its execution. Simply put, Indivisible is a pleasant surprise in a year in desperate need of some.