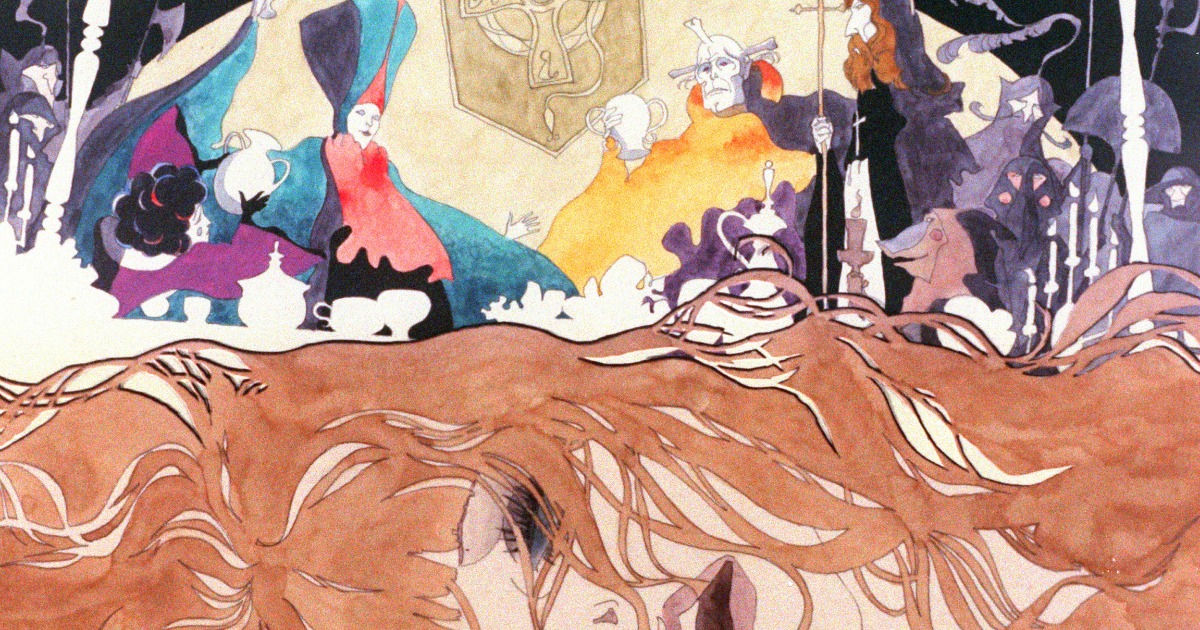 It’s been a banner year for the repertory cinema racket.

Be it the various arthouses that are continuing to grow their catalogue of classic films that they screen any given week (a local museum near your’s truly will be screening Hausu with a live score, even), or the top museums around this country expanding their film screenings to full on festivals, fans of classic and rarely seen cinema are finding it easier and easier to enjoy these legendary films with a live audience. However, it’s still rare to find that one film that is not only a bonafide classic film, but also one that has been nearly impossible to see here stateside. We’ve already seen Les Blank’s long awaited Leon Russell documentary A Poem Is A Naked Person hit theaters for the first time, so the film world couldn’t already be seeing a second classic from ages ago make its US debut within weeks of that great film, could it?

The answer is, simply and without hesitation, yes.

Thanks to the Japan Cuts festival, this country’s largest festival looking at Japanese Cinema, a masterpiece from underrated animation auteur Eiichi Yamamoto is finally arriving here stateside, over 40 years after it was made.

This past Friday, the festival hosted a special sneak preview screening of the just-finished 4k restoration of this long talked about but impossible to see classic, entitled The Belladonna Of Sadness. The final film in Yamamoto’s Animerama trilogy, Belladonna features Osamu Tezuka aboard as a producer, and comes from a rather wicked bit of source material. Based on and inspired by Jules Michelet’s iconic Satanism and Witchcraft, the film tells the tale of Jeanne, a young woman who upon her wedding, is raped by a local lord. In response, she makes a pact with Satan himself, who is voiced by the one and only Tatsuya Nakadai, which in turn sends her surrounding world into utter anarchy. Very much a film entirely its own, this is not only one of the best films you’ll see this year, but one of the most original bits of animation film has ever given us.

Narratively, the film doesn’t ultimately have much on its mind. A fever dream seemingly fueled by something entirely otherworldly, this id-driven descent into absolute madness and terror is a singular work from a singular genius. Starting off ostensibly like a series of filmed tableaus, the picture hits its second act and after the drama truly begins, it becomes something that itself feels possessed by a demon obsessed with both violence and the pinku cinema that is clearly an influence on this work. Come the ‘70s, the pinku genre had become a staple in Japanese cinema, and it is clear that that erotic cinema is the deepest influence here. Tezuka himself would produce previous works from Yamamoto, including Thousand and One Nights and Cleopatra, leaving the production of this film relatively early on to head back into the world of manga, a land where he is revered as just shy of a full on deity. In turn, this film feels much more free, and far more of one mind, almost like an animation equivalent of a There Will Be Blood or Apocalypse Now. With its use of phallic imagery and its entirely anarchic energy, the film feels like a fever dream from its director, a film that is made almost out of sheer compulsion. It is truly a startling bit of work.

Aesthetically, the film is stunning. Psychedelic colors adorn each frame of the film, and as the picture progresses, it becomes a picture so lively and so hauntingly unfiltered, that it’s truly unlike any animation you’ll ever see. Despite being a relatively straight forward revenge tale, the animation here should be studied in the highest levels of film education. Almost like watching Yamamoto take animated cinema, and distill it down to its absolute base level, the opening frames here are nothing more than panning camera over still frames of animation. However, these sequences are so haunting and deeply troubling, that as the film throttles forward, and things become more and more anarchic, the kinetic nature of Yamamoto’s direction elevates each beat. It is truly a sight to behold.

As with much of the cinema from this point in world history, as revolution is bursting at the seams across the globe, this is a film that will mean something different to each viewer. The new 4k restoration screened last Friday, and be it an animation hound or a fan of taboo-breaking cinema, any cinephile in New York should make a point to seek this film out when it makes its theatrical run. It’s a deeply troubling and haunting piece of work, and one that isn’t easy to truly break down (I’ve seen it twice so far and each time I discovered new things that changed my view of the picture), but it is an aggressively original piece of work, and one that demands discussion.