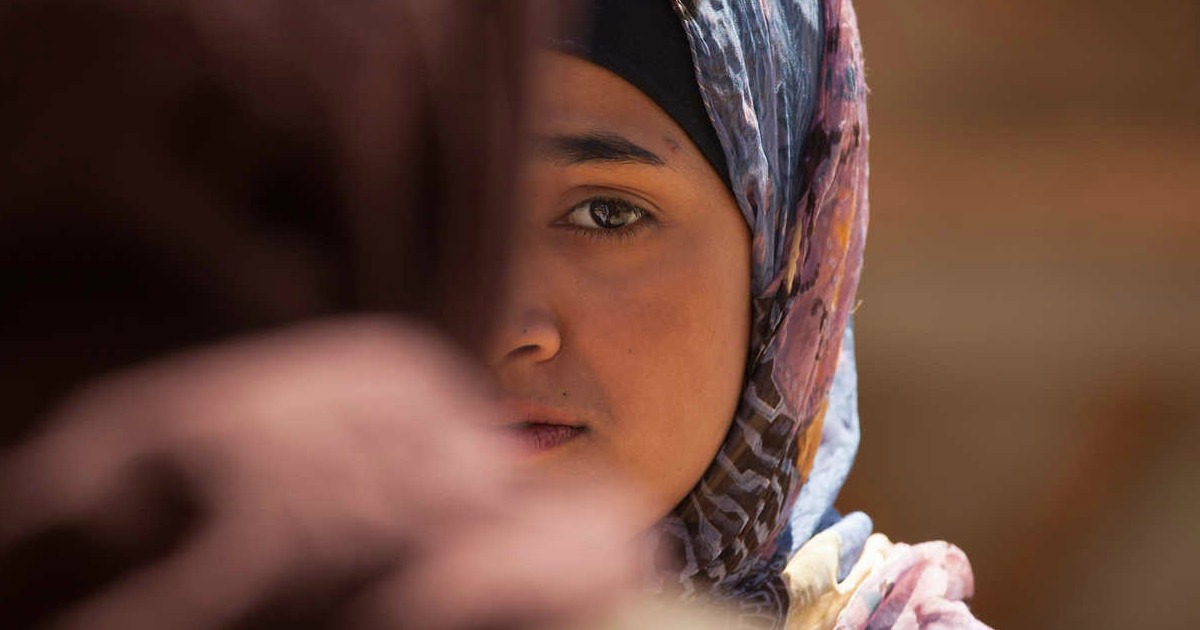 The Academy Awards may be the world’s most prestigious award given to a piece of cinema, but various countries across the globe hold their own version of these awards, with nominations coming just as hard fought. So to see a film garner 12 nominations ranging from Best Director to Best Script should put it near the top of anyone’s “must watch” list when it rolls into one’s respective town.

That’s the case for the debut film from writer/director Elite Zexer. Entitled Sand Storm, the film garnered much attention not only after earning the cavalcade of nominations in the Israeli Ophir Awards but also a run at this year’s Sundance and Toronto International Film Festivals. The film introduces us to two women stuck in the middle of a tiny Bedouin village’s backward social traditions and unbreakable patriarchy. The mother and daughter duo of Jalila (Ruba Blal-Asfour) and Layla (Lamis Ammar) are our leads here, with the former trying to make her way through her husband’s pending second marriage to a younger woman and the latter attempting to break free of her own marriage, an arranged one that would leave her and her secret boyfriend torn apart. When Jalila’s husband, Souliman (Haitham Omari) moves in with his new lover and Layla tries to set up a meeting between her father and her current boyfriend, lives forever change in unforeseen ways.

Israel’s Negev Desert is the film’s backdrop, and it’s jaw dropping in its beauty. Perfectly encapsulating the central narrative’s sense of isolation, the desert is stark and unforgiving, playing perfectly opposite the film’s naturalistic photography. Zexer’s experience within the traditions of this type of village comes through crystal clear, with the gorgeous photography giving the film an almost neo-realist sense of humanity and clear-headedness. Undoubtedly set to draw comparisons to a film like last year’s Mustang, Zexer’s film is a touch less kinetic, with much of its narrative thrust coming from the intrapersonal drama between father and daughter, or husband and wife. It’s a nuanced and lived in film, a picture that packs in a narrative that is both deeply personal and specific as well as one whose discussions of power dynamics between men and women and parent and child are breathlessly relatable. And all in just 87 minutes.

Blal-Asfour is the film’s biggest star, however. While a good chunk of the picture is put on the shoulders of Ammar’s Layla, Blal-Asfour’s Jalila is the glue holding this film together. Her performance is one of great texture and humanity, a performance that at once must see the evils in this patriarchy while also bending to its every whim. Be it her reaction to her husband moving out or her discovery of a secret boyfriend had by her daughter, we see the real power of this tradition as it shifts this woman’s life. Ammar is equally great, as is Omari, whose Suliman is both a monster and yet also just a man who has been bred to worry about the views of others. Sand Storm is a film driven by these three performances, and each one gives the film both a specificity and a universality that allows the picture to truly thrive.

With Kino Lorber backing its theatrical push, a solid art house run is awaiting it as hopefully this will find an audience interested in delving into this world. While it may seem alien in its specific notes, the central themes and discussion of generational and gender power dynamics is as universal as it gets. And this is as entrancing a look at those very dynamics as we’ve seen this year.