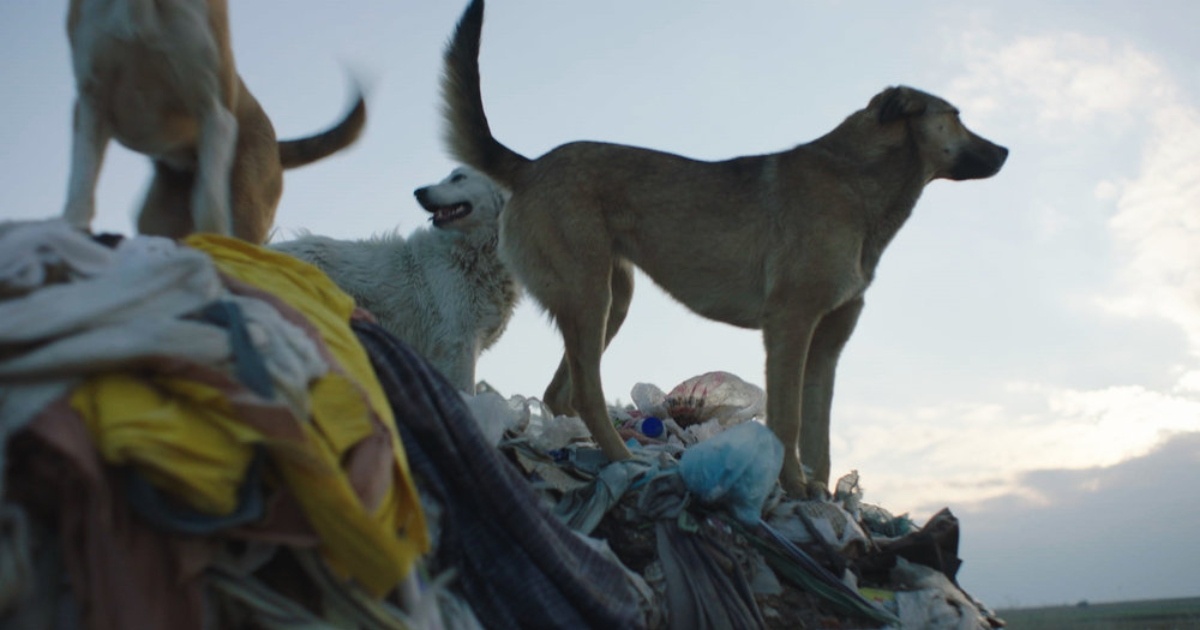 Stray is a documentary of two minds.

If one looks at the broad logline, it sounds like the most charming documentary of the year. Directed by Elizabeth Lo, Stray introduces viewers to a series of stray dogs, chief among them the charming young lady Zeytin. Along with a pair of other supporting characters in Nazar and Kartal, this brisk, barely 70 minute long excursion to the streets of Istanbul is, in the abstract, a beautiful, almost Malick-like piece of filmmaking.

However, it’s also a tactile exploration of homelessness and man’s relationship to it. Throughout the film, as one would expect given the nature of stray animals in metropolitan cities, the dogs meet various men and women of various ages (primarily youths), who through Lo’s intimate direction, become much more than window dressing. While the dogs occasionally run into a “tough crowd” if you will (I’m thinking of a scene of tourists berating them to stop shitting wherever they want and get away from them), for the most part they are allowed to roam freely thanks to the nation being one of the few in the world where it’s actually illegal to kill stray animals.

So with each interaction comes a slight duality. Why is it okay for these animals to walk the streets with no rhyme or reason and yet we as a civilization find human homelessness to be something not just unwelcome but in many ways feared and derided? Little is made literal about this dichotomy, much to the film’s credit, instead left as a secondary or tertiary question for those willing to open themselves to that serious realm of thinking.

What is on the film’s mind first and foremost is man’s relationship to these beautiful creatures. Throughout the film, quotations (ranging in vintage although it’s striking how many of these are penned by ancient philosophers) mark new scenes, each of which are made all the more vital by a near Philip Glass-like score. This conversation across time and space feels very much intentional, portraying this relationship on the outskirts of society as something that itself feels ripped out of time. Think of this as a companion of sorts to Ceyda Torun’s Kedi, an equally charming and thoughtful look at the lives of street cats in Turkey. Both are experiential, gorgeously rendered deconstructions of human/animal relationships, albeit with slightly different scopes and atmospheres.

Animal lovers should flock to this low-register gem. Lo’s direction is provocative and lively, shooting at barely knee-height throughout, with tracking shots that feel properly ripped right out of late-period Terence Malick. This scope gives real heft to an otherwise relatively short feature, and with a humanist core at its heart, this is a tender and textured empathy bomb. Films about human compassion are few and far between, and this is absolutely one. Honestly, the opening title cards sum it up best, with these words from philosopher Diogenes. “Human beings live artificially and hypocritically and would do well to study the dog.”