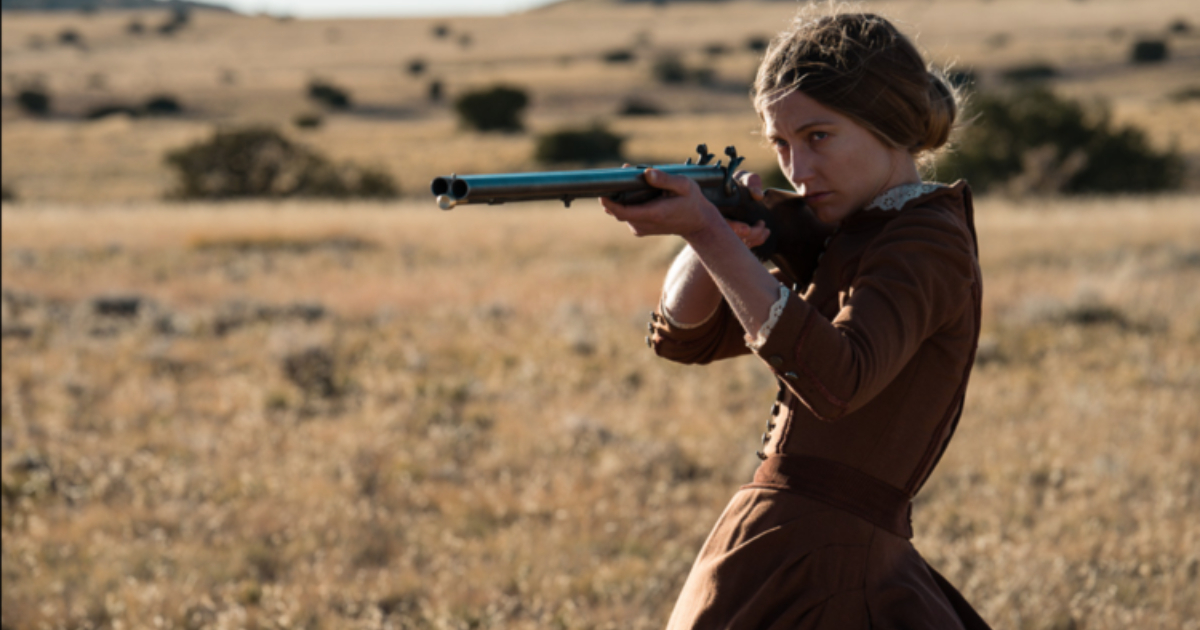 “[Insert movie title] has single-handedly saved horror films” is an attention-grabbing headline seen far too often across film websites and critical outlets. Be it a film like Hereditary from 2018 or going all the way back to a film like The Babadook, the last five or so years has seen this adage become so wide-spread that it itself has become meme-ified.

Why this has become something of a biting joke across the film world is that it not only is a false idiom but shows an incredible lack of awareness about the genre writ large. Once the world of cheap and sleazy slashers and numerically ambitious genre franchises, horror has become a breeding ground for some of today’s most exciting filmmakers, with no one or two films being any more or less important, just more or less seen.

Take Emma Tammi’s debut feature, the genre blender The Wind, for example. Now in theaters through IFC’s Midnight shingle, The Wind is a horror/western that introduces viewers to Lizzy (Caitlin Gerard), a tough-as-nails woman on the frontier in 19th-century America. Joined only by her husband (played expertly by Ashley Zukerman), the pair live a spartan existence, isolated from not just the world at large but more and more their own sanity it appears. Things change, however, when a new couple arrives, fresh off tying the knot and looking to themselves make a stake in the ever-growing American expanse. Their arrival seems to be a perfectly pleasant change of pace for both parties, yet it only amplifies Lizzy’s ever-growing terror about an unforeseen presence just lurking in the shadows.

That premise sounds compelling enough, right? Thankfully it’s executed quite well also. Despite being often uneven in some genuinely frustrating ways, this horror/western ballad of sorts is an accomplished, genuinely tense little thriller. Tammi’s direction is mature and nuanced, with a keen eye not just to the world this woman inhabits, but the existential terror that hides behind every branch breaking or sudden wind gust. A masterclass of sound design, the film leans heavily on rather typical jump scares for most of its terror, but with each scare comes some relatively inventive use of sound to initiate it. It’s not a scare built around anticipation or lazy camera tricks, each jump is earned and helps create a superbly unsettling sense of atmosphere.

Therein lies the reason one should see this film. Tammi’s understanding of atmosphere is truly beyond description. From the expert production design to the richly textured and rather quite toothsome photography, to the rudimentary but effective score, each frame carries with it a unified sense of dread and impending doom that’s tactile and unshakeable. A great debt is owed to films like Rosemary’s Baby, but setting this film in conversation with the Western genre and folklore of the time period makes for a film that feels oddly lived in despite the clearly supernatural narrative. The performances are more or less good, at least when they’re given something to do, as much of the film lies on the shoulders of Caitlin Gerard. She gives an ambitious and quite haunting performance if one impossible to keep from comparing to other similar turns both recent and classic. It’s not a mannered performance in the slightest, but it is one that’s very much in conversation with previously mentioned lead turns like Toni Collette from last year’s Hereditary, which is a messier but more ambitious picture. Actually, in keeping with the horror tradition, The Wind is the exact type of film one would expect to see as the B-picture on the back side of a double bill with Ari Aster’s fine debut feature. Hopefully, this one will find an audience as it makes its way across theaters and VOD. Tense and quietly gorgeous, The Wind is a genuine discovery.