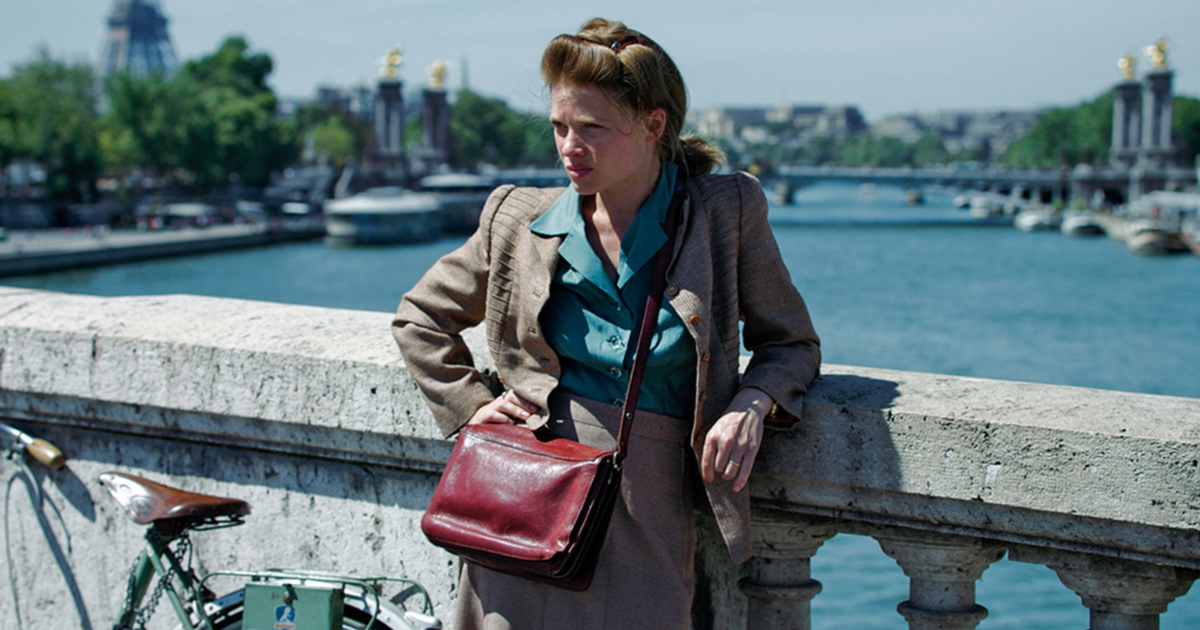 Based on Marguerite Dura’s novel The War: A Memoir, the film stars Melanie Thierry in the role of Duras, a member of the Resistance in Nazi-controlled Paris. The film takes place in 1944, and sees Duras and her husband Robert trying to make due as part of the underground revolution. Things change, however, when Robert is sent to Dachau and Duras is forced to make due as part of this rebellion while also trying to find out the status of her husband’s life. Best known for her work as an experimental novelist and screenwriter (the screenplay for Hiroshima: Mon Amour being her most widely known piece), Duras is a towering figure of mid-century writing, and this is a rightly atmospheric, ethereal piece of filmmaking that feels both inspired and directly influenced by its subject’s own work.

Memoir Of War is a claustrophobic picture. Subdued in its overall sense of style, the film pairs a lush and quietly thrilling score with Alexis Kavyrchine’s gorgeous photography in order to create a subtle thriller that, as hinted at in the lede, feels more haunted than haunting. Plaintive in its portrayal of grief and loss, almost from frame one there’s an overarching sense of dread and impending doom that hovers over the proceedings. With the director’s use of tight framing and oppressive interior sequences, Memoir is a textured work operating in the proverbial shadows of a world at war. Shadows are key here as the film does do a great job of instilling a sense of below ground importance throughout the film, bringing to the fore the character’s own sense of isolation and constant fear.

Across the board, the performances are superb, primarily Thierry in the lead role. Forced to not only embark on new relationships with those around her but consistently mourn the loss of the one most important to her, there is a great amount of nuance needed for a role of this depth and she truly nails it. Giving a deeply lived-in performance as the mournful revolutionary, Thierry is able to play Duras as a woman both tender and unbreakable, caring and yet unflinching. In a film of textures and shifts from melodrama to thriller and back again, she’s able to modulate her performance quite impressively. Benoit Magimel is fine as Rabier, Duras’ Nazi counterpart, their meetings proving as some of the film’s strongest moments. Benjamin Biolay is the real discovery here as Dionys, Duras’ lover and father of her child. Their connection is incredibly singular and palpable, and between these two different relationships, the film truly flourishes.

A densely interior film, Memoir of War is a singular way to end the summer film season. A film about unconfirmed loss and the emotional strife that sets in the one feeling it, Finkiel’s latest effort is an unshakable, haunted film about grief. And it’s a must-see.