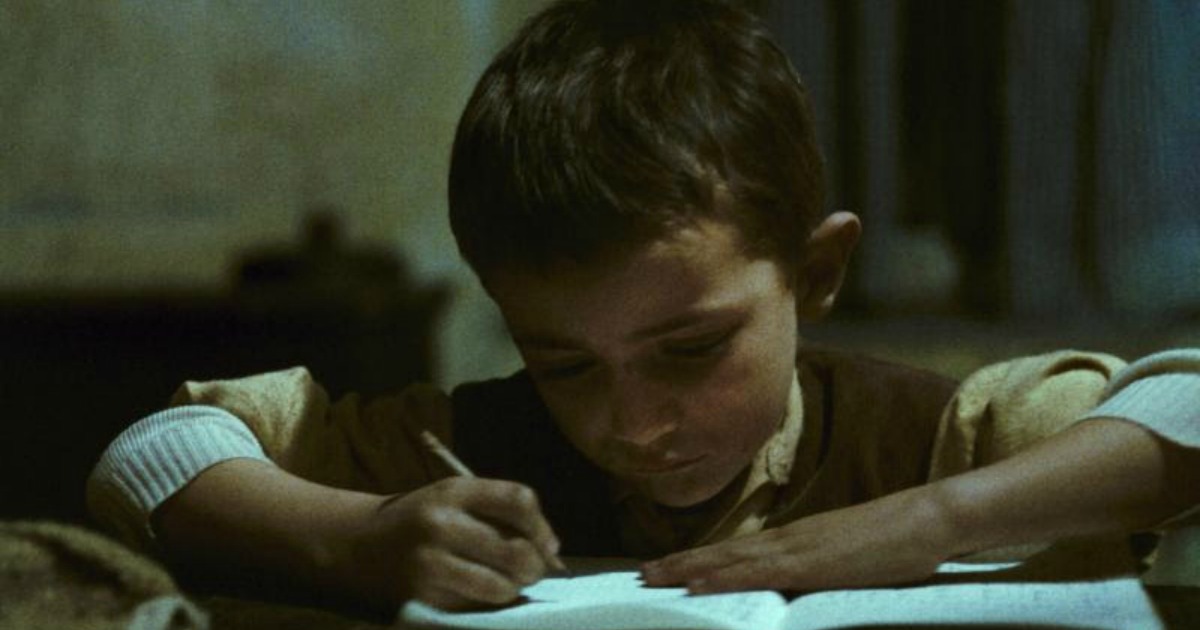 The brand of Janus Films means a hell of a lot in the art and repertory film world. Be it their promotion of new releases like the stunning Cameraperson or their support of touring film series like that devoted to Charlie Chaplin or the Wim Wenders road pictures, one sees the name Janus Films and the gorgeous logo and instantly an understanding of either the quality or the cultural import of what one is about to watch is instilled. And that’s what makes Janus throwing support behind a seemingly forgotten film, an award winning picture that’s all but disappeared in the public eye, is so important.

That’s exactly the case when talking about their latest repertory offering. A Palme d’Or winning epic, director Ermanno Olmi saw great success with his gorgeous and sprawling The Tree Of Wooden Clogs in 1978, but as is the case with much of the great world cinema pictures, few people have seen the film with even fewer finding someone to share a discussion about the film with. Best known for films like Il Posto and I Fidanzati (his other Criterion-approved pictures), Olmi is an equally great figure in Italian cinema, yet he too has not seen much discussion about his filmography in the greater cultural landscape. Hopefully, however, that will change with Janus’ touring of Clogs, beginning this Friday.

A far cry from the almost Cassavetes-esque classic Il Posto, Clogs is a whisper-quiet epic, a generational meditation on life at the turn of the 20th Century. Set on an isolated estate in late nineteenth-century Bergamo, Italy, the film sees Olmi go full neorealist to tell the intersecting stories of four families working on the same estate, and all the ups and downs that come with it. Over the 3+ hour runtime the viewer watches as these families face everything from back breaking labor to literal births and deaths, all while keeping together their time-worn spirituality and traditions. Driven by a cast of entirely non-professional actors, the film owes a deep gratitude to the neorealist tradition, particularly early entries in that film series, in its understanding of how to foster superlative performances and garner the needed emotional resonance to hold a three hour picture such as this.

And it’s a very singular three hour journey. We’re not privy to much in the way of shocking revelations here, instead Olmi offers up brief glimpses into the daily life of the various men, women and children we come in contact with. Be it a pair of children playing on their way back home from doing laundry or a wedding procession to Milan set on a river bank, the film is much more interested with what appears to be this dying way of life and the last glimmer of vitality had within it. As a revolution is glimpsed in the periphery, the film isn’t overtly political, but it’s a far more compelling statement of protest than something like the film it’s most oft-compared to, Bertolucci’s 1900. There’s a beauty to the film’s simplicity, the simplicity of the life these men, women and children lead, and yet there’s an understanding that it’s all under the eye of a difficult governing body, a body we again see being protested just on the outskirts of the film’s narrative. It’s also a deeply religious film. With each family facing various trials and tribulations, the importance of each character’s faith comes through crystal clear, with the clinging to the traditions that appear to be on their way out playing a central part of the film’s overall narrative.

That all said, this is a film of moments, a film that invites the viewer not into the specifics about these characters, instead the moments that define their lives. And it does so in an absolutely gorgeous way. We watch as the seasons change, and in so Olmi’s camera is all but static, evoking the hand of a painter crafting specific tableaus. The framing of each shot is expertly done, showing Olmi’s keen understanding of both naturalistic storytelling and its relationship to film as a narrative art, and while it does admittedly verge almost to oppressive at three hours, there’s enough humor and lowkey energy here to engage the viewer. Olmi also shot the picture, which is drop dead gorgeous, with the changing seasons bringing with them an ever-evolving color palette, with some of the night-set sequences becoming utterly jaw dropping. Olmi’s use of light is assured, and with him garnering written and edited by credits this is as close to an auteurist statement as you’re bound to see. A profound discovery for those unfamiliar with the film, with a pending Criterion Collection release set for February 14, this is a film that’s more than worth the time and effort to hunt it down in theaters. The definition of a big screen feature, this has the heart of a deeply intimate social drama and yet the breadth and artistic eye comparable to any of the greats of epic cinema.