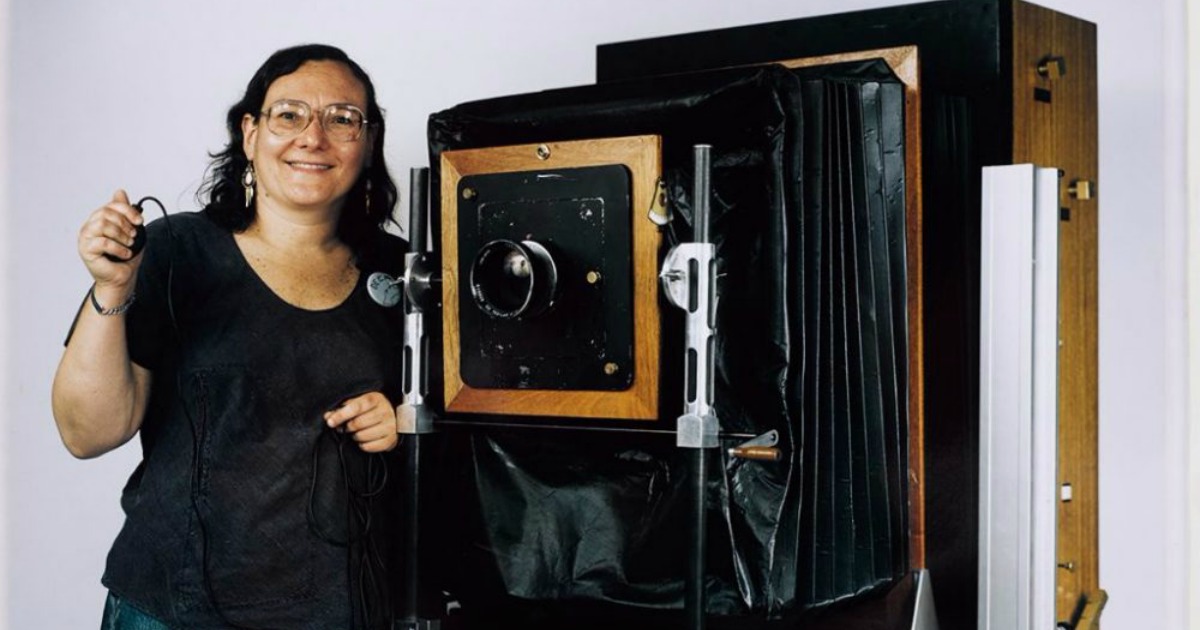 In what can rightly (if not without a bit of contempt for the cliche itself) be called the “golden age” of documentary filmmaking, there have proven to be few filmmakers more influential than Errol Morris. Not only is he a quietly inventive filmmaker formally but his work as a human interest documentarian has helped shape the very type of non-fiction work which we see today. From working in the now commonplace true crime genre to capturing portraits of some of modern history’s most important and controversial figures, Morris’ films have turned him from a simple documentarian into a figure synonymous with the medium writ large.

So it’s a moment to celebrate when Morris turns his camera back on, even if it only ultimately amounts to a minor work.

That’s the case for The B-Side: Elsa Dorfman’s Portrait Photography. Clocking it at just a hair over 70 minutes, this charming if slight piece of work introduces us to the titular photographer, a woman whose career spans decades and includes working with titans of popular culture. We watch as Dorfman waxes nostalgically about working with people like Bob Dylan and Allen Ginsberg, both of whom became close to her. A portrait photographer, her work is utterly breathtaking in its simplicity, particularly her self portraiture, which is almost defiantly absurd when one considers it in conversation with modern selfie culture. Clunky, yet beautiful, these self portraits are captivating pieces of art, and Dorfman herself is a charismatic and charming voice to have guide the viewer through this world and this art.

Arguably more fitting of a shorter film, B-Side doesn’t hold much weight when compared to Morris’ canon, yet what makes this such a worthwhile venture is both Dorfman herself and also the warmth that she gets out of her director. Best known for profound and intellectually rigorous looks at everything from the American justice system to the Iraq War, it’s rare that Morris crafts a film this warm. Not afraid to put his camera in front of eccentric folks, there’s usually a distancing or a coldness that comes with it. Not here. Easily Morris’ most overtly charming work, this film sees him giving himself fully over to this woman’s charms, finding almost a kindred spirit in Dorfman. A portrait photographer himself in many ways, Morris is profoundly fascinated by the art of photography, and through Dorfman’s work and narration he is able to get at not only the history of an artist, but an artist’s view of the importance of this art.

So to consider this picture as a minor work is not entirely fair. Does it carry with it the same grand scale that much of Morris’ previous work carries? Not really. Not even when compared to his portrait works. However, those films don’t carry with it the same sense of energy or real glee that Morris infects this picture with. It very much feels like an evolutionary moment in his career. Or hey, one can hope that’s what we’ll be saying about this film in a handful of years. It’s small, but it’s something really quite special.