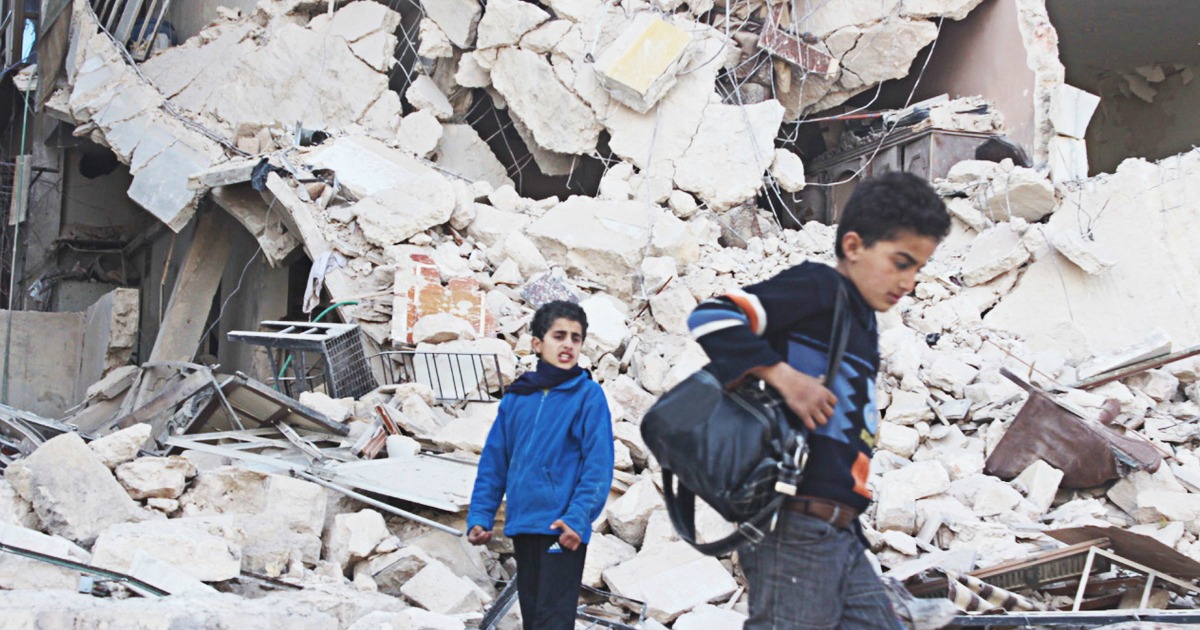 The vast majority of films, even non-fiction works, don’t leave much to talk about, meditate on or emotionally work through following the closing credits. Film is, to many, an escapist pleasure and vessel for captivating but not necessarily engaging works of fiction or non-fiction. However, with a world that’s becoming more polarizing, more violent and more dangerous, the best of cinema truly engages the facts of society head on or through subversive creative narratives.

Cries From Syria is firmly in the former category.

Ultimately awaiting an HBO debut on March 13, the new film from director Evgeny Afineevsky is making a limited theatrical run beginning March 10, and it’s beyond a shadow of a doubt one of 2017’s most important feature documentaries.

A story that spans decades, Cries truly begins its central narrative in the wake of the Arab Spring, in March 2011. In response to and inspired by events throughout the Middle East including Tunisia, Libya and Egypt, the Syrian people took to the streets in opposition of the vicious authoritarian rule of the Bashar al-Assad regime. Besides a brief prologue setting the stage for this six year crisis, director Afineevsky (whose previous film Winter On Fire: Ukraine’s Fight For Freedom would garner her Oscar credibility) packs in a complex world issue into a brisk and utterly unshakable two hour feature that takes what is one of the world’s most violent and devastating crisis.

What truly makes this an important work of non-fiction is two-fold. First, the film is breathlessly engaging. Clocking in at just under two hours, the film does seem to take a relatively broad look at what is a crisis that has become center on the world stage, this is the exact type of film that helps introduce those who may not be familiar with this crisis. We all read about refugees fleeing Syria in our newspapers and hear about them on our news broadcasts, but for many it’s just another issue hotly contested on those very programs. Afineevsky’s film is a completely captivating piece of documentary filmmaking that is structurally divided into four chapters, showing the gradual evolution and escalation of this horrific situation.

That being said, the second reason this film is so impactful and important is the blunt nature of its depiction of this situation. Deeply troubling, Cries is a visceral, unsettling and unflinching look at the impact of this type of violence both sociologically and on a very specific, bodily level. Beginning as a response to the brutal treatment of a group of school children who painted anti-government graffiti, the crisis would lead to death and destruction on a mass scale, and the film never turns its back on this very real and very harsh reality. While the talking head interviews and title card animation all seem a bit classic in their aesthetic conceit, Afineevsky’s unwavering camera is an important and impactful addition to this film. Her ability to give a rather expansive and yet completely captivating look at one of the modern world’s most important current events and yet not lose sight of the humanity that is lost in crisis like these makes Cries one of 2017’s most important films.