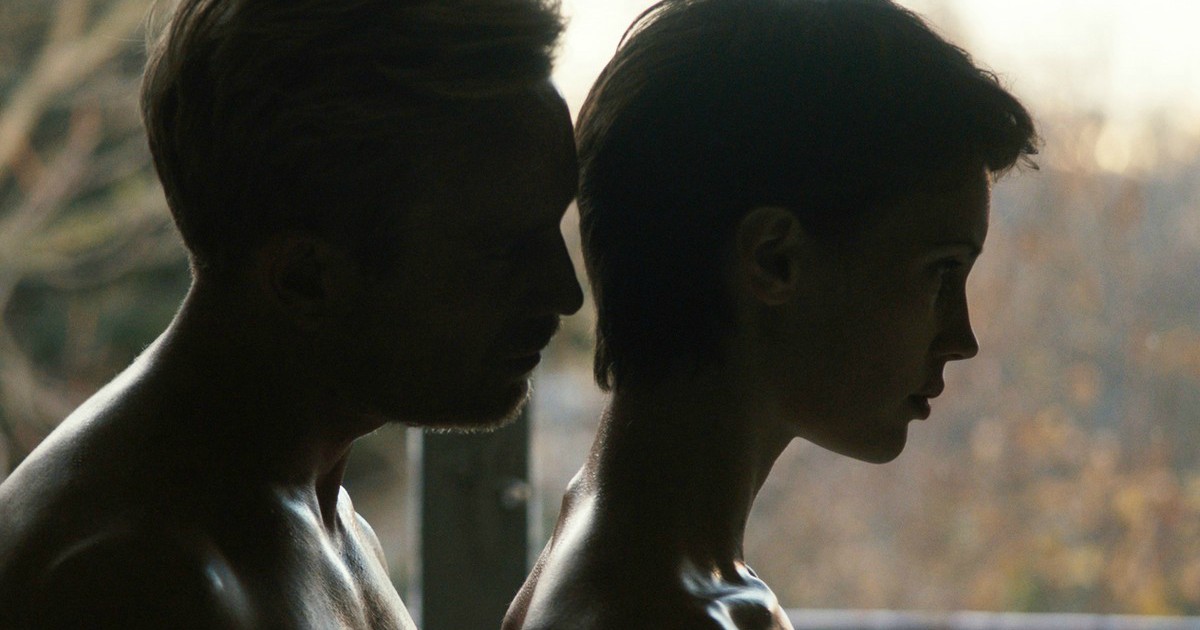 Francois Ozon is a fascinating study in a directorial career. Never quite hitting the critical or commercial heights of many of his contemporaries, Ozon has found a committed, if niche, fan base that has seen him make some true masterpieces (last year’s Frantz) and also some real duds (Angel is pretty but a trifle). However, Double Lover is truly a singular achievement from a singular filmmaker. For both good and for ill.

One hesitates to delve too deeply into the film’s plot, as the sheer audacity of the narrative and its disinterest in leaving a single thing up to one’s imagination veers past audacious into the almost experimental. After a brief title sequence that sees our lead undergo a physical change, we see as a doctor is using a gynecological tool on Chloe (Marine Vacth, reteaming with Ozon after working together on the underrated Young and Beautiful). From this almost gasp inducing shot, itself evolving from something seemingly alien into something wholly pretty, the director fades into a shot of Chloe laying in bed, an open, weeping eye taking center stage. It’s a stunning and profoundly moving way to open the picture, and is at once the film’s most beautiful moment, and about its most subtle.

Double Lover is not Ozon’s most nuanced feature. Written by Ozon as well, the screenplay is arguably the film’s weakest link, itself based loosely on Joyce Carol Oates’ Lives of the Twins. Tonally everything feels of a piece, but it tips over that very sensitive line between melodrama and sheer histrionics. Not only are theme and emotion almost the same here, but for a film that has zero qualms with showing things, it has even less issue with verbalizing the same themes almost at the same time. The story ostensibly follows a broken young woman as she enters therapy, only to fall madly in love with her hunk of a therapist, Paul (Jeremie Renier). From there the film unfolds, diving deeper into the histories of both parties, only to become a story about the lies we tell, why we tell them, and the duality of human existence. That’s all fine and good, but when this film fails it’s simply due to Ozon’s inability to let his images do the speaking.

And that’s a shame, because he has maybe never been at a higher volume than he is during this picture. As mentioned above, Double Lover opens on a high note, a note of almost surreal experimentation, and when the film succeeds it is because it has the conviction of that conceit. Beautifully shot by photographer Manu Dacosse, with top notch production design by Sylvie Olive, Ozon’s film is a gorgeously composed picture, one that’s as tactile as it is otherworldly. Rooted far more in the world of torrid melodramas than that of the Brian DePalma sex thriller (although the use of space within the frame, think split screens that almost become superimpositions, feels very much influenced by that filmmaker), Lover is brimming with moments of almost baroque experimentation. There’s an energy, a vitality, to each frame that elevates what could have easily been a frigid thriller of infidelity. Instead, Ozon embraces the camp within this narrative, and crafts a film that’s as much a typical narrative as it is something more sensory.

Therein lies the central conflict with the craftsmanship of the film. Artistically, the film is impeccable. Ozon is at the height of his creative powers, crafting a film that is as sensual and sexual as it is thrilling and nearly experimental. Even as a director of actors, Ozon plays a perfect hand. Both Vacth and Renier turn in superlative performances, particularly Vacth who isn’t given much in the way of variety of emotions, but the minor shifts in mood and tone speak volumes in this otherwise bombastic picture. She’s an incredibly physical actor, as is Renier who turns in dual performances that are truly haunting. However, as great a crafter of images as Ozon is here, he doesn’t have the same success behind the typewriter. Leaning into the melodrama a bit too heavily, Ozon doesn’t leave anything unsaid, which makes the film’s descent into absurdity at once awe inspiring and also nearly laughable. But could that be the point? Could this all just be an experiment by a director looking to challenge himself? Whatever it is, whatever this movie is, it’s beautiful and wonderfully acted and certainly not an experience one will easily forget, all of which aren’t things said about too many a motion picture these days.