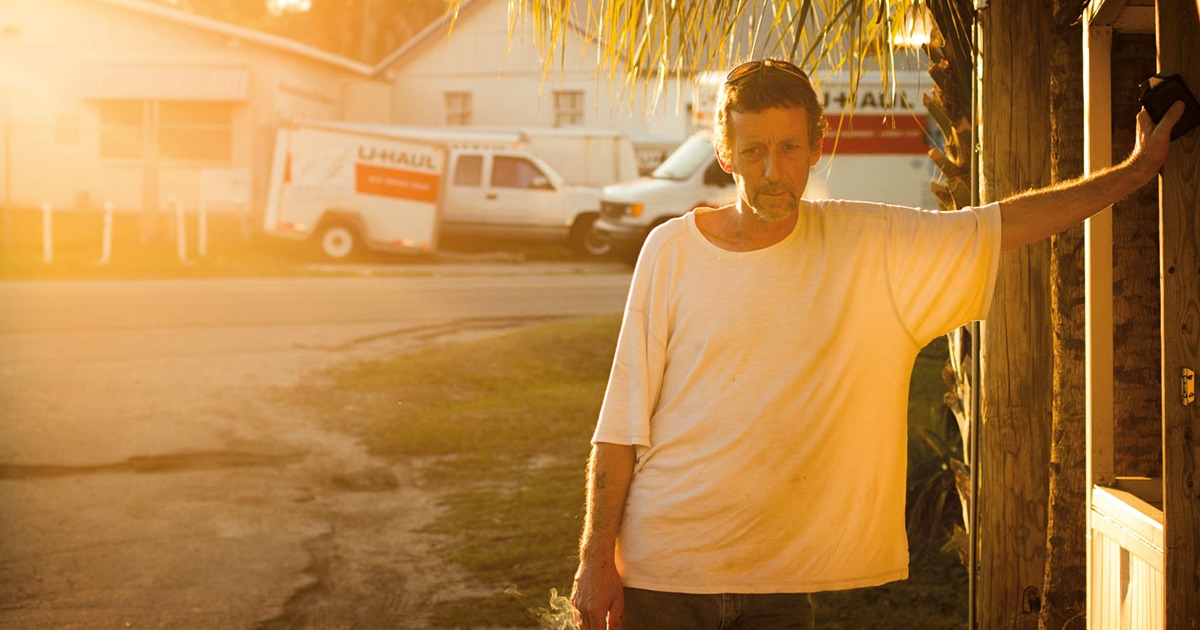 While filmmakers haven’t been afraid of making sexual abuse the center of numerous fiction films of varying quality, there have been very few documentary films revolving around sexual abuse with even fewer looking at those who commit these heinous acts. An easy subject to turn into a histrionic meditation on the darkest reaches of humanity, not only is the new film from husband and wife duo Frida and Lasse Barkfors a genuinely nuanced look at men and women who must spend the rest of their lives dealing with the abuse they have committed, but it gives true humanity to a deeply upsetting subject.

The central thread of Pervert Park is something many people may very well be completely unaware of. Florida Justice Transitions, also known as the titular “Pervert Park,” is a mobile home compound that houses roughly 120 men and women who have been convicted of sexual offenses. With offenses than range from minor misdemeanors to some of the most upsetting and deeply troubling crimes one will ever hear discussed, finding the monstrosity housed within these homes is easy to do. However, as one sees throughout this picture, the goal within this living facility is to rehabilitate and reintroduce these men and women into the world that they have damaged with their illnesses.

Winner of the World Cinema Documentary Special Jury Award at this year’s Sundance Film Festival, Pervert Park is a startling achievement in nuance and humane empathy. One could easily see this film consisting of faceless figures with identities hidden and voices altered, but instead the picture introduces us to flesh and bone humans, including Will Heffernan. A man convicted of molesting an 8 and 13 year old child, Heffernan is at once both ashamed of his past, and yet entirely open in discussing his crimes. More or less an extension of the therapy sessions that play throughout the film, Park is a study in a very distinct and rare type of observational documentary filmmaking. With every other filmmaker seemingly interested in maudlin music marking manipulative emotional beats attempting to discuss one point of view in a debate, this pair takes a note from the aforementioned therapy sequences and simply allows their subjects to work through the decisions they’ve made and the roots therein.

Aesthetically, the film is a wonder as well. While being admittedly a small scale effort, the structure here is engrossing, and the photography is quite great. Driven as much by the talking head sequences and therapy scenes as it is the behind the back tracking shots that play throughout the film, this is an intimate ordeal that never draws attention to anything outside of the lives these men and women are leading. The characters here come in all shapes and sizes, all under the guidance of a man named Don Sweeney who sees these men and women as a group in need of greater rehabilitation, with the film concluding on a title card stating a fact that will not only expand the themes at work here but also go on to deepen the emotional resonance that is fostered throughout this brisk and moving documentary.

Sitting with the characters that make up this film may not be easy. Marketing a film like Pervert Park is an impossible concept. However, this is an absolutely must-watch picture that is as painful to interact with as it is humanely made. Likely bound to be a mainstay on streaming services like Netflix, this is a stunning surprise of a documentary that is truly unlike anything you’ll see this year.