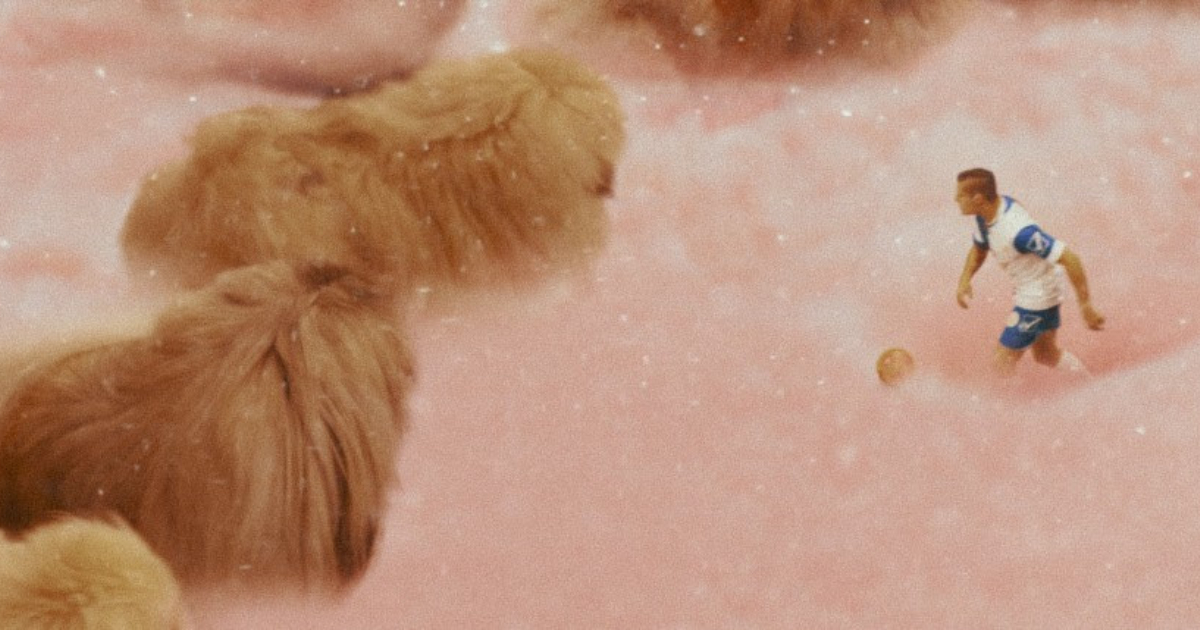 While much of the film world has centered their attention upon this year’s New York Film Festival, which is just now underway, one of the festival’s most exciting and captivating aspects rarely gets the buzz it so rightly deserves.

That would be the Projections sidebar, which became best known under the title of Views From The Avant Garde, and routinely fills itself with some of the year’s most thrilling bits of experimental and boundary-pushing fiction features, documentaries and shorts. Leading this year’s lineup is a critical darling marking the debut of two exciting new filmmaking voices.

Diamantino marks the debut of directors Gabriel Abrantes and Daniel Schmidt, and stands as one of the great social satires in a year chock full of them. The film introduces viewers to the titular Diamantino, a seemingly iconic soccer superstar who is just about as talented as he is gobsmackingly pretty. However, after one fateful moment on the soccer pitch, Diamantino (played by the gorgeous Carloto Cotta of Miguel Gomes’ masterful Tabu) ends his career under a shroud of mystery and disgrace, only to come face to face with everything from his own shifting genes and gender to the rise of nationalist fascism, for which he becomes the face of.

A profoundly messy, unwieldy beast of a film, Diamantino is an uneven picture that’s not so much that way because of anything critically distasteful, instead the sheer ambition of this film makes a clean landing nearly impossible. Directors Abrantes and Schmidt have crafted an object, aesthetically, of pure camp, a film that’s gaudy, decadent and so heightened stylistically that it feels not of this world, instead of one where the mechanics feel noticeably true but taken to their logical socio-political extreme. We have athletes telling the public not to just “give them another chance” but to “make [blank] great again,” but the talk of unwanted refugees and walls that will keep them out. It’s a film that intellectually feels ripped right out of today’s headlines, but done in such a dream-like manner that the cut to our lead dreaming of playing soccer against a group of giant puppies doesn’t just feel like a stylistic stunt, but instead feels like a coherent choice made by a pair of filmmakers at the very top of their games.

The film doesn’t completely work, however. There’s a subplot involving an undercover tax investigator posing as a nun that feels somewhat out of place, or maybe simply not in keeping with the otherwise aesthetically surreal filmmaking. It’s a fine bit of narrative work, but feels gimmicky in a way that the rest of the film truly does not. Seemingly most closely related to the work of John Waters, Diamantino is far less overtly grotesque, instead playing in the same socially aware milieu but with higher aspirations aesthetically. Think instead of lobster rape as seen in something like Multiple Maniacs, Abrantes and Schmidt evoke sequences that feel more rooted in dream logic.

Again, like the above-mentioned sequence of giant puppies coming onto the soccer field during what ostensibly began as an in-reality game, there are flights of fancy that, when taken as a whole, feel incredibly of a piece with one another. It helps that the film is gorgeously shot as well, with Charles Ackley Anderson shooting the proverbial hell out of it. Anderson shifts between tones and moods as easily as his two filmmakers do, particularly in the back half of the film which leans on the relationship between a young woman and our lead. It’s a nuanced relationship within the narrative, and Anderson’s photography ranges from the beautifully naturalistic to the downright expressionistic, particularly during one sequence that sees the two lovers get physical following a revelation that previously was played for chuckles. It’s an impressive piece of artistry, which is something that can be said for more or less this entire film.