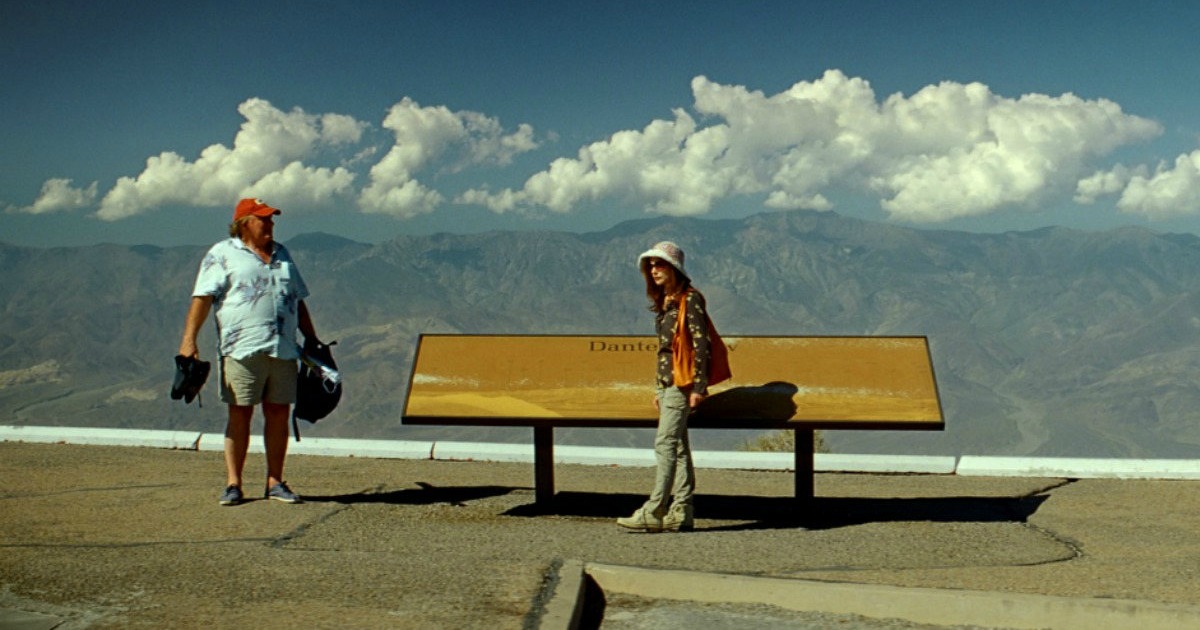 Grief is both one of the most discussed topics within motion pictures, and yet it’s a theme that is more often than not done with poor execution. Either too slight to matter in any deeply emotional or intellectual level or played in a pitch so shrill that calling it melodrama would be treating it kindly, this is a topic deserving a nuanced and assured hand from everyone involved, from director to his or her cast. And thankfully, Guillaume Nicloux’s latest film plays this theme beautifully.

Entitled Valley of Love Nicloux is back with yet another film (he’s ostensibly directed a film or done work in TV at a pace of one every two years or better since the early portion of his career in the early 1990s) and takes on the theme of grief with two of the best actors of their generation. The film introduces us to Isabelle and Gerard, a divorced couple meeting in Death Valley, California at the request of their son, Michael, who within an apparent suicide note described his last, dying wish in hopes of what he says will be the last time he sees them both. If you couldn’t tell by the promotional materials which almost bill their involvement above anything regarding the actual film, the picture stars Isabelle Huppert and Gerard Depardieu, allowing the viewer (and in one moment a character within the film) the chance to have an initial burst of star shock, only to delve into the shockingly deep waters that this film narratively and thematically plays within.

As already mentioned, the film revolves more or less around the suicide note that Isabelle and Gerard received from their son, promising that if they were to follow his instructions, they would be together one last time. We’re thrust directly into their journey, with character beats coming in small doses, but thankfully at a gradual pace. Learning things as they are naturally revealed, the viewer doesn’t get a full story with regards to anyone involved here, instead finding Nicloux more interested in tones, moods and atmosphere. The contents of the actual note itself become the film’s only problem however, when each party who received them goes upon reading them aloud, revealing very little about the relationship between their son and the two parents so desperate for one last meeting with their child.

However, these are brief lapses of artistic judgement, and they punctuate the beauty and assured dramatic weight that is truly at the core of this film. Both Depardieu and Huppert are absolutely breathtaking here, with Huppert’s raw emotion going blow for blow with Depardieu’s paunchy charisma. There are few moments you’ll see this year more beautiful that a moment of intimacy shared between these two icons of the big screen and set pieces more emotionally devastating than the one that more or less concludes the picture, with Isabelle running after what she believes to be her son only to reach out and find nothing. It’s a sequence that is both well acted and deftly directed, but the nuance and maturity seen in the film’s screenplay steals the show. Again, this is a film of tones and moods, and not just in the form of the photography from Christophe Offenstein which, in all of its rich textures and hues, tries so very hard to draw attention to what is admittedly a divine directorial effort from Nicloux. Nicloux’s camera, especially in the opening and closing sequences, feels almost otherworldly, as if the camera itself is Michael, floating in some kind of purgatory waiting for his dying wish to be met so he can rest in piece.

Clocking in at just around 90 minutes and arriving in theaters thanks to Strand Releasing, Valley Of Love is a film rightly billed around the two rarely-better leads at the core of the picture. However, while one may come for the performances from Isabelle Huppert and Gerard Depardieu, please stay for a film that is a nuanced and profound meditation on the power of grief, and all that comes with that. Soaked in an almost tactile air of melancholy, this is a truly moving film about loss spearheaded by two of the greatest thespians of their generation. What more could one ask for as blockbuster counter-programming?