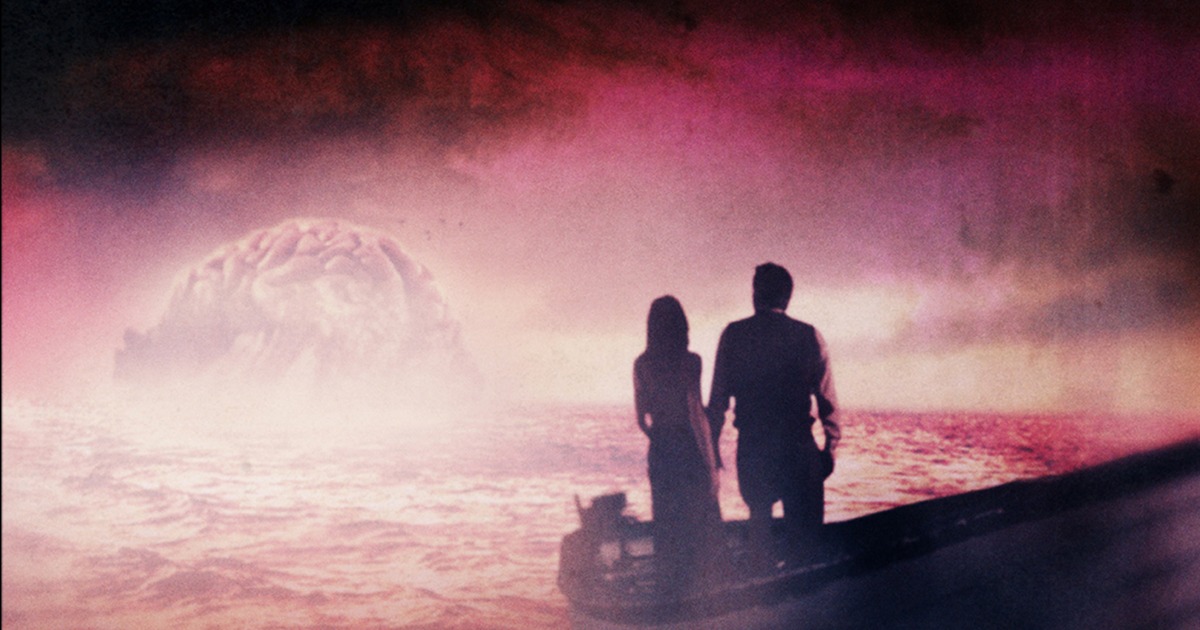 Imagine this. As you sit down in a full theater, the lights dim, curtain opens, and the projector strategically placed in the back of the room begins playing what you assume will be a relatively standard narrative feature film akin to the rest of the fall film slate. Oscar bait is on your mind, as all of a sudden, a prologue begins instructing the viewer on how to properly take a bath. Surreal, experimental, absurdest and delightfully childish, this is not the opening of the latest awards hopeful. Instead, this is how one of today’s greatest surreal auteurs has begun his latest masterpiece, one of 2015’s most dream-like, breathlessly original motion pictures.

Guy Maddin is at it once again with The Forbidden Room, a film beyond description. Opening with the aforementioned ode to proper hygiene, the film then shifts to what one could possibly describe as its central narrative, the story of a crew on a submarine who have lost all hope, devolving to the point where they are consuming air out of the air pockets found within pancakes. When they are joined by a woodsman, things get truly “weird,” and so the film descends into the nether regions of Maddin and co-director Evan Johnson’s minds, fueled by an affinity for everything from surreal poetry (poet John Ashberry is also involved in the project) and various pieces of cinema from that point where silent and sound film battled for supremacy.

Narratively, the film is hard to truly try and describe. Much of this picture involves dream-like streams of conscience that flow in and out of the film without much real structure. The prologue itself is entrancing, as it is the film’s most clear-eyed segment. Louis Negin is the star of the bath taking instructional video, and it plays as a perfect entry point into not only this picture, but a litmus test of sorts with regards to Maddin’s overall aesthetic. Very much of an age long gone, Maddin’s film making is influenced heavily by the era of cinema where things as dramatic as sound and color were beginning to be experimented with. Anarchic in many ways structurally, there is also a beautiful and brazen episodic nature to the proceedings, with characters floating in and out of one another’s “stories” without much reason or notice. We see a woodsman enter a trapped submarine, then we watch him fall in love with a pagan woman, only to then see our story devolve into stolen animal heads, floating brains, volcanoes and everything in between, the frame constantly on the verge of either exploding with a burst of energy or imploding under the weight of all the narrative balls it has tossed in the air. As kinetic and frantic narratively as it is aesthetically, the film is boiled down in one segment, when a doctor mutters to a patient on the brink of a breakdown that “nothing is ever the past.” Maddin is working in a world entirely his own, a filmmaker born a century too late but with a drive to bring that time forward in each and every frame of his work. The phrase tour-de-force was made with the hopes of being connected to a film this brash and original.

Aesthetically, the film is one of the year’s most wondrous achievements. Maddin is at his very best here, as assured with his aesthetic as he has ever been in his lengthy and well regarded career. More so even than his cinematic interests, Maddin is a filmmaker inspired by the passing of time. Be it the start of his career in a film like The Dead Father, which itself is indirectly referenced here, or in his most personal film, My Winnipeg, Maddin is influenced deeply by his experience in this thing we call life. Each frame here oozes a love and craft that few filmmakers embed in their work, drawing both from his love of German Expressionism as well as his ever growing surrealist influences. Far less Gothic a nightmare than his last, brilliant motion picture Keyhole, this is as loose a picture as they come, and while the narrative superficiality may turn viewers new to Maddin off, those with an interest in digging a bit deeper will find a director at the height of his power, an impressionist who crafts Baroque odes to cinema history and the importance of a proper bath.

Two cinematographers are credited here, Stephanie Anne Weber Biron and Benjamin Kasulke, both of whom are the true stars here. Where Maddin ostensibly builds this picture around the various catacombs of his psyche, these two photographers are the biggest stars here, giving the film an energy rarely seen in modern cinema. In lesser hands, the film’s various digressions could come off as pretentious, both give the film a depth and scope that it so desperately needs. Obviously influenced by the same cinema as Maddin, Weber Biron and Kasulke offer up vignettes that range from the ornate to the obtuse, taking the same hazy hues and roughness found in early cinema and turning them up to the proverbial 11. It’s a visceral picture that owes a great deal to the two photographers. Weber Biron is particularly of note, as seeing her evolve from her early work on films like I Killed My Mother to this shows a cinematographer in the midst of evolution. There are definite touches of her previous work, particularly the brazen animated short Higglety Pigglety Pop! or There Must Be More to Life. It’s hard to think of a more aesthetically powerful motion picture from 2015 than the one given to us by this creative team.

The cast here is a murderer’s row of art cinema staples, including Charlotte Rampling, Geraldine Chaplin, Mathieu Amalric and Elina Lowensohn, all of whom give really energetic and vital performances in a film less interested in their actual characters than the universe they live in. When critics say a film “isn’t for everyone,” this is the film they’re talking about. A specific filmmaker with specific interests making specific choices, Maddin gives cinephiles an absolute feast for the eyes, a descent into dreams, the way humans deal with loss and film history. A body blow to the senses, The Forbidden Room is a deliciously anarchic film experience that is unlike anything cinema has ever seen.