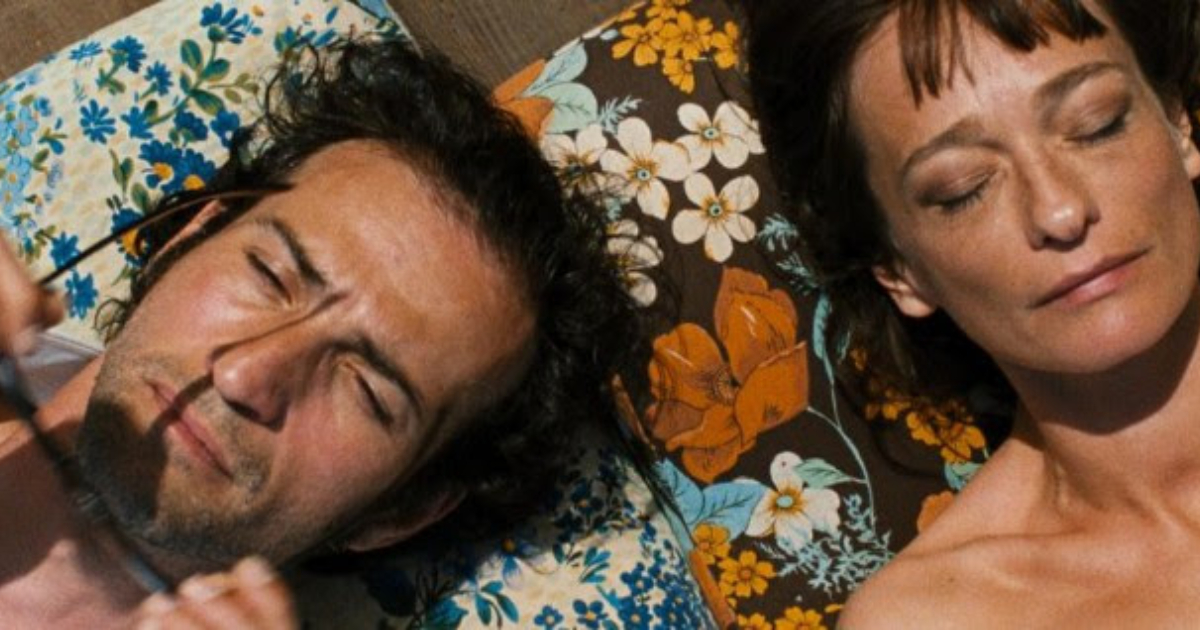 Few films outside the realm of the experimental cinema one only encounters within the context of a museum retrospective or riffling through a boutique video shop truly challenge a viewer to decide what they deem as important when viewing a feature-length film work. Does one need simply a director or directors working at the height of their powers, challenging their audience with sensual experimentation? Or does one request a cogent narrative that compels the viewer to keep their eyes on the screen? There are films like Joe Swanberg’s LOL that looks, more or less, like utter garbage but is an evocative look at relationships in the digital age. Then there are films like Beyond The Black Rainbow that does have a narrative but is such a visual and aural experience that these sensory aspects overload a viewer.

This question will be on the mind of anyone who makes time to watch the latest film from directors Helene Cattet and Bruno Forzani, Let The Corpses Tan. Best known for their equally well titled (and exponentially better) The Strange Color Of Your Body’s Tears, Cattet and Forzani return with a visually captivating, narratively inert thriller that sees the pair leap from the world of giallo pastiche to sending up the type of violent thrillers seen in Italian cinema around the 1970s. As far as the narrative does go, the film follows a gang of criminals forced to retreat to a remote Mediterranean village after boosting a truckload of gold. However, when two cops show up with badges clear, the small town and a famous artist that calls it home see their lives upended in a violent and hallucinatory turn of events.

Itself based on a novel from Jean-Patrick Manchette, Let The Corpses Tan is at its best when it completely jettisons the narrative in favor of almost primordially visual filmmaking. More or less a film about the relationship between sex, violence and faith, much of the film’s visual aesthetic is directly riffing on that battle. From the opening pops of color that are at once violent in their suddenness and deeply erotic in their tactility, to a shot of a woman lactating champagne, there’s a constant battle between the beautiful and the grotesque that’s quite compelling. Surreal to an extent that’s both comical and deeply admirable, Corpses drips style out of every pore, and despite being derivative to the point where the Ennio Morricone led soundtrack brings about laughter, the use of pop art-like cinematography and an energetic frame makes this a captivating watch. The camerawork is expressive, and there are numerous shots here that are as strange as they are oddly compelling, with nightmarish fantasy sequences juxtaposed with brutally plain and blunt violence.

That being said, the film is also almost experimentally void of an actual narrative. Clearly the idea of “style over substance” taken to its logical conclusion, Cattet and Forzani seem to have very little interest in telling anything resembling an actual story. Now, this is normally a perfectly admirable conceit. Film is, after all, a visual medium, born into existence in order to portray objects in motion. However, where a film like the duo’s Amer balances the arch nature of its style with an equally sparse narrative, this feels decidedly derivative in a way that none of their previous films have. No performance here is worth its weight in celluloid, none ever once showing the performers as either completely sincere in their embracing of this material nor quite in on its joke enough to send it up properly. What results is a picture that’s impressive in its craftsmanship (photography is striking and expressionistic in its use of contrast and design work that’s textured), yet never gives the viewer a reason to really give a damn. Sure it’s pretty, but it’s also flat, false and flaccid.