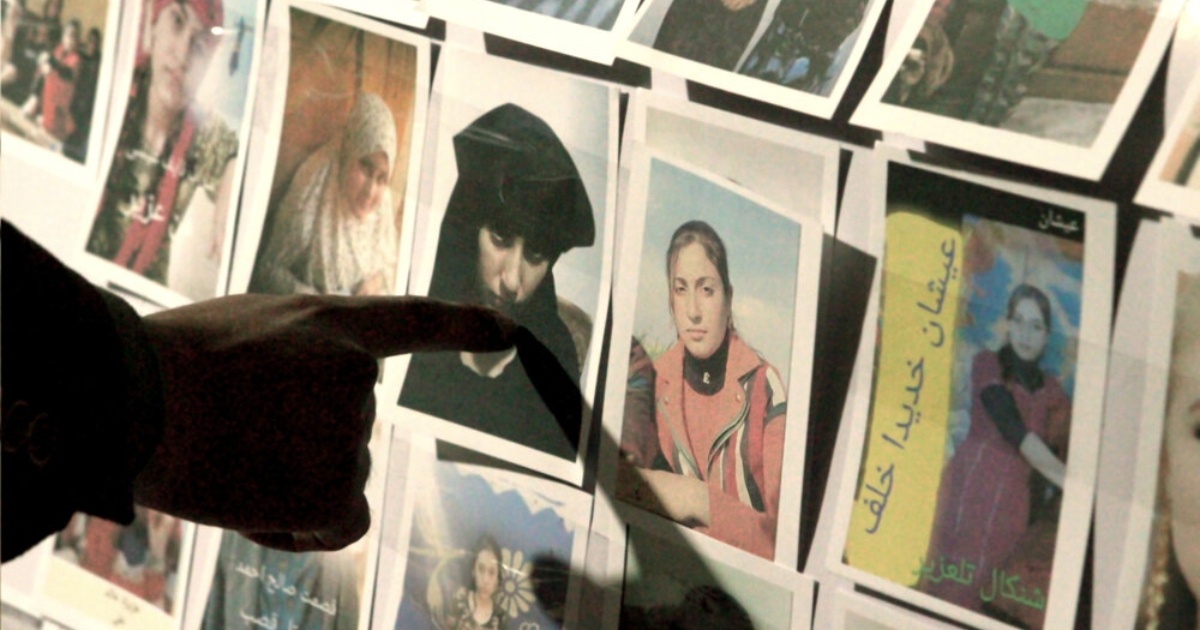 When one thinks about challenging, urgent non-fiction filmmaking, the first name that pops to mind likely won’t be MTV Documentary Films. However, with their latest release, they have once again proven to be one of the more intriguing and important nonfiction distributors working today.

From Kurdish filmmaker Hogir Hirori comes Sabaya, an often thrilling and even more frequently terrifying dive into the lives of women at the Iraqi-Syrian border. The film introduces viewers to a group of volunteers working out of the Yazidi Home Center, as they risk everything, including their lives, to save women and girls from lives of sexual slavery at the border. A religious minority, Yazidi women are often forced into slavery, particularly in the hostile and unfathomably dangerous Al-hol refugee camp. Housing some 73,000 ISIS supporters, this camp is widely considered one of the world’s most volatile camps, making the acts the film documents not just humane but bewilderingly brave.

Mahmud and Ziyad are the film’s main focuses here, two volunteers who, with only guns and cell phones, spend their nights attempting to free these women, known as “sabaya,” from which the film draws its title. Right from the film’s opening scene the tone and atmosphere is set. Viewers are thrust squarely into the middle of a rescue mission, with the filmmaker embedded with the rescuers, finding himself quite literally in the middle of almost surreal fire fights. But this isn’t to say the film is glad-handing. Quite the opposite.

Hirori’s direction is urgent, but far from self-important. Never once drawing attention to himself, Hirori simply lets the footage roll, attempting to capture the nature of these rescue missions as well as the lives directly affected by them with profound intimacy and, again, urgency. He never forgets the fact that these people are risking their lives not out of any judicial or governmental order, but out of the sheer kindness of their hearts, and backed by little more than human will.

And they aren’t the only ones. Besides the thrilling rescue sequences, the real “thrills” if you will come from the “infiltrators” that aid the rescuers in their missions. These women, often themselves former Sabaya rescued by these teams, go into the Al-hol camp undercover, and aid the teams literally from within the belly of the beast. Hirori is also greatly adept at humanizing the events, particularly through his leads like Mahmud, whose wife and mother aid him and his teams in the equally important process of reacclimating the Sabaya to life outside of their slave state. He also gives the film incredible humanity through the way he captures each sequence. Without ever turning himself into a character, Hirori gives viewers a fly-on-the-wall experience, capturing sequences through techniques both loud and subtle.

That’s not to say the film is always perfectly coherent. This experiential style gives the film a somewhat cryptic structure, but not out of some lack of understanding. No, instead this only elevates the tension, because it’s these moments of pure unknown that could ultimately cost everyone involved their lives. Viewers are given some background information, but even those come through title cards that feel few and far between, instead finding the director opting for an almost brazen direct cinema approach.

An essential, thrilling piece of documentary filmmaking, this self described “docu-thriller” is a film unlike any seen yet this year. Urgent and enthralling, this film may lack the big set pieces or hectic editing of a major fiction thriller, but no less absorbing or frenetic. And yet it’s the quieter moments, the moments shared with Mahmud’s wife and mother, moments of women breaking free of a life of degradation and coming to terms with their newfound freedom that makes Sabaya truly one of the great films of the year. An utterly engrossing masterwork.