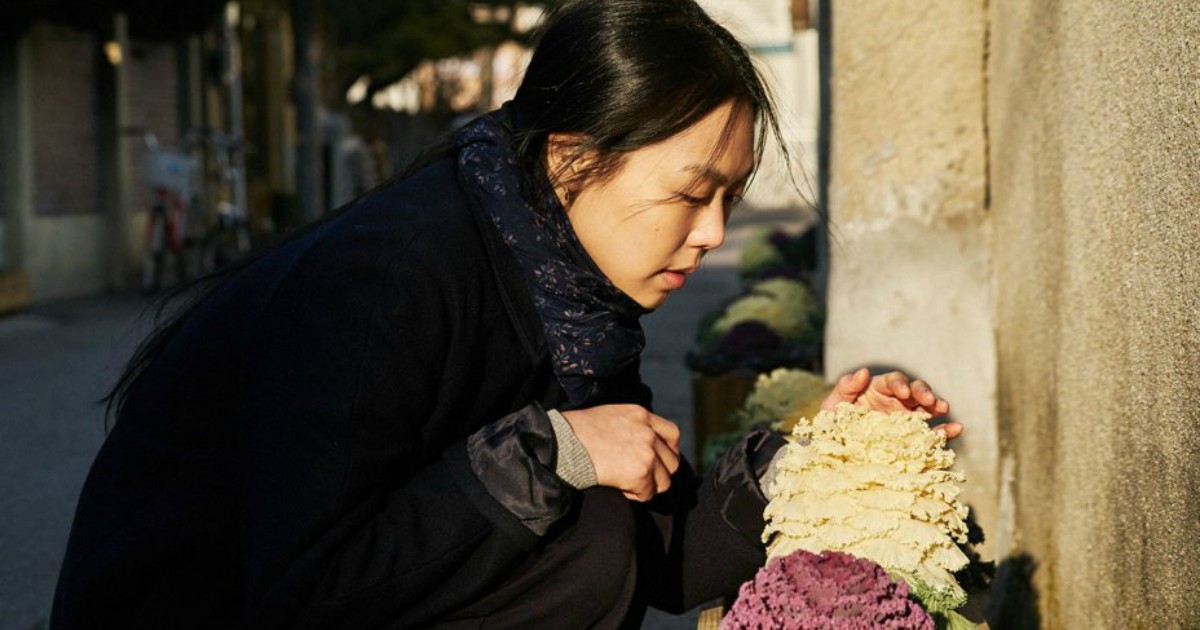 Over the past twenty-plus years, director Hong Sang-soo has not only become one of cinema’s most prolific filmmakers, but one of its most exciting and introspective auteurs. Through films ranging from his early masterpiece Woman Is The Future Of Man to 2017 which sees the director hit theaters with three feature films, all of which have garnered various levels of praise at festivals across the globe. And now the first of his 2017 trio to hit theaters does so this weekend, and it’s yet another startling achievement in the director’s ever increasingly important oeuvre.

Entitled On The Beach At Night Alone, Hong Sang-soo tells the story that seems ripped right out of the director and his star’s own personal lives. The film stars his Right Now, Wrong Then muse Kim Minhee, the two having since become a pair themselves, creating a rather scandalous bit of tabloid fodder in their native South Korea. For a director who has always, more or less, worked in profoundly personal stories, On The Beach At Night Alone sees Hong working in an even more introspective mode, and ultimately making a film that’s as deeply moving and unflinchingly personal a work as he’s ever made.

Ostensibly plot free, the film introduces us to Young-hee, a troubled young woman who we first meet in the middle of a visit with a friend, Jee-young, in Germany. We slowly learn that she has left Korea to try and give herself distance from an affair she had with a filmmaker, played by Moon Sung-keun. From there we watch as she has an awkward dinner with a quiet German couple, and ultimately return to Korea for a series of encounters that leads her to dive deeper and deeper into the feelings that remain from her passionate affair. With soju flowing freely, On The Beach evolves from a quiet story of a woman trying to escape a love that she has lost into something much more confrontational both figuratively and, come the final sequence, literally.

Without any of the tabloid feeding, extratextual information, On The Beach At Night Alone has the feel of a film coming from a deeply personal place. Hong’s films have always had a profound sense of intimacy and emotional realism within each frame, and here is no difference. A master of long sequences, Hong’s greatest attribute is not only his understanding of the power in holding a static shot, but maybe more so the space that that allows within the literal language of the film. Also the film’s writer, Hong gives his actors enough room to breathe, showing a deep understanding of the power of language be it through inflection or the negative space that gives each interaction its own sense of underlying emotion. There’s a painfully pure humanity to Hong’s films, a theatrical realism that turns his unassuming, almost stage-like features into something purely their own.

Aesthetically this may be a step forward for Hong as well. One of the director’s more esoteric works, every Hong trademark is here, ranging from his gorgeously composed frames to his singular use of zooms. And it is in those moments where the static nature of Hong’s frame is broken that sends the balance of things a bit off. As the characters dive deeper and deeper into their own relationships as if it were another bottle of soju there becomes an imbalance that ultimately culminates in a final sequence that’s arguably one of Hong’s greatest single achievements to date. For example, the root image of the film, which we return to sporadically throughout, sees our lead laying silently alone on a beach, an image of solitude that is in many ways the core idea of the picture. Hong’s films are driven by their interpersonal interactions, and while On The Beach isn’t much different, the theme of loneliness and longing is so central to the film that these brief moments of isolation are almost painful to watch. Even the way Hong frames them, with Min-hee’s back to camera, hints at the character’s feeling of being separate from the world around her, as if to say she’s resigned to feeling completely by herself in this world. And this isn’t rare within Hong’s films. He’s become synonymous with loneliness and the crippling need for human connection, and this is that idea distilled down to its purest and most raw state

For a film very much about expression and the frustration in one’s inability to do so, performances are a key here, particularly the lead. Min-hee is an absolute star, showing a clear understanding of Hong’s screenplay and without any knowledge of the affair that inspired the picture, one could easily see a personal connection to the material here. Min-hee’s performance feels particularly lived in and backed by a sense of freedom that just isn’t seen much in modern acting. There’s a clear craftsmanship to the performance, yet the mannered acting style one sees across cinema today is left in the dust for something that feels much more real and tactile. Be it a glance, a movement or the intonation she gives to her line readings, Min-hee’s performance is dynamic and truly impressive.

With three films set to hit theaters within the next handful of months, Hong Sang-soo is a director who is both becoming more and more prolific and seemingly more and more personal an artist. On The Beach At Night Alone finds Hong working at the very height of his powers, both as writer and a director. With the help of a top notch performance from his lead actress, Hong dives head first into a story about love and loss, loneliness and longing, that’s as unwaveringly assured aesthetically as it is devastatingly moving narratively. It’s simply one of the very best films of a very good year in cinema, and one of the very best films from maybe today’s most exciting filmmaker.