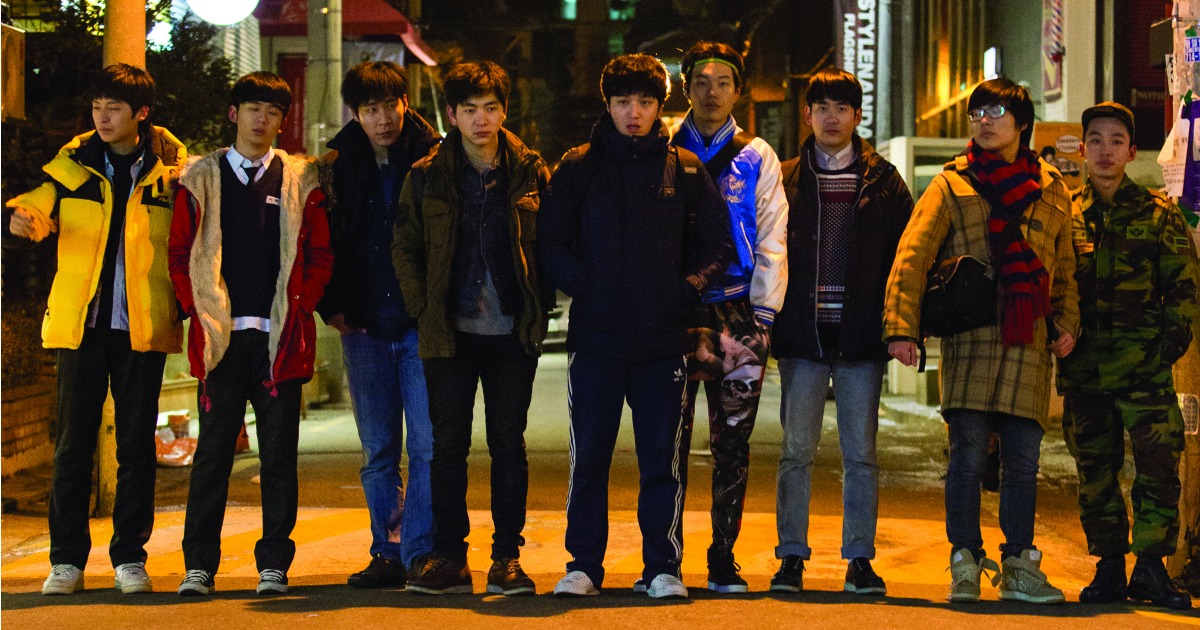 There are few things, in today’s modern social networking age, more disturbing than the disgusting hate monger that has seemingly festered just near the surface of today’s social interactions. With teens killing themselves over online bullying, and trolling seemingly becoming a full time job for the most despicable of people who peruse the web on a daily basis, the Internet is not only a world changing outlet for information, but also a vehicle for hate and violence that has forever altered the way we communicate.

And then comes Socialphobia. The latest film from director Hong Seok-Jae, this social drama comes from the Korean Academy of Film Arts, and is the most recent example of an ever growing section of cinema staring this “petri dish of online outrage” (as the press releases have brilliantly coined in discussion of the film) square in the face. Ostensibly a noir in broad daylight, the film introduces us to a collection of kids who, after a young woman tweets a few things they don’t agree with, go on a witch hunt to find and some believe physically harm this person. However, when their own dirt is thrust into the spotlight by a third party that is completely unknown to these kids, the film takes a decidedly dark and haunting look in the proverbial mirror.

The film thrives thanks to a superb structure. Much like modern day social interactions, we only learn things about the people involved in this narrative, ostensibly, through second hand recollections of those who only knew them superficially. While the beats here, as a film mystery, feel stayed and as if they were ripped out of a beginning writer’s pamphlet, they are told with such verve and energy that it becomes a rather gripping thriller. The film uses creative tricks like cutting away to tweets that fill the screen, furthering the story, or super imposing these messages over claustrophobic shots of stuffed classrooms or city streets, all of which both enhance the film and allow the film to feel higher in budget than it actually is.

Performances here are standard, and do a good enough job for this type of straight forward thriller. A cast full of no-name, non-actors, the film never relies too much on any one performance, allowing each character to carry equal amounts of weight. That being said, it does keep us at arms length with regards to these characters, which is both fitting and hard to truly engage with. If the narrative itself weren’t as strong a slow burn thriller, there would be little to keep the viewer engrossed or in continual conversation with the central themes. It’s also not a rare message for this type of film to get across, but there is quite a bit of creative energy within the way the message is given to the viewer.

On its face, the film sounds like any run of the mill issue pictures that have risen in the wake of numbers of headline-grabbing stories of web-based bullying and violence. However, this slow burn mystery is one of the rare ones that is as aesthetically experimental as it is genuinely tense and engrossing. Pushed forward by these little pockets of stylistic flourishes, the film is a superb message film that will hopefully find a home through any of the numerous genre-focused boutique distributors.