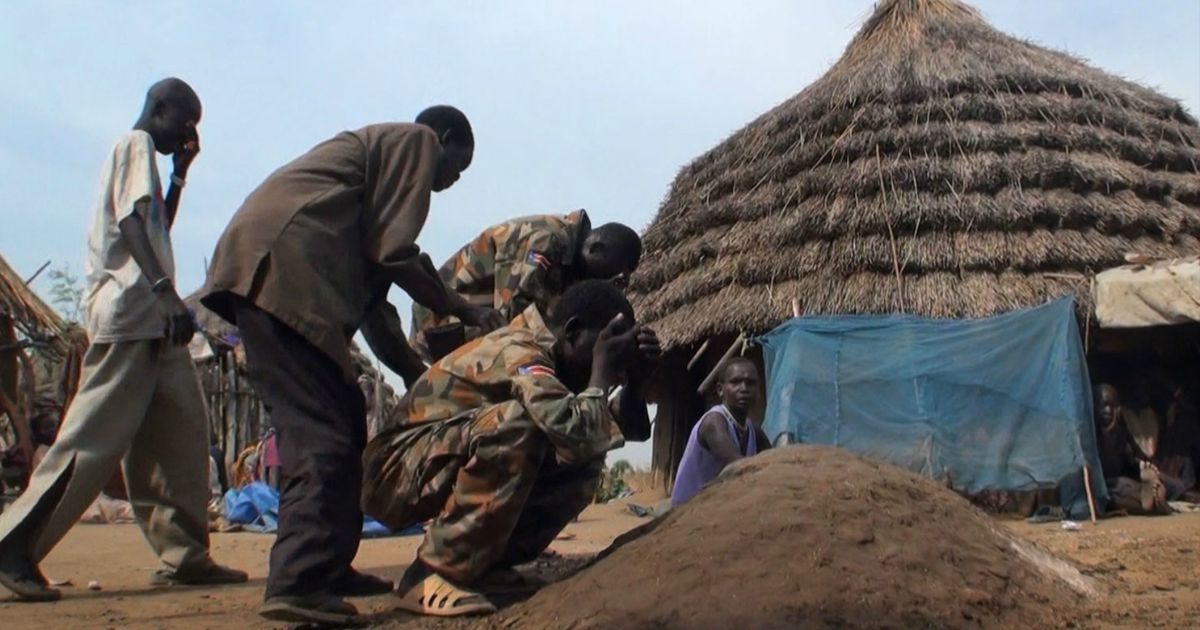 Colonialism is something many people often attribute to the earlier parts of the previous century, where many nations across the globe held colonies reaching far from their respective shores. However, while many colonies today have since become free and singular entities, we are far from the moniker of “post-colonialism” that many scholars see.

Proof? From director Hubert Suaper (Darwin’s Nightmare) comes We Come As Friends, a brilliant new documentary that teams the Oscar nominee with BBC Worldwide North America, as he looks at the beating heart of Africa. Focusing on Sudan, the largest African nation, he takes us into a world we don’t see on our TV sets anymore. With wars ravaging the continually splintering nation (the film focuses greatly on the creation of South Sudan which gained independence in 2011) , Sauper sees something seething under the skin of the war-torn region, leading to its never-ending implosion; colonialism. China wants to take its oil, the UN wants to keep its peace, and various other Western nations want to bring Jesus into the lives of the Sudanese people, all turning this breathtakingly beautiful nation and turning it into one that’s as soaked in blood as it is gorgeous.

The brilliance in We Come As Friends is in its aesthetic. Very much rooted in the philosophical documentary filmmaking aesthetic that we’ve seen become the status quo for the very best of modern non-fiction filmmakers, Sauper’s picture is one of rich visuals and an even more thriving mind. Billed as an “almost science-fiction like journey into the heart of Africa,” that descriptor is as spot on as one could ever dream of writing. This feels like no other world we’ve ever seen. The sequences giving us a glimpse into the lives of the Sudanese people are startling to see, in this world of ever growing globalism, and the blunt portrayal of those meddling in these waters is haunting. These men and women believe they are doing what is right, and in some cases what their creator put them on this planet to do, and watching the results destroy this nation is deeply unsettling.

Thematically, the film is as rich as they come. Never once putting its core beliefs into the ether, the film instead allows the viewer to set upon it their own view of the proceedings. Some things are undeniable. Sudan is destroying itself from the inside. We watch as warlords terrorize villages, and with the splintering of the nation growing ever so deep, this is one of the blunt facts about this part of the world. However, the roots go far deeper than some perverse war mongerers. Instead, the brilliance of this film comes in allowing the viewer to mine for the real root causes. Sauper is an unflinchingly political auteur, and this may very well be his crowning intellectual achievement.

Overall, We Come As Friends is yet another brilliant documentary from director Hubert Sauper and another thought provoking look at underseen parts of the world from progressive and introspective non-fiction filmmakers turned philosophers. A truly groundbreaking look at colonialism in a postcolonial world, Sauper’s latest masterpiece is one of the years most engaging and stimulating discussion pieces. A true gem, this film, a film that has nothing on its mind outside of trying to get to the root of one of today’s greatest geopolitical quandaries. In a world where help is needed, what happens when that help is either perverted or wrongly placed.