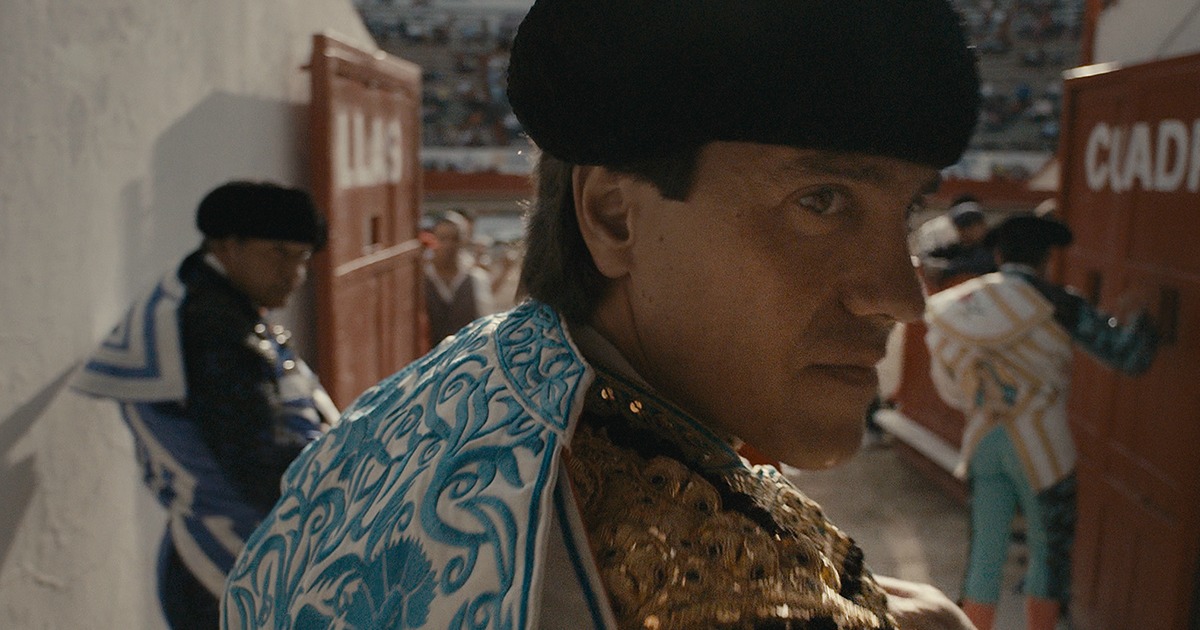 In very few jobs across the world is it respectable to be aggressively bad at what you do. Factory workers don’t get raises if they routinely build faulty items. Doctors don’t get awards for surgically removing the wrong body part. However, if you’re Antonio Barrera, not only are you genuinely bad at what you’re paid to do, but there is a distinct honor and respect behind that very fact.

See, Barrera isn’t just a bullfighter. No, no, no. Barrera is the most gored bullfighter in modern history, particularly due to his style which ostensibly consists of him throwing himself in front of a bull in a perverse game of “chicken.” Gored 23 times resulting in 17 surgeries and as much mental scar tissue as he has physically, Barrera is the subject of a new documentary from director Ido Mizrahy, entitled Gored, a film that at its best, invites the viewer into the brutal and savage world of bullfighting while not romanticizing a world that is slowly fading away.

As the film begins, we are thrust directly into a bullfighting ring, surrounded by a raucous crowd awaiting the main event. Barrera awaits the arrival of the bull he will be placed opposite, and it’s revealed that this is, indeed, his final performance. Despite being surrounded by a larger world that finds this “sport” to be a glorified, barbaric slaughter of an innocent animal, Barrera grew up admiring the bullfighter, living with the hopes of fulfilling his father’s dream of becoming one himself. Becoming known as not only the most gored bullfighter on the planet, but also one of the most driven and fearless fighters around, Barrera did more than exceed his father’s dream, using his fearless will to launch a rather grand career in the ring. However, everyone must retire one day, and that’s where Gored begins. After cutting away right as he and the bull near one another, the film goes backwards a week, and discovers that he has a beautiful family, all of whom are ready for him to leave the death defying sport he loves dearly. Over the following 76 minutes, the viewer dives headlong into the psyche of this man who readily admits to loving bullfighting more than anything else in his life, and goes as far as to contemplate whether or not he should give himself to the sport, and the bull, for good.

Mizrahy’s documentary is a film of tones. Using a blend of talking head interviews and archival footage introducing one to his family and allowing the viewer to see the man’s evolution, while also never flinching from the absolute brutality of bullfighting, the film never allows the viewer to condone what Barrera does, but also discusses what its supports find as the beauty in the kill. There is a real sense of nuance here that, while it is clear that bullfighting is an archaic sport that needs to be outlawed across the globe, allows the viewer to at least see why this man’s lack of fear is in some ways romantic. Then, however, the film shows us his homelife, and enlightens the viewer that maybe this fearlessness is also an aspect of a man’s disturbed mind. After he is gored at an event in Madrid, only to leave the infirmary where he was being treated and finish his match, he reveals that he had “lost respect for death,” and at another moment discusses the way dying during a match would be painless and “beautiful.” It’s this dichotomy, one man coming on screen discussing the beauty of the bullfight and another saying that, while smiling, he had “lost respect for death,” that is the film’s most profound aspect.

Aesthetically, the film is quite beautiful. Clocking in at just a pinch under 80 minutes, the film’s pace is mannered, giving the viewer a great deal of time with Barrera and, at its very best, inside his head as he prepares for his final fight and mulls over whether or not to die in the ring. With a score of electronic music, the film feels full of anachronisms, and yet each aspect congeals into a fascinating, small documentary. The sequences in which we watch Barrera go about preparing for his fight are engrossing, and the picture never allows for the sport to become glorified despite the lead’s Hemingway-esque view of bullfighting. Simply put, this is a beautifully made documentary less about the act of bullfighting, which is clearly a disgusting and heinous “sport,” and more about one man’s journey to find purpose outside of what has defined his existence for much of his life.