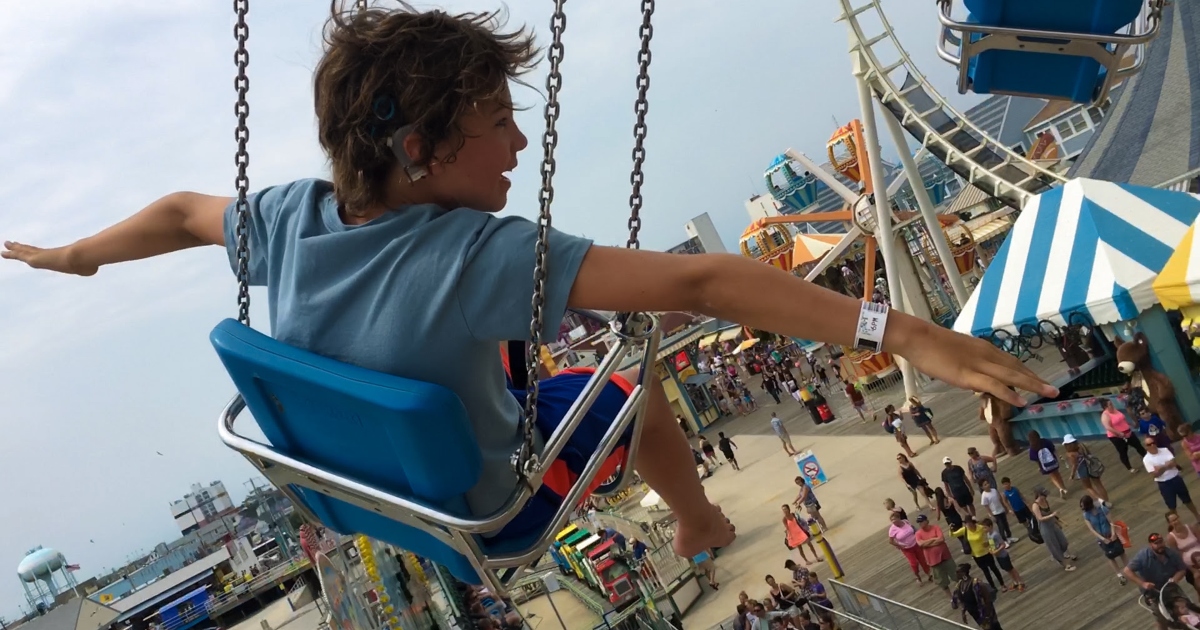 Returning to the subject matter that helped launch her career as a documentarian over a decade ago, filmmaker Irene Taylor Brodsky has after a career mainly comprising of short films and even a Slenderman documentary (2016’s perfectly fine Beware The Slenderman) lept back into the realm of the intimate family portrait for one of the year’s most emotionally moving documentaries.

Entitled Moonlight Sonata: Deafness In Three Movements, the film was originally conceived following her son’s interest in learning and performing the iconic Ludwig van Beethoven composition from which this film draws its name. Himself a youngster suffering from hearing loss just as Beethoven had while composing the piece, Jonas has an incredible connection to not only music but his grandfather, an elderly man who has spent ostensibly his entire life dealing with his own deafness in a way that, thanks to modern technology, Jonas may never have to. The film, with a potent and assured hand, weaves together these three stories, spanning generations as it attempts to breathe new life into the discussion of hearing loss and portray the deaf experience with humanity and an incredible sense of compassion.

In a world where documentaries are becoming more and more superficial in order to connect to a broader audience, to see a film of such intimacy is almost cleansing. While not everyone involved with the film seems to be as enthused to be doing so at each given moment, the camera is ever present, particularly regarding Jonas’ life, a life that’s been placed in front of a running camera almost from the very beginning. He’s more or less the film’s lead, and the main story involves not only his experience as a young person dealing with deafness, but the evolution within that experience as compared to the life his grandfather led just about a half century prior. The love they have for one another is palpable, but their lives and experiences through the world couldn’t be more different, particularly as he is beginning to lose more than just hearing.

Set opposite this deeply personal story are animated sequences that attempt to breathe life not only into the relatively low-fi film but also the composing of the central piece of music by Beethoven. Created by Jordan Domont and Brian Kinkley, these sequences are in their own right quite raw, attempting to in their own abstract way get at the frustration that deaf people experience as they flow through a world so routinely built for those with hearing. It’s this frustration and anger that lifts the film into a really special realm, as it not only connects the three central figures but does so in a visual language that makes it palpable for those of us who don’t have this exact life experience. Documentary cinema is at its best when it defines specific topics or ideas in universal visual terms, and in this way Moonlight Sonata becomes a tender and evocative document of a very specific human experience that’s palpable for any of us who have had to deal with a set back in our life that’s entirely out of our control. It’s a really special little picture.