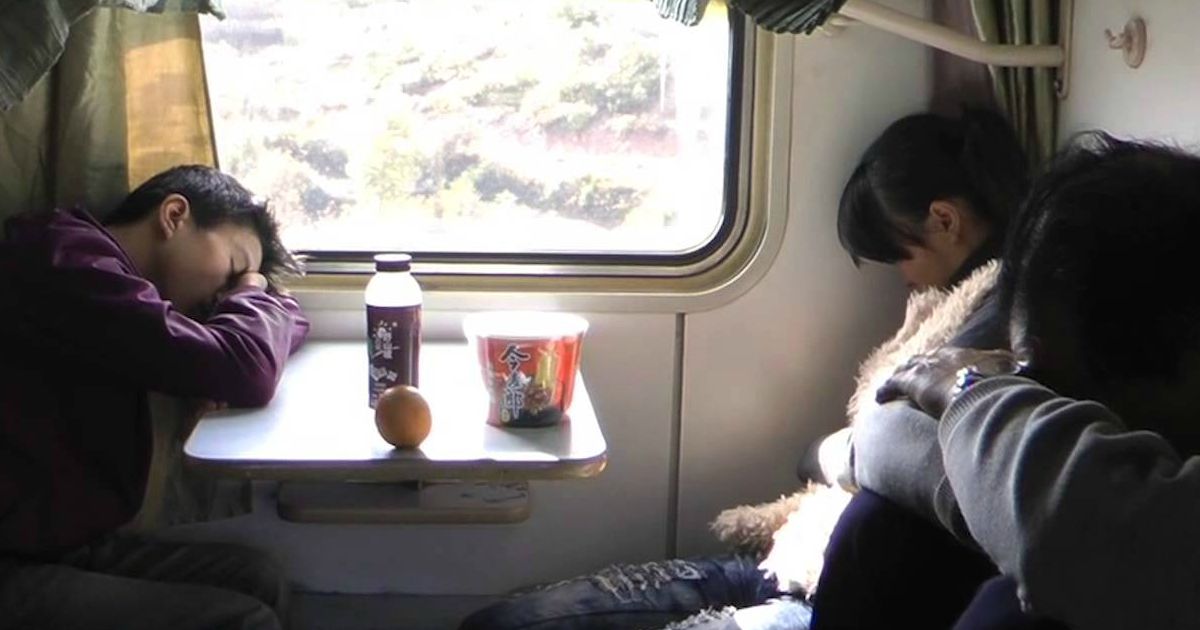 To many, the name J.P. Sniadecki doesn’t ring much of a bell. Even to many storied cinephiles, the young documentarian and his work is a relatively blank spot on their selective film canvas. However, with films like Leviathan and Manakamana, the team at Harvard’s Sensory Ethnography Lab have become some of non-fiction cinema’s most interesting and truly beloved voices. Sniadecki, along with directors like Lucien Castaing-Taylor and Verena Paravel (the latter of which Sniadecki teamed with on the film People’s Park), have risen to the absolute top of the documentary world with their engrossing and experimental motion pictures.

And now it’s time for Sniadecki to go it alone.

With The Iron Ministry comes the latest film out of the HSEL collective, and it’s yet another confounding achievement. Shot over  the span of three years on various trains in China, the film is a definitive piece of filmmaking from this era of non-fiction filmmaking. Very much intellectually stimulating and yet decidedly without a specific point of view, the film’s runtime is primarily spent delving the viewer into the world of China as seen through interactions caught whilst using their train system. However, to the film’s credit, Sniadecki takes to various different cars in the train he shoots, giving a broad reaching portrait of a nation that is still trying to come to terms with grand modernization.

The group at the HSEL is making definitively post-modern documentaries. In a universe where a director like Michael Moore is as much a star of his films as any of his central subjects, arguably much more in many cases, Sniadecki and his HSEL team are crafting documentaries that are as interested in the sensory side of filmmaking as it is the narrative aspects. Drawing almost all of its narrative and thematic resonance from in many ways context-free moments, a moment of young adults talking about the state of their homeland is as resonant as watching a food vendor flow through different cars on a train. It is through this aesthetic that Sniadecki is able to turn what is physically a moving train into a distillation of an entire nation and all the classism that comes with that.

Visually, the film is a triumph. Where a film like Manakamana was a static tableau and Leviathan was an almost brazenly experimental bit of impressionistic documentation, Sniadecki’s camera is both fluid and free, and yet very much guided by a singular hand. Contemplative and engaged in the world it is filming, Sniadecki isn’t afraid to inject himself into the film, doing so in a natural and informative manner. The photography here is top notch, and while it may lack an anarchic energy that a film like Leviathan (the best film of the bunch from HSEL) has, it is inarguably one of the year’s most beautiful and lush documentaries.

The name J.P. Sniadecki is far from a household one. However, his films are more than vital. With The Iron Ministry, he cements himself as one of the luminaries of today’s non-fiction cinema, and proves once again that the Harvard Sensory Ethnography Lab is producing the most forward thinking documentaries in recent memory.