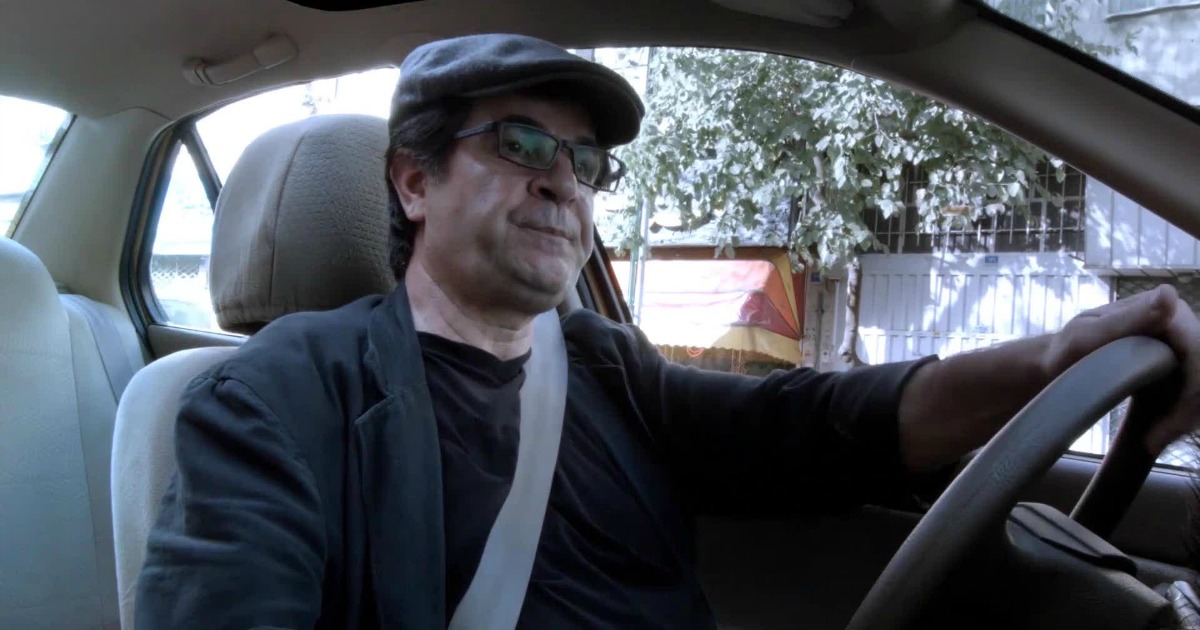 For most filmmakers, being banned from practicing his or her craft by their own government would be cause for a career to come to an end. However, Iranian auteur Jafar Panahi has proven time and time again that he is not “most filmmakers.”

By now, most cinephiles have become privy to the injustice surrounding Jafar Panahi, but for those who may not be familiar with the name, it’s a story of gross governmental censorship. In 2010, Panahi was placed under arrest along with his wife, daughter and 15 other friends, and ultimately charged with crafting propaganda against the Iranian government. Later that year he was sentenced to six years in jail and a 20-year ban from writing, directing or even giving a simple interview to any press outlet.

As he awaited his an appeal on his sentence he made 2011’s This Is Not A Film, arguably the single greatest directorial achievement so far this decade, and a brazen meditation on the state of his home nation, an angry look into a world where creative voices are seen as something more than dangerous. Taking a decidedly more surreal and experimental route for his next film, 2013’s Closed Curtain, an equally great film, Panahi would once again turn the camera inward, this time fashioning a film that felt more sad than the deeply mad previous picture. And now, as the ultimate act of defiance, Panahi is back with a third film in this unofficial trilogy of sorts, and what a better way to challenge those who look to silence the spreading of his craft than by making a damn road picture.

That’s just what Panahi has done with Taxi. Very much blending non-fiction and fiction storytelling tropes, similar to his previous film, Taxi finds Panahi at both his most experimental, and also his most existential. Ostensibly set entirely inside a taxi, the film sets Panahi behind the wheel, as he drives through Tehran making small talk with everyone from a bootleg DVD salesman to his niece. A quiet picture, the narrative here is deceptively minor scale, with the only real bursts of drama coming in one short segment near the middle of the film and then the very last, bravura moment of existential crisis. As funny as they are melancholic, the interactions here seem to the naked eye to be minor tales, but with Panahi’s hand, they become deeply profound.

While everything about this film screams pretension, this not only one of the year’s best films, but also one of its most intellectually stimulating. Big, broad ideas are being discussed here by Panahi, making this as much a political comment and outright revolutionary statement as either of his previous films post-arrest. His camera may never leave his taxi, but it has its eyes set upon Iranian society, cinema and humanity in as assured and clear headed a way as we’ve ever seen. Panahi loves his country. Loves Tehran. Loves the culture of Iran. The people. While never losing sight of this profound love of his homeland, Panahi is able to deftly illuminate the viewer on how much of a sociological prison Iran itself is, to the point where he’s more free now than he’s ever been. It’s a layered, nuanced picture that’s going to be discussed in film classes for generations.

Aesthetically, the film is rather startling as well. Admittedly lo-fi, Panahi takes the premise and really runs with it, giving us numerous vignettes that range from heart-warming to shockingly thrilling. Be it his give and take with his niece or a husband and wife who enter after the man has been involved in a car accident, the film is a wonderfully quiet look at Iranian culture, one that ends with a final shot that will leave you breathless. Very much a Panahi film in its assured hand with tone and even more so in the aesthetic quaintness, Taxi is a masterpiece in every sense of the word, from an intellectual level to an aesthetic one.

And yet, that doesn’t feel like it does the film, and Panahi, any real justice. An example of how backwards much of the world is to true art, this film, and any of Panahi’s pictures, particularly of late, are ripe examples of the true power of cinema. Despite being small in aesthetic scope, Panahi has been able to, with his last three films particularly, make some of the most angry, antagonistic and emotionally resonant political statements cinema has ever seen. May he one day see the justice he so rightly deserves.