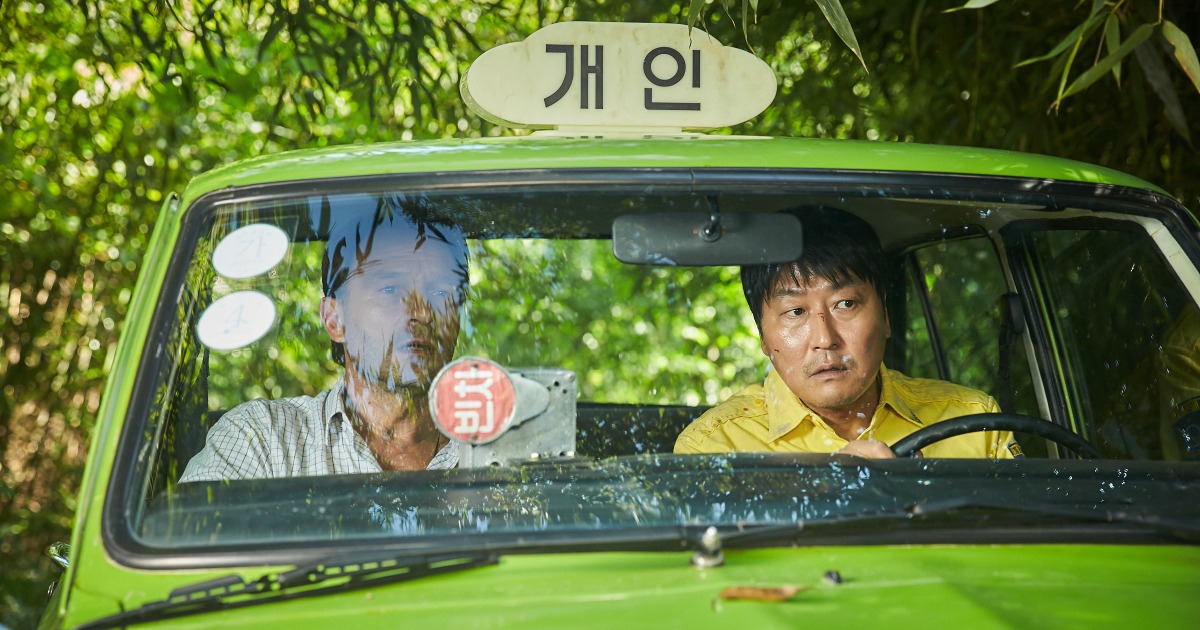 No, not that Taxi Driver.

From director Jang Hoon comes A Taxi Driver, a harrowing historical picture, a political thriller that proves once again that some of the truly great and most interesting films released in theaters today come squarely from South Korea. The film looks at the true story of a South Korean cabbie (the incomperable Song Kang-ho) who assists a German journalist (Thomas Kretschmann) as he attempts to make his way into the city of Gwanju. Set in 1980 during the infamous Gwanju uprising, the film tells a ground-level story looking at this terrible event that saw paratroopers begin firing on protesters, leaving hundreds of people either dead or seriously injured. The viewer is first introduced to our lead cabbie, only to discover that the world he inhabits is now under martial law, as protesters amplify their voice in opposition to the oppressive government. Based on the story of journalist Jurgen Hinzpeter, A Taxi Driver is at times funny and moving and others violent and unshakable.

Clocking in at just a pinch under 140 minutes, and with a politically focused narrative, the film may sound like a daunting viewing experience, and while it is unflinching (especially near the back third of the film), it’s also a profoundly human and humane effort. A Taxi Driver is set squarely on a bed of humor and humanity, particularly found within the performance of Song Kang-ho. With a face that’s as expressive as any great silent film icon, he is slowly morphing into one of world cinema’s great leading men, here giving a performance that is the beauty of this film made manifest. With an uncanny ability to go from deep sadness and despair to sly humor and back again, Kang-ho’s performance is an absolute delight, and the real heartbeat of the film. Co-star Kretschmann is also quite good, yet the white, outsider savior storyline does come off slightly old hat, despite its clear roots in historical fact. Where many may focus on the story of journalism and the power it holds, the real heart and soul of the film lies in the power of the everyman and the power a single action holds when wielded in a focused direction. There are moments in the film’s final act that are as moving as any you’ll see on screen the rest of this year, and while it doesn’t seem to quite stick the landing (the final coda while understandable is almost saccharine), the final act is an absolute gut punch.

Jang Hoon isn’t as well known as some of his Korean contemporaries, yet this is as expertly crafted a film as the region has seen in some time. The production design here is top notch, and the cinematography is gorgeous. It’s clearly influenced by commercial American cinema, or is at least in the “classical” tradition, whatever that descriptor truly means. Action set pieces are percussive, and while emotions run high, there is a conviction to each and every second that makes the proceedings incredibly tense and affecting. It’s simply a captivating story done with top notch work across the proverbial board.