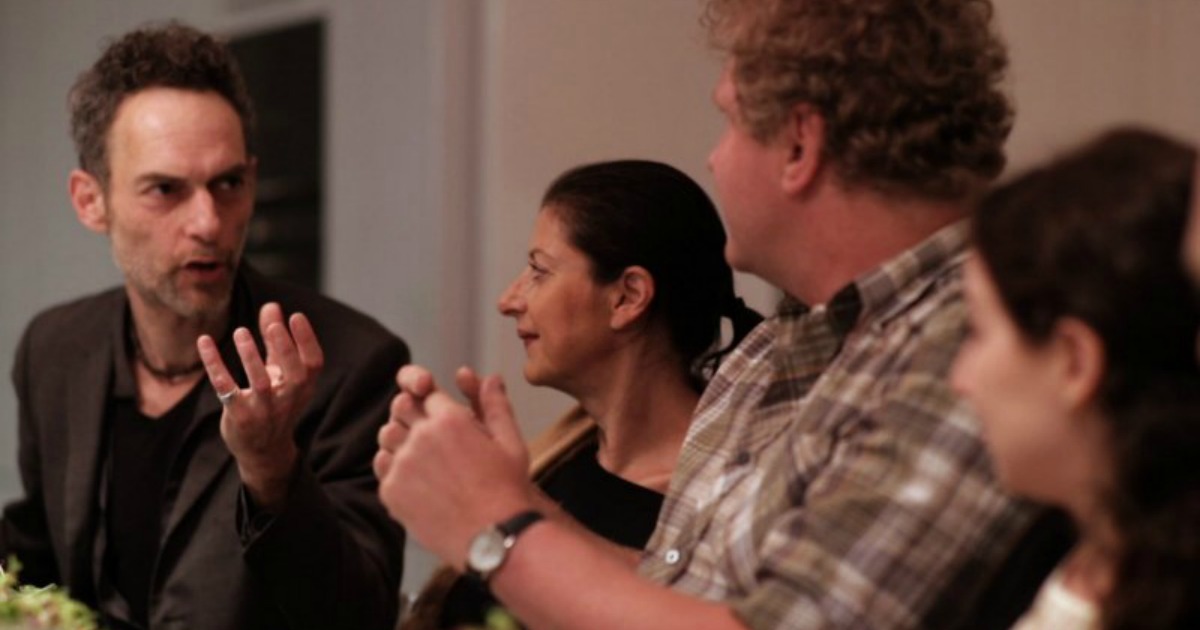 Clocking in at just under 80 minutes, finding the title Germans and Jews adorn the latest documentary from director Janina Quint can seem a little misleading. Itself covering the clearly complicated relationship between the two parties, particularly within Germany, Germans and Jews is an almost conversational meditation on the current state of the relationship and the evolution of the said relationship now over 70 years after the Holocaust.

The Holocaust looms large over this documentary, as one would properly assume, but in occasionally shocking ways. Itself the result of a conversation between friends Quint and producer Tal Recanati, the film opens with a group of second-generation Jews and Germans of non-Jewish faith about to partake in a discussion about the relationship between the two groups. Berlin is currently the European city with the fastest growing Jewish population, and this has sparked a strong discussion about the history shared between the two groups.

From this dinner table set conversation begins a series of interviews that attempt to track and dissect the history of German/Jewish relations following World War II, a history told through the first-hand accounts of men and women who lived through the war, arrived in Germany following it and even some born in a post-war Germany that saw non-Jewish Germans directly face the horrors their people committed generations prior. We even come into contact with people such as Fritz Stern, a German Jew and history professor who posits that it’s time the country move past discussing the horrors of its past.

However, Quint takes this idea, one that may seem laughable on the face of it but instead of mocking it or using it as some punchline like most issue documentary filmmakers may, she gives it respect and as throughout the film she gives this topic a moving level of nuance. Intimately crafted, Germans and Jews is a gorgeously made documentary, and although the structure may seem classical (it isn’t much more than a series of interviews edited opposite archival footage), these interviews are moving and engrossing and the central conversation that opens the film and runs throughout is stimulating.

There are deeply personal stories woven throughout this film as well. Be it the various first-hand accounts of being a Jew arriving in Germany post-WWII or generational battles which would see young Germans calling their parents fascists as a way of protest, each story here is as historically minded as it is decidedly anecdotal. This is a conversation at the very root of modern German identity. With numerous monuments erected across the country that focus on these horrific atrocities, the relationship between Germans and Jews is a conflicted on to say the absolute least. And yet, the beauty in this new documentary is the humanity with which this conversation is had.

Again, Germans and Jews is not a film of profound craft, instead, it’s a film of profound nuance and emotional depth. To tackle a subject as broad as the relationship between Germans and Jews in Germany seems nearly impossible, and yet to do so in under 80 minutes and with the levels of depth and intellectual stimulation as this new film is utterly bewildering. Opening on June 10, the film has been a relatively big hit, so much so as to garner an extended run in New York, so this is proving to be a film that touches a nerve with audiences. Hopefully, this run continues as it expands.