It’s hard to break new ground in the world of crime cinema. With every film in the genre somehow based on the idea of “lifelong criminal with aspirations of getting out decides to pull one last heist until everything goes wrong,” the genre has become a one chock full of entertaining and violent romps, but few actually treading any sort of new ground.

However, there are still the handful of nuggets housed within this rather crowded genre.

Enter the new film from director Jean-Luc Herbulot, a French crime thriller titled Dealer. Currently making the rounds at this year’s Fantasia Festival, this percussive and briskly paced thriller tells the story of Dan, a French criminal by trade who dreams of being able to take his child out of this situation and head to Australia to start a new, clean life. And it looks like that’s just what he has in store for himself as an old client has one last gig for him that could change his life forever. However, one knows that in these films nothing ever goes right, and that doesn’t change here, as everything goes south in what feels like the snap of a finger.

Owing a great deal to the crime pictures of one Guy Richie, Herbulot’s film is an absolute rocket ship of a feature film. Clocking in at just under 80 minutes, the film has the energy of a RocknRolla but with something aesthetically all its own. Where most crime films of this ilk are shot to make each situation either the most glamorous event in all of film or the dirtiest and most violent. However, Herbulot’s camera is almost universally claustrophobic, acting as if it is itself the muscle that’s about to put the squeeze on our driven lead crook. From the opening few sequences we become privy to the frenetic and almost oppressively lively, from the rock score to the rapid editing and quick cuts, all setting up a universe that is unrelenting and ultimately an existential nightmare. The film gets gorgeous photography from the credited trio of Nicolas Salet, Lionel Sautier and Gregory Turbellier that makes the most of this claustrophobic camera, finding our lead in a vast and depraved world of seedy criminals on his odyssey for a stolen kilo of cocaine. It’s a violent and energetic bit of filmmaking that may seem derivative of the genre, but thanks to an interesting collection of directorial choices, this has a singular look and feel that saves it from being just another crime thriller.

That said, the performances are seemingly all, across the board, your standard run of the mill crime thriller performances. Dan Bronchinson stars here and while it’s a fine performance, it is a character that feels stale and dated. The driven and unrelenting crook looking for a way out is a character as old as time, and not much new and fresh life is breathed into it by this turn. It’s fine, but just lacks that punch to make it a memorable turn. Bruno Henry is also fine but underwhelming here as the main mobster of this tale, Delo, whose drugs need to be returned or Dan’s life is forever destroyed. Elsa Madeleine and Salem Kali round out the film’s cast as a pair of supporting characters in Dan’s main squeeze Chris and his right hand man Salem, but neither of these performances really add much depth to the already relatively shallow and superficial narrative.

Despite being a raucous bit of filmmaking from director Jean-Luc Herbulot, this crime thriller never makes much of an impact in its viewer. From the opening credits you get introduced to a cast of characters that never become anything more than broad caricatures of a genre chock full of age old cliches, and while the direction here is truly entertaining and energetic, it isn’t enough to truly keep this film’s head above water. 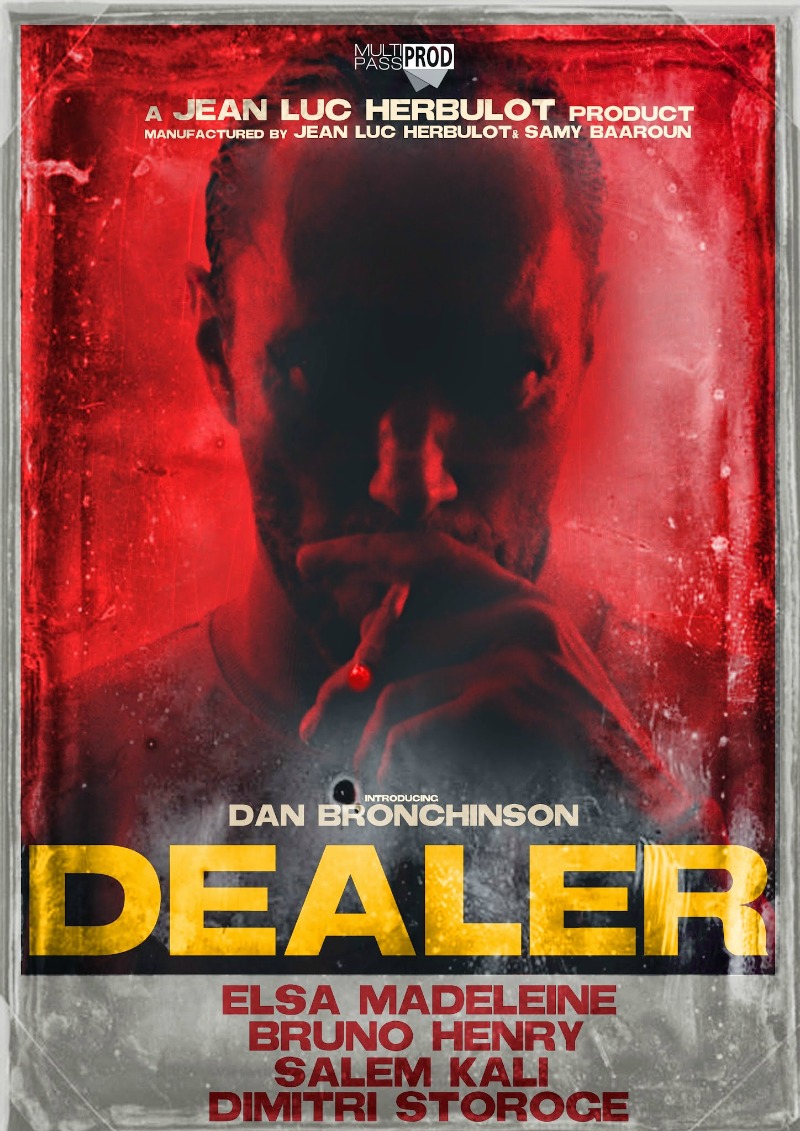