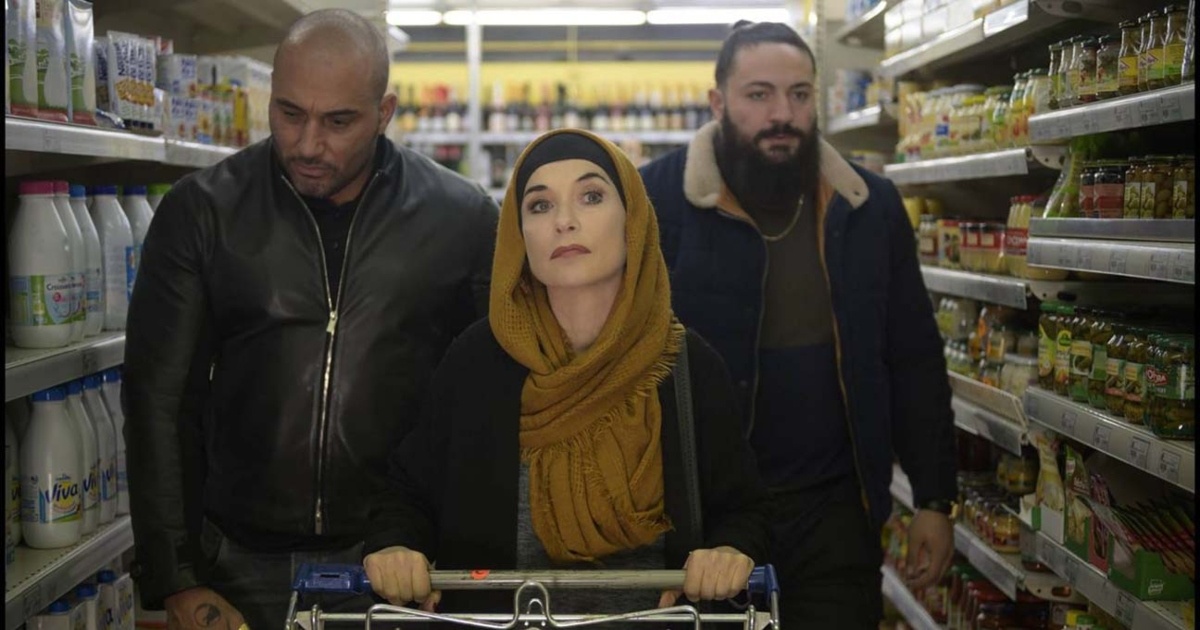 I say this to simply couch the following conversation around her latest effort, Mama Weed, as being one of real delight. Directed by Jean-Paul Salome, Mama Weed is little more than a glorified B-picture. Huppert stars as Patience Portefeux (I mean, come on), a French-Arabic translator working with the Paris police department in their anti-drug unit. As one may guess by the film’s incredibly silly title, due to issues pertaining to her aging mother and needing money to help with her medical bills, Patience finds herself drawn into the world she has tried to stifle her entire career.

Upon hearing the son of a nurse who is taking care of her mother on one of her wiretaps, she goes from simply trying to find a way out for him to fully getting involved, ultimately turning into the titular matriarch of a profitable drug ring. Drawn from Hannelore Cayre’s The Godmother, Mama Weed is a thinly drawn, endlessly compelling curio, even despite it’s simple storytelling.

Arguably the sole reason to sit through the film’s 106-minute runtime, Huppert is an absolute delight here. What could have been an easily thankless role becomes something truly magnetic thanks to an earnest turn from one of today’s great actors. Huppert gives Patience real pathos despite a flatly-drawn character, taking each cliche and upending it by sheer force of will. Liliane Rovere is also quite good here as Patience’s mother, but she’s not given quite as much to work with throughout the film. Both performances help give real texture to an otherwise flat film.

That being said, it’s aesthetically not as intriguing. Salome is a relatively new director here stateside, with eight films to his name but little presence outside of France. Here his direction is serviceable, giving the right amount of space to Huppert for her to take the reigns and thrive. The B-movie comparisons stop at the logline, with Salome’s direction lacking any real style or energy outside of some near-obnoxious montage sequences that pair terribly with an insufferable soundtrack. For much of the film’s runtime the narrative is seemingly directionless, only really finding any grounding thanks to a pair of performances pulling more than their weight. That all being said, there are images of Huppert selling wild amounts of drugs that are absolutely captivating if only for some strange, purely 2021 meme-like quality. It’s not anything pertaining to the film’s quality but there are numerous images throughout the film that will be truly difficult to forget if only for the sheer presence of the leading actress. That’s both a testament to how enchanting Huppert is on screen, and also how strangely flat and lifeless the direction is writ large.

For the most part Mama Weed is little more than a genre curio. Huppert’s performance is compelling enough to make the film worth seeing, and the sheer near-meme quality of some of these images will surely make this likely more buzzed about than it merits. That said, the film’s also a largely painless 106 minutes, so if Huppert selling weed to save her mom is a logline that draws one’s attention, little argument can be made against it.